The CEO of the Russian state-owned bank considers bitcoin a “technical instrument for transactions,” rather than a type of investment.

The CEO of Russia’s largest bank, Sberbank, officially confirmed that bank will not develop any crypto-related services 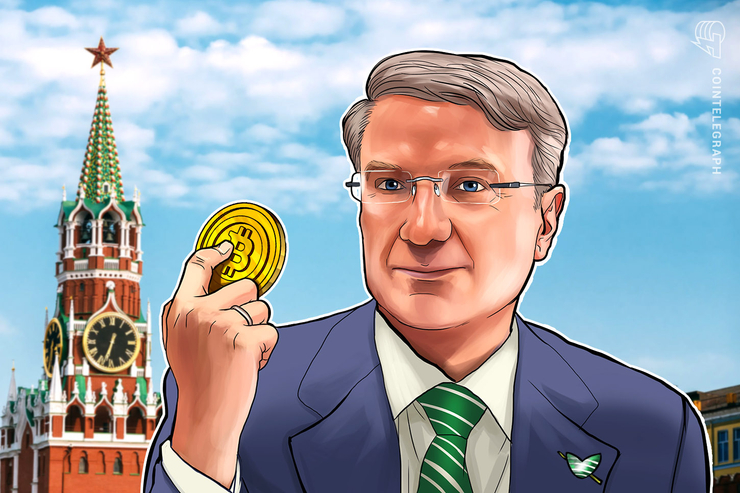 Herman Gref, Sberbank CEO and a former minister of economics and trade of Russia, claimed that the bank has never had any ambitious plans in the crypto space. Instead, the bank will now focus on blockchain applications for its services. Gref reportedly made his comments in an interview with local free-to-air TV channel NTV at the Saint Petersburg International Economic Forum.

Gref stated that Sberbank has never attracted a large amount of clients in crypto-related activities within the institution, adding that such activity was rather a demand of their customers. The official has noted that he is glad that the crypto market’s hype has gone, but that regular work with blockchain tech has remained.

The Sberbank CEO also noted that he considers bitcoin (BTC) a “technical instrument for transactions,” rather than a type of investment. He also shared his own story of investments in crypto, revealing that he had bought bitcoin when it was worth about $5 and used it for payment purposes instead of savings.

Gref stated that some products have turned out to be too expensive for him as bitcoin surged to be worth what he called “small fortune.” Adding that a part of his bitcoin holdings was lost along with codes, the official concluded that he is “not a casino player.”

Recently, Sberbank was reported to be halting its crypto-related plans due to the Russian central bank’s negative stance on the industry, as well as the lack of necessary legislation. Earlier in May, the bank had requested a client to provide certain data on their income from crypto, including the client's crypto wallet address, mining equipment and hash rate indicators.