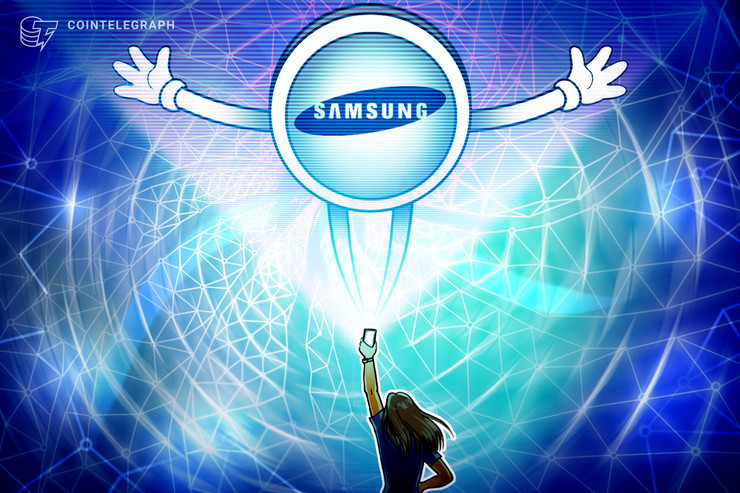 The president and CEO of Samsung SDS — an IT and consultancy subsidiary of the South Korean tech conglomerate Samsung Group — has revealed the firm is including blockchain as one of the key technologies for its “Digital Transformation Network.”

The development was revealed during president and CEO Hong Yuan Zhen’s keynote speech at Samsung’s Real 2019 event in Seoul on May 8.

In a press release accompanying the event, Samsung outlined that its Digital Transformation Framework aims to leverage technological solutions in support of digital innovation for sectors such as manufacturing, marketing/sales and management systems, among others.

Among its declared core competencies in terms of technical and industry know-how, the firm listed blockchain technology under the canopy of “innovative technology and platforms” — alongside artificial intelligence (AI) and internet of things technology.

As Cointelegraph has reported, Hong Yuan Zhen has previously affirmed his belief that blockchain can improve productivity in the manufacturing industry, similarly contextualizing its potential within the context of its combination with AI.

The Samsung SDS subsidiary has previously delved into blockchain via a partnership with major Dutch bank ABN AMRO on a pilot to use the technology for shipping. In summer 2018, Samsung SDS launched its own blockchain platform for finance-related businesses, “Nexfinance,” as well as a further blockchain implementation that targets the logistics industry.

This February, Samsung SDS announced it had developed technology to speed up blockchain transactions, dubbed “Nexledger Accelerator,” which had passed testing with Hyperledger Fabric.

In April, Indian IT giant Tech Mahindra revealed it would be expanding its existing use of Samsung SDS’ “Nexledger” enterprise blockchain platform.

Later in April, the subsidiary unveiled “Nexledger Universal,” a new version of its enterprise blockchain platform, which offers an application programing interface that can be applied to different blockchains such as Ethereum, Hyperledger Fabric and the firm’s own Nexledger Consensus Algorithm.