The United States Securities and Exchange Commission has delayed its decision on three Bitcoin ETF applications until autumn. 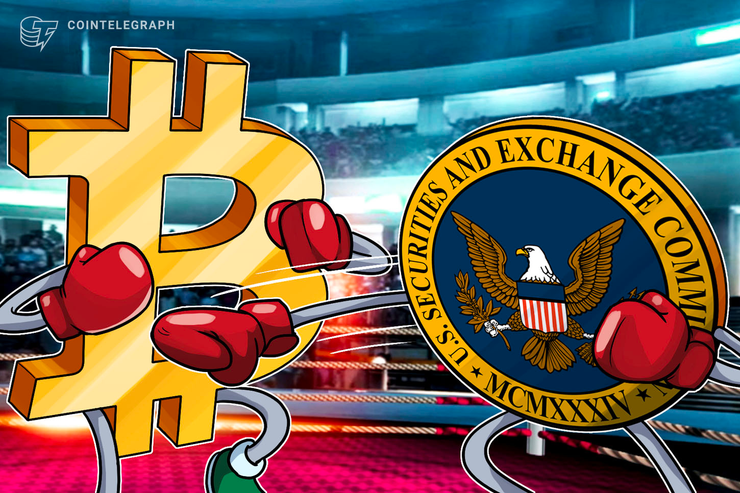 According to documents published on Aug. 12, the SEC has will put off a formal decision on proposed rules changes by NYSE Arca and Cboe BZX Exchange for three Bitcoin ETFs: by asset managers VanEck SolidX, Bitwise Asset Management and Wilshire Phoenix.

The SEC announced it has delayed its decision for listing VanEck to Oct. 18, while Bitwise’s listing on NYSE Arca will be delayed to Oct. 13. The decision on Wilshire Phoenix’s United States Bitcoin and Treasury Investment Trust has been postponed until Sept. 29. The SEC stated in each case that:

ETFs are a type of security that tracks a basket of assets proportionately represented in the fund’s shares. They are seen by many as a step forward for the mass adoption of digital assets.

Securities laws give the SEC the right to postpone its decision on proposed financial products in order to gather information or further deliberate on a rule change that would allow the listing.

Prior postponements and possible delays

Today’s news marks the latest in a series of delays on a Bitcoin ETF. The SEC had previously delayed its decision on VanEck and Bitwise’s ETF applications in March, and again in May.

Following the May decision, the SEC decided to publish 14 questions, available to the public, in order to gather more information and opinions about VanEck’s proposal.

Last December, SEC “Crypto Mom” Hester Peirce told investors not to hold their breath when it came to waiting for a Bitcoin ETF. She then stated:

“Definitely possible could be 20 years from now or it could be tomorrow. Don’t hold your breath. The SEC took a long time to establish Finhub. It might take even longer to approve an exchange traded product.”

In June, SEC Chairman Jay Clayton said that the regulator must first feel comfortable with the security of cryptocurrency custodial services before it could move ahead on an ETF. Clayton also said that the SEC must be satisfied that protections are in place for preventing market manipulation.