The Bitcoin (BTC) block reward halving is set to occur on May 12 and traders have mixed opinions on the direction of BTC price following the event. Some believe that a “sell the news” type drop will occur after the event while others foresee bullish continuation.

If BTC, the top listed asset on CoinMarketCap, rises in price after the halving and breaks out of its 315-day cycle wherein it saw five consecutive failed attempts at an extended rally, a powerful upsurge could occur.

The upcoming Bitcoin halving is the only mechanism that exists which affects the production and supply of BTC. Given that Bitcoin is a deflationary currency due to its unalterable monetary policy, anything that affects its supply will have an eventual impact on its price.

Traders have come to anticipate a sell-off following the halving because it is an event that is set in stone. A halving occurs once every four years and previous halvings were triggered in 2012 and 2016.

In previous halvings, the price dropped afterward, recovering over the months that followed and eventually reaching new highs 10 to 11 months later.

The highly expected nature of the halving increases the probability of a market dump in the aftermath of its activation. But, if that does that happen, BTC can potentially rally towards the macro range high at $11,500 and $12,400.

A chart shared by a crypto trader called “Galaxy” portrays the possible price trend if it does not correct after the halving.

“The fact that BTC is going to $13K simply cannot be ignored,” said the trader while exploring the scenario of Bitcoin if it cleanly breaks out of the $9,500 to $9,900 resistance area. 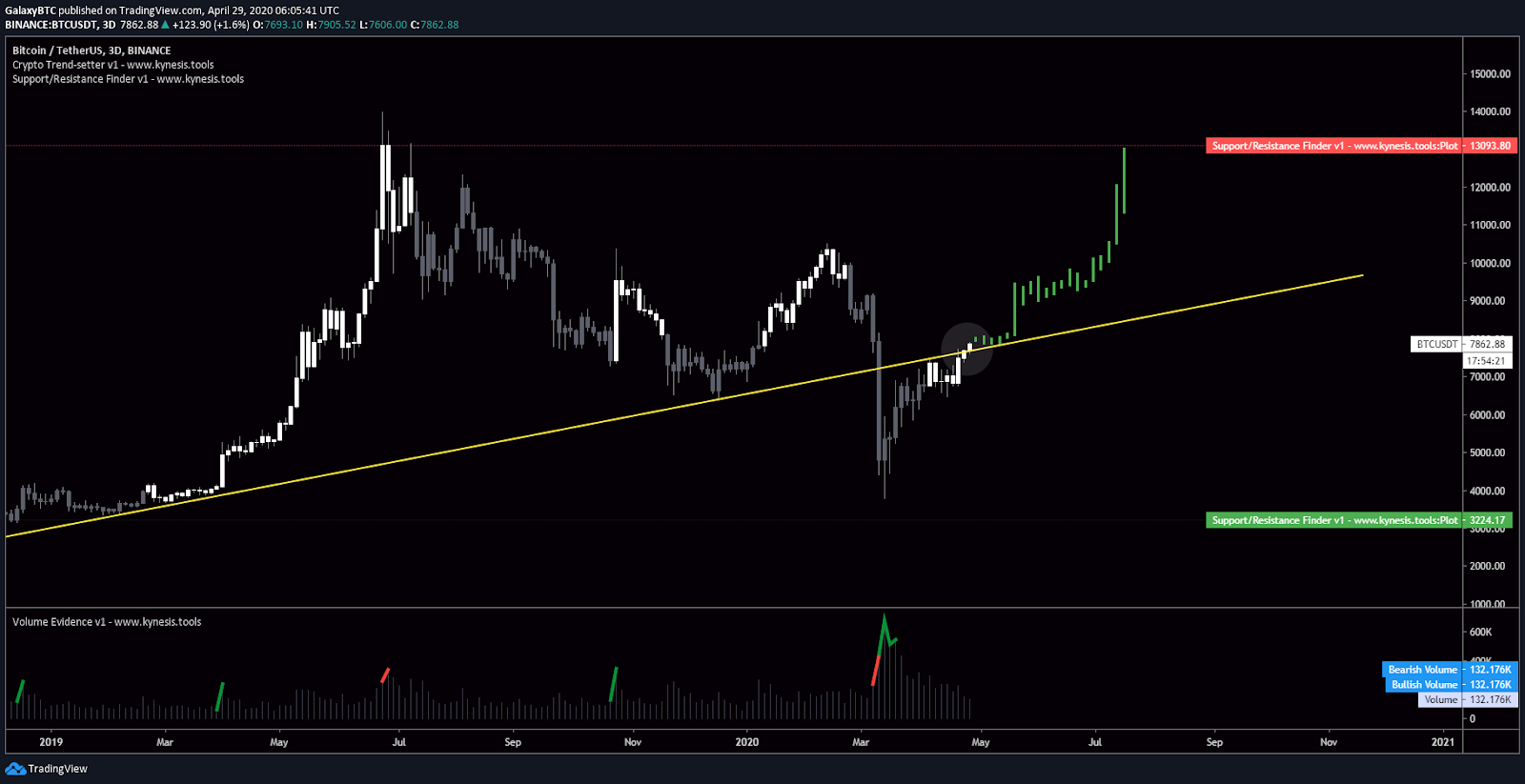 Bitcoin fractal if it does not correct after the halving. Source: Galaxy

Such a scenario playing out for Bitcoin in the short-term would result in the dominant cryptocurrency entering an entirely new price cycle and securing a fresh start to a new multi-year range.

Most technical indicators signal a pullback

The probability of an extended Bitcoin rally immediately after the halving without any correction still remains low.

Another crypto trader known as “Byzantine General” stated that virtually every major technical indicator suggests a pullback for Bitcoin is due following a 150 percent price surge since March. 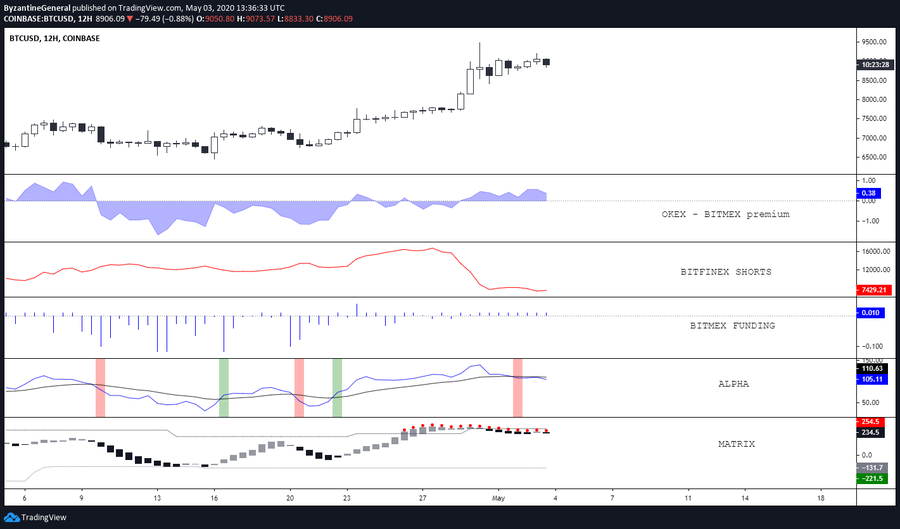 Other sell signals that may threaten the recovery of Bitcoin include the Relative Strength Index overhead resistance dating back to 2017 and record-high sales that occurred in the over-the-counter market when BTC was at $9,400. Both strengthen the argument for a post-halving drop.

While selling pressure in the cryptocurrency market outweighs buying demand, there is still a possibility that a post-halving upsurge happens. Historically, Bitcoin has shown that it can remain bullish despite glaring sell signals.