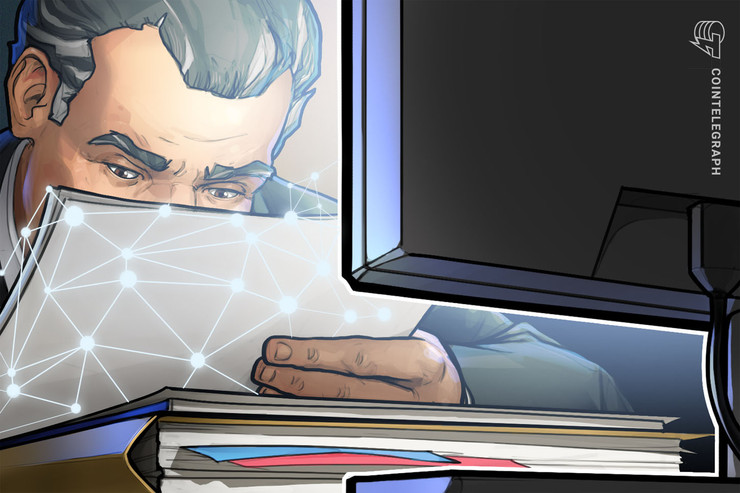 French specialized credit institution Societe Generale SFH issued a 100 million euro ($112 million) bond as a security token on the Ethereum (ETH) blockchain. The company announced the development on its website on April 23.

Societe Generale SFH —  which is a subsidiary of one of Europe's largest financial services groups, Societe Generale Group —  has rolled out its first pilot project developed in collaboration with Societe Generale FORGE. The latter is an internal startup launched through the Group’s intrapreneurial program, the Internal Startup Call.

The transaction’s goal was to investigate a more efficient way for bond issuance, which would potentially facilitate better transparency, and faster transferability and settlement. The company says in the announcement that the product “proposes a new standard for issuances and secondary market bond trading and reduces cost and the number of intermediaries.”

Last September, Societe Generale became one of the major financial organizations that  launched a joint venture dubbed komgo SA to oversee a new blockchain-based platform for financing the trading of commodities.

The venture aims to digitize trade and commodities finance processes through a blockchain-based open platform, and was developed in partnership with the Ethereum-focused blockchain infrastructure and solutions group ConsenSys.

Earlier in April, Private bank Kleinwort Hambros, which is owned by Societe Generale, launched an exchange-traded note made up of blockchain-related companies. The stocks reportedly included 20 companies, which are expected to profit from blockchain and distributed ledger technology adoption.

As reported today, head of digital market assets at Credit Suisse, Emmanuel Aidoo, said that the desire among financiers to maintain the status quo is holding back the adoption of blockchain technology. Aidoo argued that banks’ unwillingness to adopt blockchain lies in the culture within banks, and has nothing to do with the technology’s immaturity or a lack of potential use cases within financial organizations.