The top 20 coins by market capitalization are all seeing green after wavering slightly earlier today.

7970 Total views
252 Total shares
Listen to article
0:00
News
Own this piece of history

Jan. 1 — the top 20 coins are seeing moderate gains over the 24-hour period. Bitcoin has scaled back above $3,800 after falling below the mark earlier today. 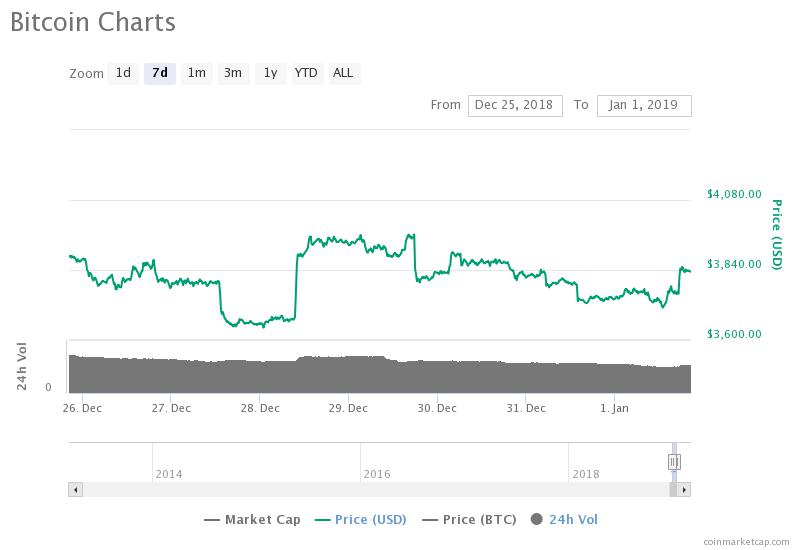 The second largest cryptocurrency by market capitalization, Ripple (XRP), is up over three percent on the day and is currency trading at $0.362, down from a weekly high of $0.390 on Dec. 26. 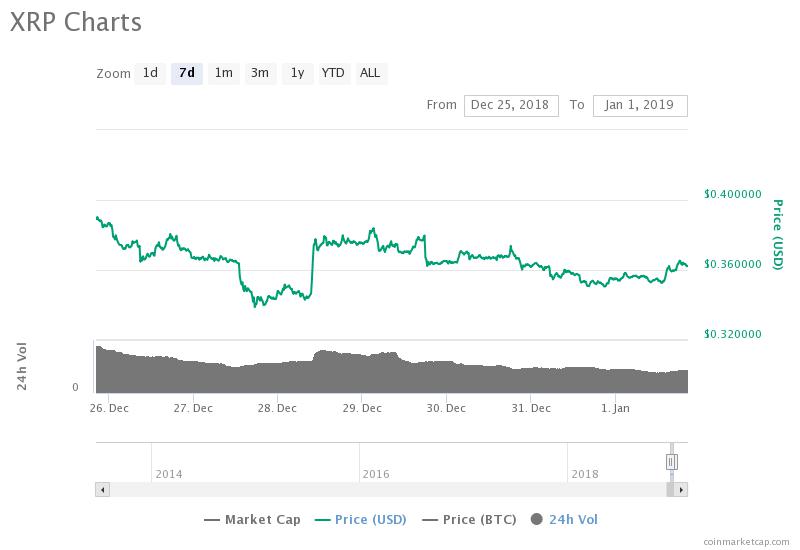 Ethereum (ETH), the world’s third largest crypto by market capitalization, is gaining on XRP, which overtook ETH in September 2018. The divide in market cap between the two coins has continued to close over the day. At press time, Ethereum and XRP have market capitalizations of $14.7 billion and $14.79 billion, respectively. At press time, Ethereum is up nearly six percent on the day and is trading at $141. 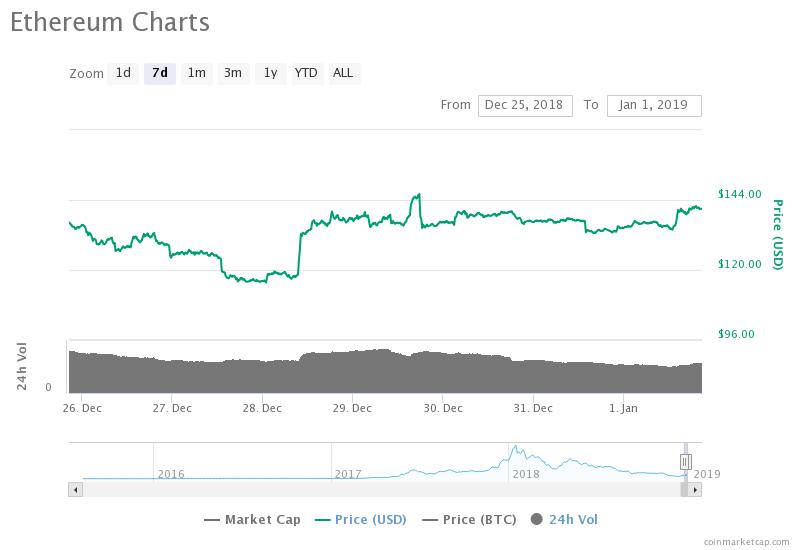 All of the top 20 cryptocurrencies are currently in the green. Some altcoins that are seeing gains are Bitcoin SV and Monero (XMR), which are up 7.74 percent and 5.47 percent over the 24-hour period, respectively.

Earlier today, Monero announced that it was the exclusive cryptocurrency to be accepted at the online merchandise store of popular multiplayer video game Fortnite.

Total crypto market capitalization is currently $129.8 billion, down slightly from its weekly high of $134.3 billion. 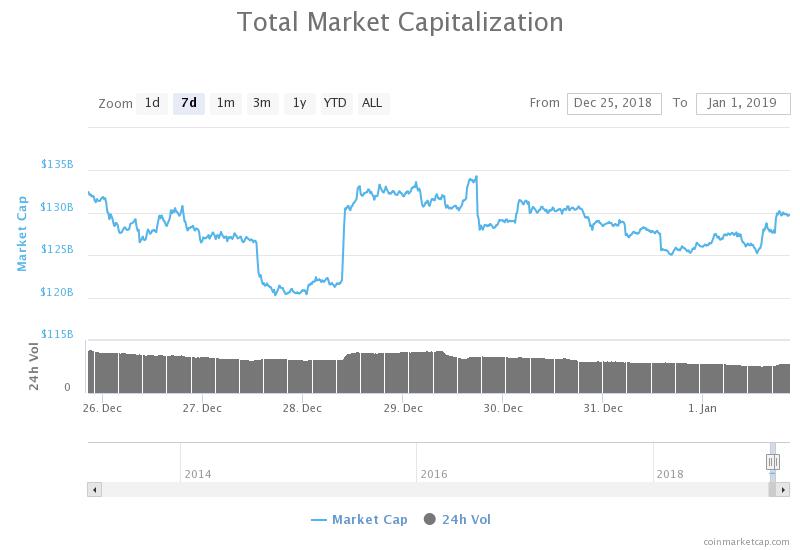 As the new year begins, experts and industry players are making their predictions for how the crypto market will fare in 2019. Earlier today, venture capitalist Fred Wilson said that crypto will not be a safe haven for investors in the coming year.

Wilson — a cofounder of New York-based venture capital firm Union Square Ventures and an early digital currency investor — said that stablecoins will see significant progress and consumer adoption this year, along with non-fungible tokens, cryptogaming, and earn and spending opportunities.

According to the Wall Street Journal (WSJ), one of the current roadblocks to broader crypto adoption is that it is “largely usable only by developers.” A recent article by WSJ stated that “Few tangible uses for Bitcoin and its underlying blockchain technology have emerged.”