Financial analysts say a growing number of retail investors are betting on Bitcoin as a hedge against macroeconomic turbulence and U.S.-China trade war.

3483 Total views
131 Total shares
Listen to article
0:00
News
Own this piece of history

Financial analysts say a growing number of retail investors are betting on Bitcoin (BTC) as a hedge against macroeconomic turbulence during the protracted United States-China trade war.

EToro’s data reveals a correlated uptick of positions in both Bitcoin and gold on its platform following news announcements of escalating trade tensions between the U.S. and China.

While gold has long been regarded as a safe haven asset during periods of macroeconomic or geopolitical instability, eToro’s data points to a growing perception among investors of Bitcoin as a form of “digital gold” and store of value in an uncertain global climate. 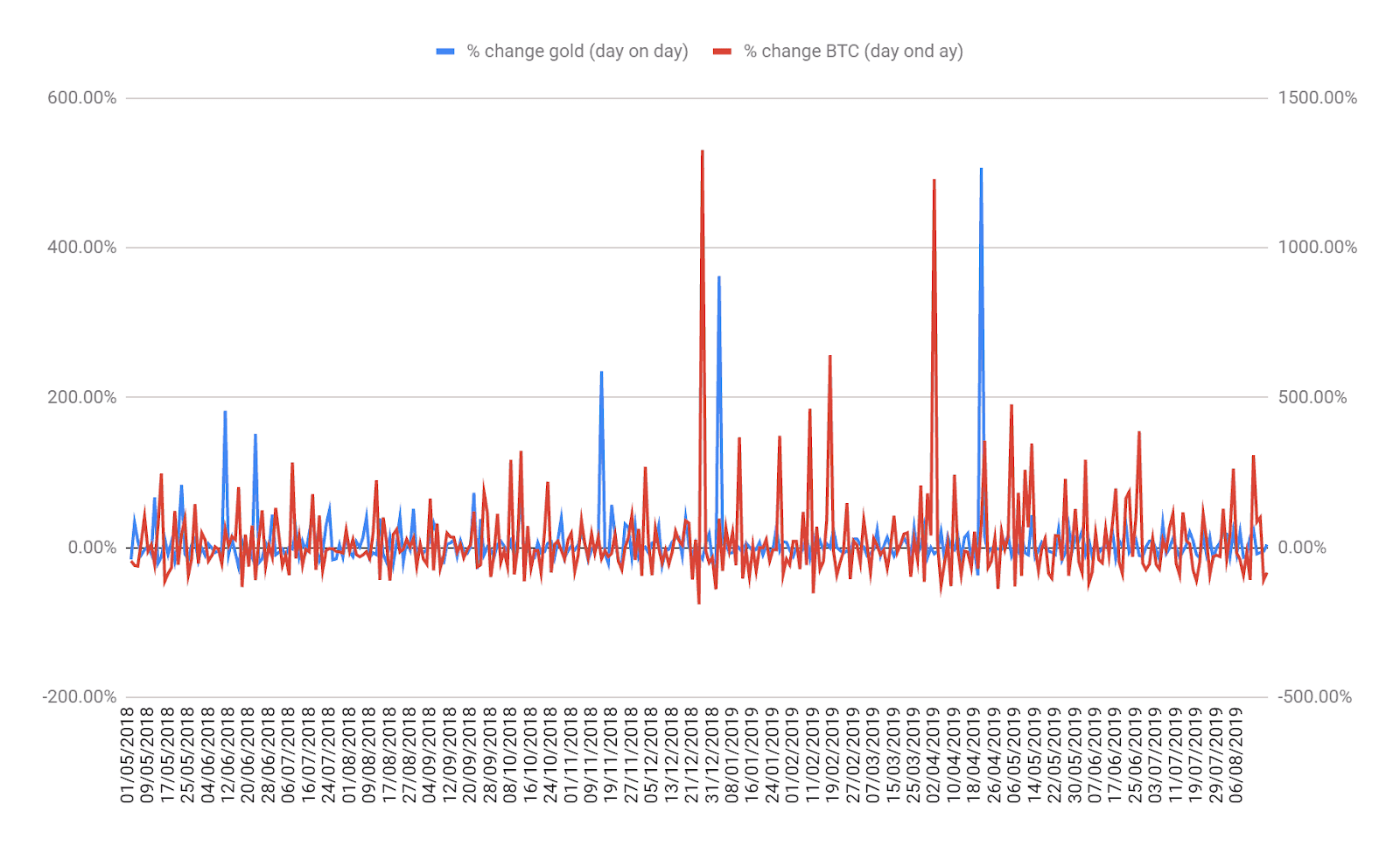 Peters conceded that several factors still impede mainstream acceptance of Bitcoin as a sure-fire hedge, noting that its reputation continues to be marred by perceived price volatility, alleged market manipulation and the prevalence of hacks in the cryptocurrency sector.

EToro’s data corroborates a narrative that has been gaining increasing traction at a time when global financial markets are reeling from unpredictable — and arguably unprecedented — upheavals in the trade relationship between the two largest economies in the world.

Not only the Washington-Beijing showdown, but a host of political risks across the globe — from Hong Kong to the United Kingdom and the Middle East — are putting investors on a knife-edge. As one Japan-based trading adviser told a CNBC reporter earlier today:

“The talking point is still the U.S. yield curve inversion and whether the U.S. economy heads into a recession [...] In short, the atmosphere is not so good.”

Earlier this month, Cointelegraph reported on fresh data from Bloomberg revealing that the correlation between Bitcoin and gold had almost doubled in the past three months.

Recognition of Bitcoin as a non-sovereign and secure store of value in uncertain times has been voiced across the investment landscape; analysts are consistently citing macro factors — including central banks’ dovish policy turn — in relation to Bitcoin’s bullish trade volumes and price performance this year.