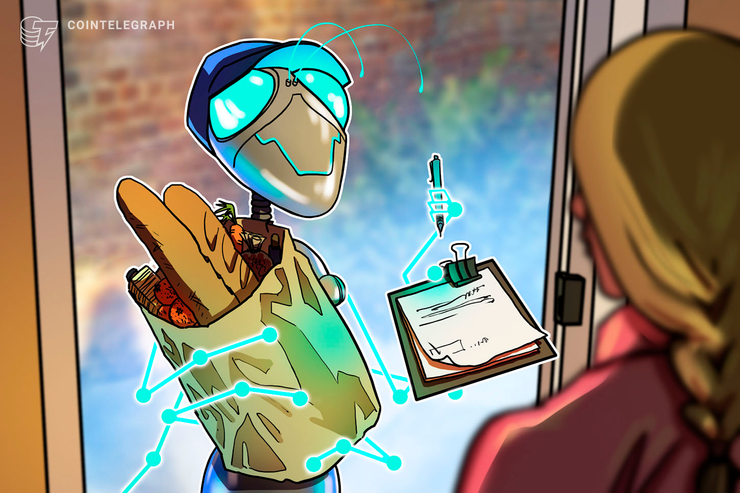 In a blog post on Nov. 7, the company confirmed it was working with food certification group DNV GL and supply chain specialist ASI Group on the project, known as Foodgates.

The original announcement came at this year’s China International Import Expo (CIIE), being held from 5-10 Nov. in Shanghai.

VeChain revealed Foodgates had already been put to work, importing French beef to China for an event attended by French president Emmanuel Macron and China’s Xi Jinping, who also spoke at CIIE.

China given a blockchain go ahead

As Cointelegraph reported, China recently unleashed huge official support of blockchain technology, with Xi himself urging its use in a speech in late October.

The surprising development accompanied news that China could become the first country in the world to release its own central bank digital currency (CBDC). Following Xi’s words, local media began warning citizens about the legal implications of criticizing blockchain or calling the technology a scam.

“VeChain, being a global blockchain technology platform provider with significant resources in China and Europe will be a direct beneficiary of this bullish shift by the second largest economy in the world,” the blog post added.

Blockchain has made significant inroads into the food industry in recent years. Businesses have devoted energy to tracking everything from coffee to lettuce, arguing immutable ledgers save time, money and add security to supply chains. Nonetheless, criticism has come from experts who have identified shortcomings in potential new systems.

“The weakest link in the chain is not blockchain or any technology, the weakest link is the piece of sticky tape that puts the label on the package,” PwC analyst explained in an interview on Thursday.

Additionally, VeChain’s announcement saw instant benefits for investors in its native VET token, which rose around 40% this week after an initial dip.