Uncertainty over where Bitcoin will go after its $9,400 rally, a well-known BTC educator criticizes Chainalysis, and nerves over North Korea’s crypto holdings.

Bitcoin rally above $9,000 stalls as sellers push BTC back to key support

What a week it’s been. After starting Monday at $7,650, Bitcoin surged through previously stubborn resistance levels to hit highs of $9,440. The gains mean the world’s biggest cryptocurrency has comfortably outpaced the Dow’s price recovery. Bitcoin’s handsome year-to-date returns have also outshone gold, its last major competitor — cementing its position as 2020’s best-performing asset. Coinbase crashed as BTC skyrocketed, with the exchange acknowledging there were “connectivity issues.” The significant milestones didn’t end here. Bullish momentum has meant the Crypto Fear & Greed Index has exited its lowest possible reading — “extreme fear” — for the first time in seven weeks. Meanwhile, data from Glassnode suggests Bitcoin has migrated from the “hope” to the “optimism” phase. The only question now is whether sentiment will grow into “belief,” or retreat to “anxiety.”

That’s the big question now on everybody’s lips… what’s next? Bitcoin did cool off substantially after Thursday’s surge, slipping more than 9% to $8,550 the very same day. Cointelegraph analysts, such as Michaël van de Poppe, warn significant resistance at $9,500 could put BTC’s pre-halving rally in jeopardy, with less than a week to go. He described the $9,200-to-$9,500 resistance zone as crucial. It provided support throughout the summer of 2019, and this week, it seems an overwhelming amount of traders chose to sell at this level. Van de Poppe says Bitcoin needs to achieve a clear breakthrough of $9,000 for the rally to continue — warranting a continuation toward $9,400 that opens up the road to $10,500 with enough momentum. Failing to hold this support could prompt downward momentum, with the analyst noting that BTC prices peaked three weeks before the last halving in 2016, only to crash after it occurred.

Antonopoulos: Chainalysis is helping the world’s worst dictators and regimes

During a recent interview, Bitcoin educator Andreas Antonopoulos left viewers in no doubt as to how he feels about Chainalysis. He compared working for the blockchain intelligence firm to having a job at a weapons manufacturer or being employed by a company that builds cages for refugee camps. Antonopoulos accused companies like Chainalysis of being “in an arms race against privacy” — and providing the world’s worst dictators and regimes with information that violates the civil rights of millions of people. Chainalysis Co-Founder Jonathan Levin passionately defended his firm in a statement to Cointelegraph and stressed his company does not work with dictatorial governments “as a general rule.” He went on to argue that regulatory compliance is essential for Bitcoin to be more widely adopted. 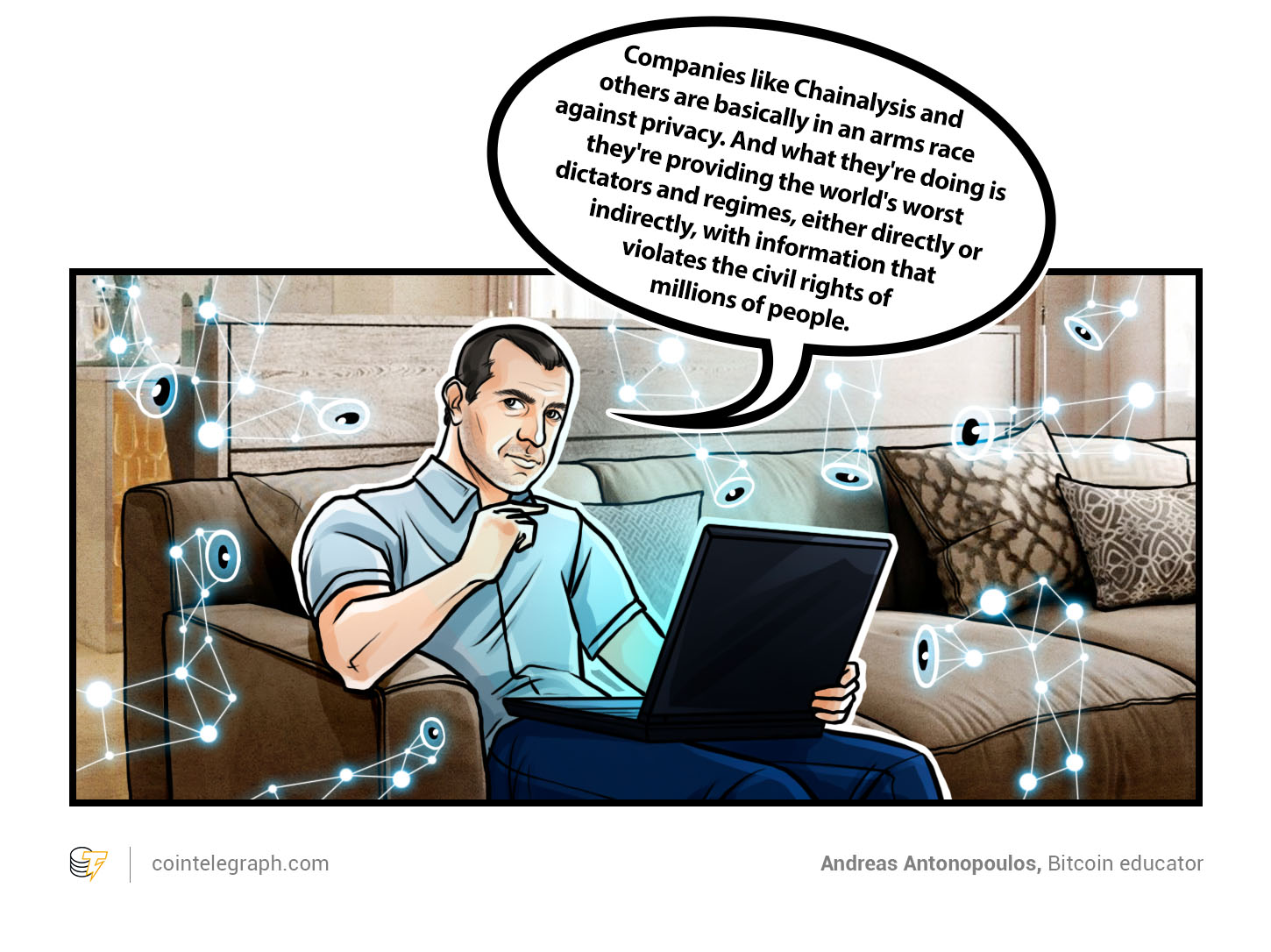 When Anne-Elisabeth Hagen went missing in Norway in October 2018, her family received a ransom note demanding $10 million in Monero. But now, police believe the ransom may have been made up to distract investigators, and they have arrested her millionaire husband Tom on suspicion of murder. Inspector Tommy Broeske said: “There was no kidnapping, no real negotiating counterpart or real negotiations. There are indications of a will to sidetrack [the investigation].” Hagen’s lawyer says his client denies any involvement in the crime — and the businessman is yet to be charged.

Rumors have been swirling around concerning the health of North Korea’s chain-smoking, obese leader, Kim Jong Un — and there’s even been speculation he has died following failed heart surgery. This prompted concern in the crypto community that Pyongyang may end up selling the crypto holdings under Kim’s direct control. Estimates suggest these assets are worth a whopping $670 million, and any bulk sale would cause prices to crash. A journalist’s joke that 65,000 BTC had been transferred from Kim’s Trezor wallet to Coinbase didn’t help matters. On Wednesday, an individual associated with the government told Cointelegraph that Kim is in good health — and said he believes Bitcoin has a role in North Korean society. “Crypto is a good resource against imperialism,” Alejandro Cao de Benos de Les Perez added. You’ll be pleased to hear that North Korean state media has since reported on Kim’s first public appearance for almost three weeks. The occasion? Cutting the ribbon at a newly opened fertilizer factory. 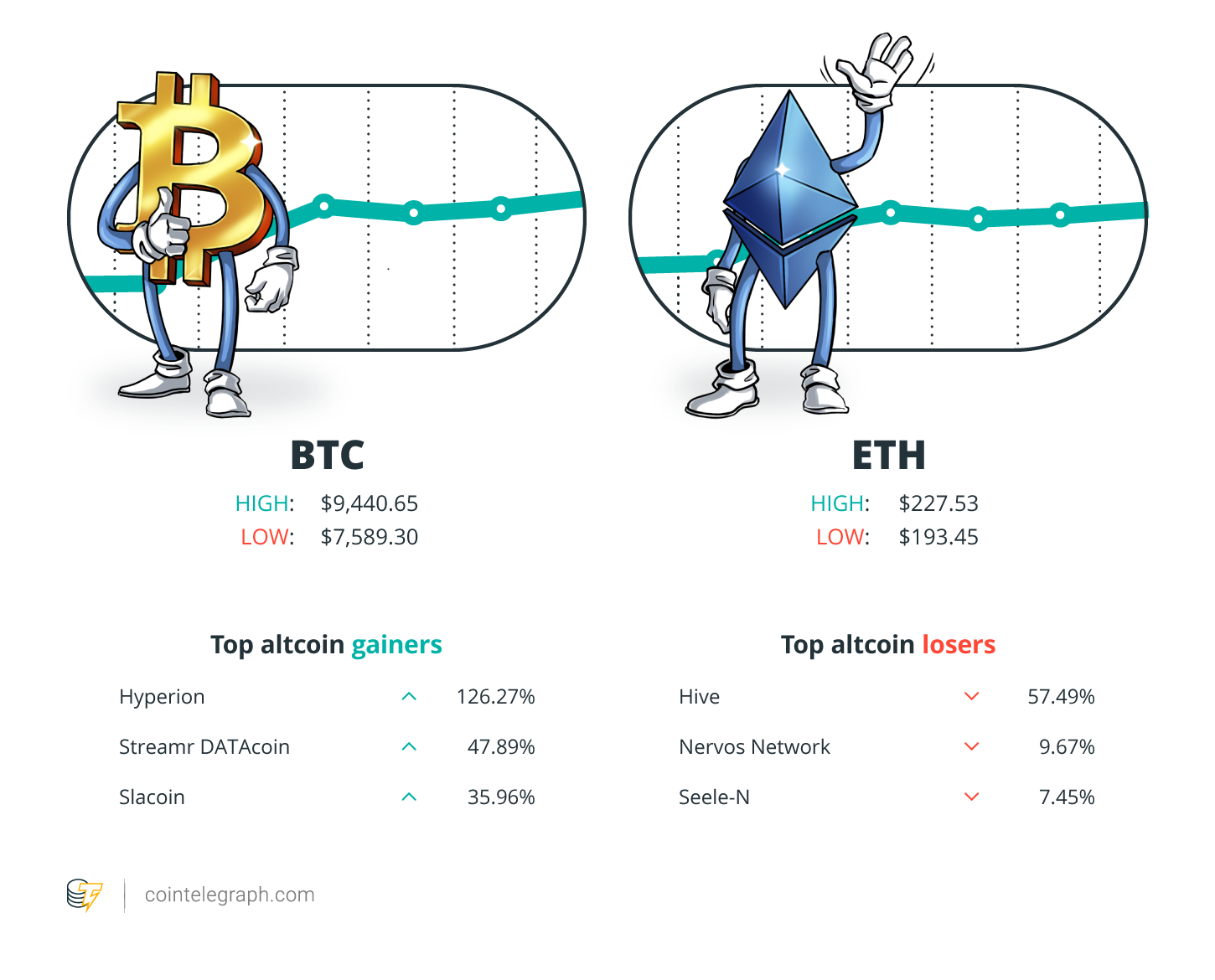 “#Bitcoin and #gold have nothing in common, so there is nothing confusing about today’s price movements.”

“‘This thing is not a toy anymore. It’s maybe not an asset anymore as well,’ he said, adding, ‘It is going to be much bigger than that.’”

“Tether. Now that is an interesting story. Holding tether is about as safe as holding the Nigerian Trinket. I think people are fools for holding wealth -- even overnight -- in tether. It is a joke when ppl condemn USD as fiat, yet hold tether.” 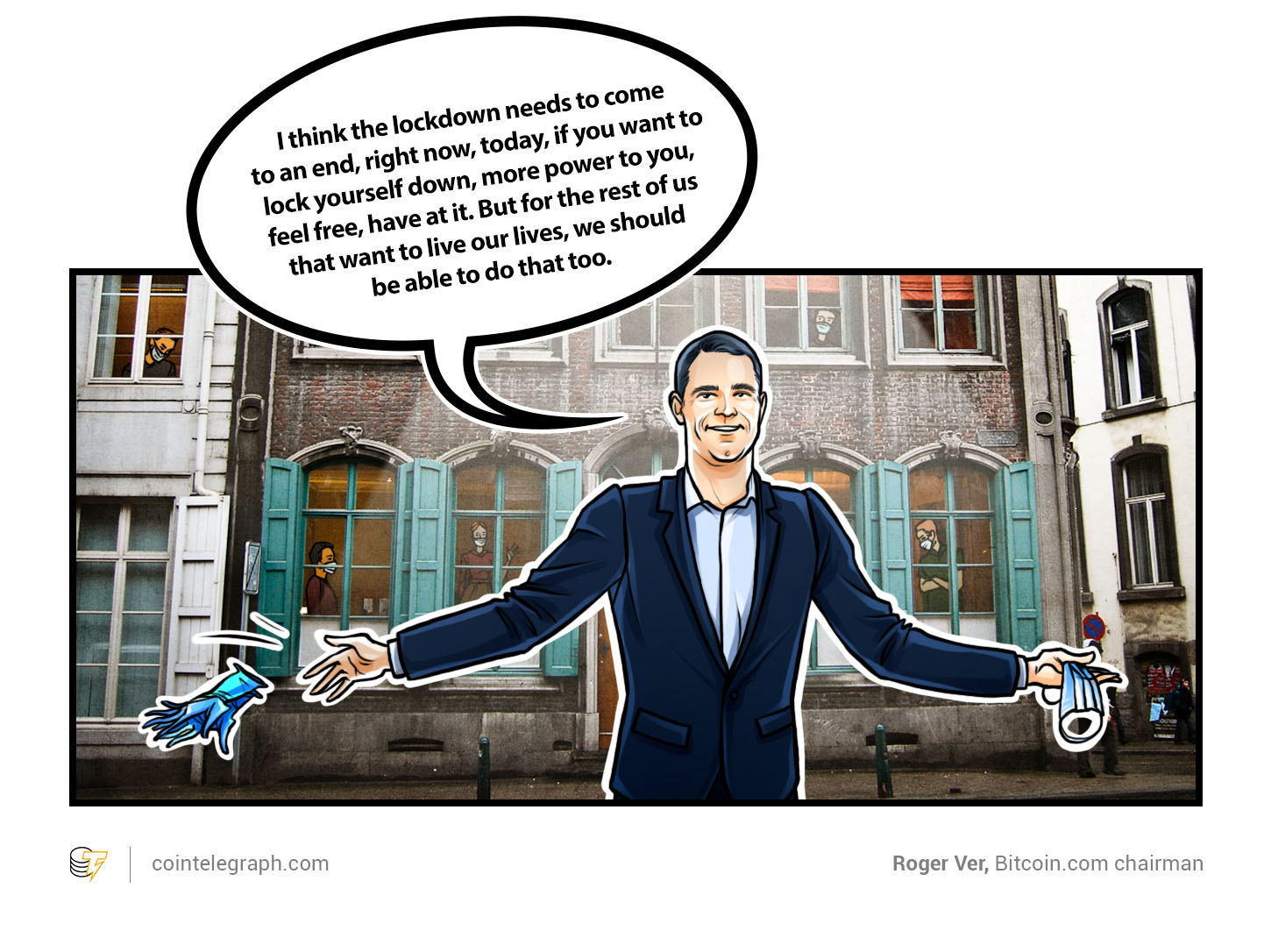 “We don’t think that China’s attitude toward cryptocurrencies can change significantly in the short term.”

“I can’t believe I have to say this, but North Korea will not market dump all of their bitcoins (or monero) if Kim Jong-Un is actually dead.”

It’s a popular price model for Bitcoin, and thus far, it’s been accurate. Now, PlanB’s stock-to-flow forecast suggests BTC will be trading for an average price of $288,000 by 2024 — and these dizzying prices could happen as early as this year. Stock-to-flow calculates a value based on the supply of new Bitcoins entering circulation through mining versus the existing supply, or “stock.” Before the latest forecast was released, an “updated” chart had put BTC/USD at an average of about $100,000 between 2020 and 2024. With the new version, this prediction has almost tripled overnight. It is worth noting that some crypto heavyweights have serious reservations about this model. Others argue that Bitcoin’s imminent halving has already been “priced in,” and that it will precede a price crash.

Is Elon Musk selling his Bitcoin?

In his latest series of nonsensical tweets, Elon Musk revealed plans to sell all his physical possessions — prompting speculation that his Bitcoin holdings are included. The eccentric Tesla founder apparently won’t even have a house after the fire sale has taken place. His other weird missives included random lyrics from the national anthem, comments that Tesla’s stock price is too high, and claims that his girlfriend is mad at him. That’s a lot to take in. The debate raging now is whether or not Musk defines Bitcoin as a physical possession or not. In February 2019, he had revealed he only held 0.25 BTC — but in theory, his net worth means he could purchase about 24% of all Bitcoin in circulation if he wanted to. Will he follow Tron founder Justin Sun’s advice to buy? Who knows.

BTC maximalists are right that 95% of crypto is a scam, Emin Gun Sirer says

There are over 5,000 cryptocurrencies being traded out there, with a total market cap of almost $250 billion. Yet according to computer scientist Emin Gun Sirer, up to 95% of these coins are nothing but scams. The Cornell University professor — who created the world’s first proof-of-work cryptocurrency — has warned the vast majority of cryptocurrencies don’t offer any meaningful tech advancement and simply exist to grab people’s money. Sirer went on to add that many new crypto projects tout their initiatives as revolutionary payment methods, even though they offer little innovation. He said: “There’s nothing wrong with wanting to be a method of payment, but Bitcoin did it first. Trying to compete with that is a stupid thing to do.” 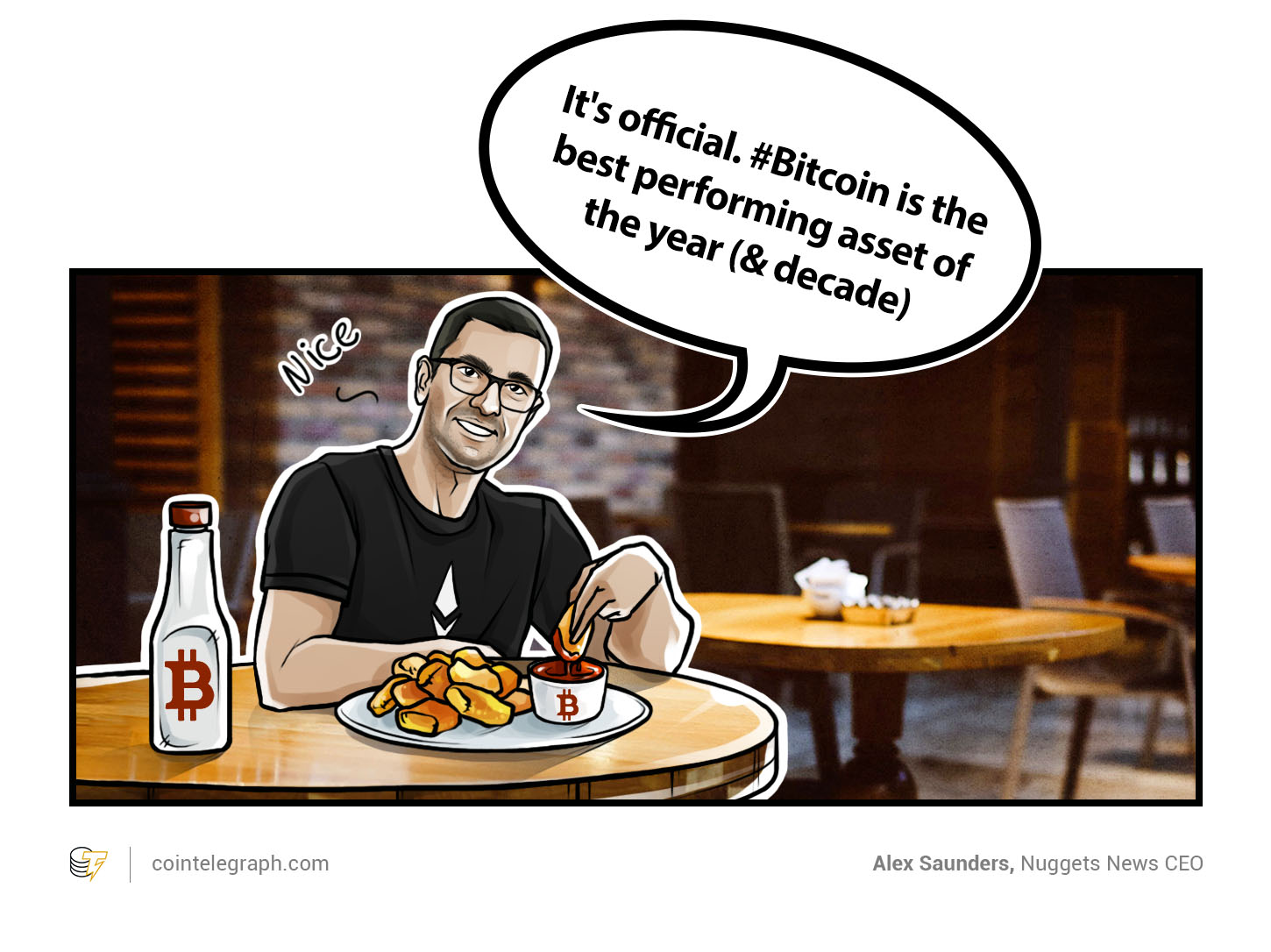 Peter Brandt isn’t known for holding back his opinions, and now, the veteran trader has Tether in his sights. He has compared holding USDT to the risk of owning “the Nigerian trinket” — and said those who purchase the controversial stablecoin are “fools.” To be fair to Nigeria, its currency is actually called the naira — not the trinket. Inflation there stands at about 18%, and although this isn’t good, it isn’t terrible compared with the likes of Venezuela, which continues to battle with hyperinflation. Brandt’s point appears to be that Tether is neither reputable nor well regulated, which makes it a risky asset for parking funds.

Escape from LA: Why lockdown in Sri Lanka works for MyEtherWallet founder

Kosala Hemachandra escaped from Los Angeles in December, albeit unwittingly. Here, he talks to Andrew Fenton about why Sri Lanka appears to be far safer than the U.S. right now.

YouTube’s algorithm is punishing crypto content, and no one knows why

YouTube’s algorithm may be to blame for the platform recently deleting crypto-related content, but content creators have been left to speculate. Rachel Wolfson has the story.

With Bitcoin price surging, what do key trends say about BTC halving?

Ahead of Bitcoin’s upcoming halving, all major trends surrounding the premier cryptocurrency seem to be positive, as Shiraz Jagati explains.