Bitcoin price rallied to $9,000 but the TD9 on the daily timeframe and lack of volume show traders are reluctant to buy at these levels.

Bitcoin (BTC) price briefly broke above $9,000 as bulls appear to be in the process of trying to quietly move the price above the resistance level.

Since Friday trading volume for the top-ranked cryptocurrency on CoinMarketCap had been virtually non-existent as the price traded sideways between $8,750-$8,850 for the majority of the day but the weekend is bound to bring about a stronger directional move.

Will the TD9 ring true again?

As reported by Cointelegraph, the presence of a TD9 on the daily time frame, overbought technical indicators, and decreasing trading volume suggested that Bitcoin price had become overextended and traders believed that the loss of momentum would culminate as a retest of underlying support levels.

Although the TD Sequential has proven to be a fairly reliable indicator of trend changes in Bitcoin price action, the digital asset is known for its tendency to push higher even when indicators like the Stoch RSI and MACD are strongly overbought.

Given that the halving is a mere 9 days away, excited investors could simply be overlooking any bearish signals with the belief that the price will continue higher into the halving.

The move to $9,000 occurred on gradually increasing purchasing volume and a bull cross on the moving average convergence divergence. The MACD histogram has flipped positive as momentum continues above the 0 line but the relative strength index has dropped below 50 on the 1-hour timeframe. 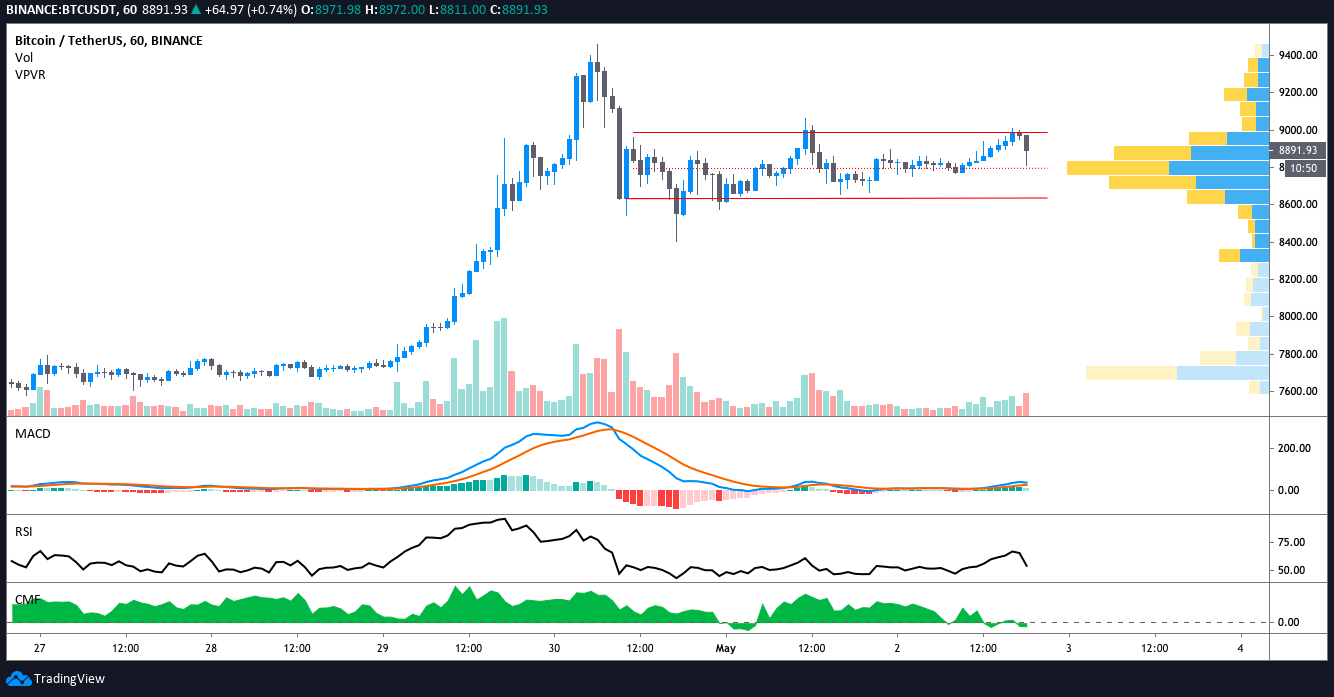 While the move above $9K is encouraging, it lacks strength and the Chaikin Money Flow oscillator remains below 0, and even though there is an hourly pattern of higher lows the tight candlesticks slightly longer upper shadows show momentum and volume remain weak compared to the rally which occurred earlier this week.

As shown by the volume profile visible range indicator on the 1-hr and 4-hr time frame, Bitcoin price needs to hold above $8,950 as this resistance here has prevented the asset from moving higher for the past 2 days. 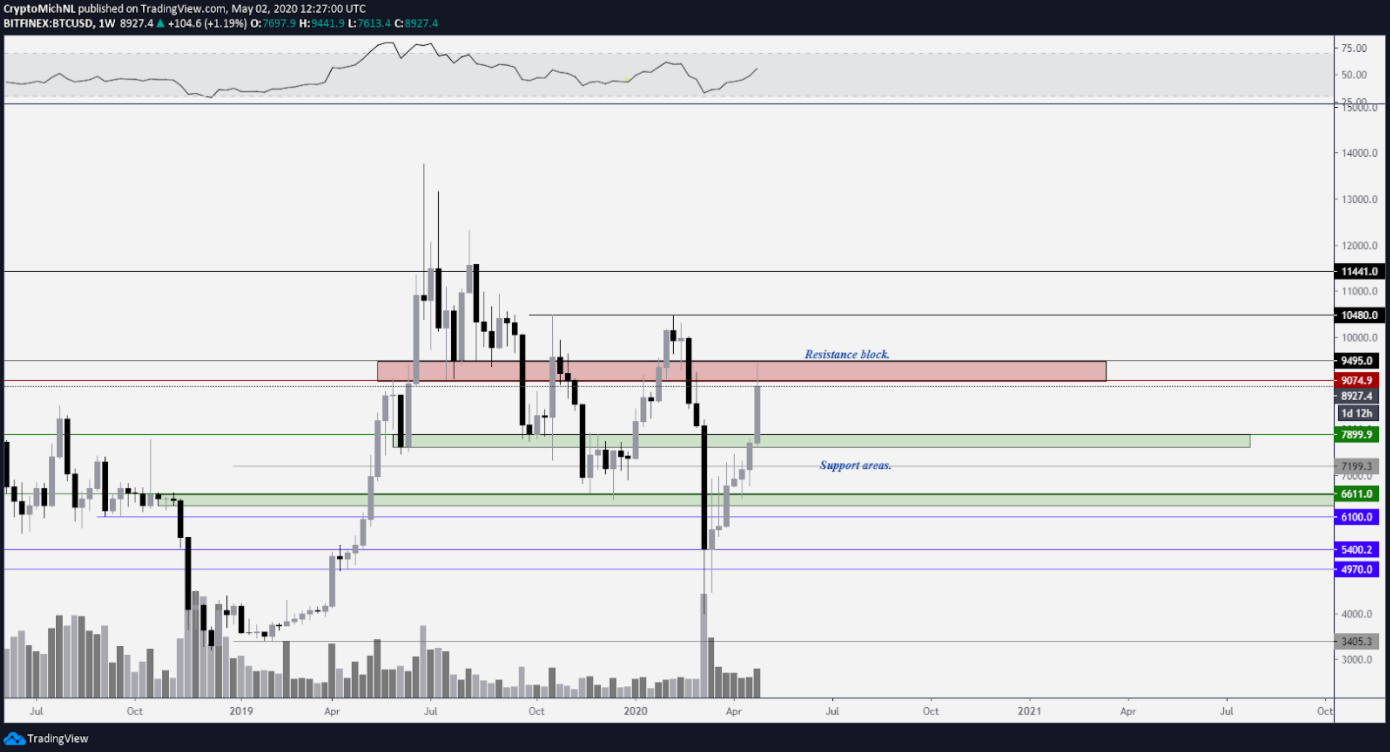 This whole resistance zone provided support throughout the summer of 2019.