A Quest to revolutionize care in Russia with Bitcoin

In the tiny Russian enclave of Kaliningrad a pioneering project is underway to revolutionize medical care for the elderly population. 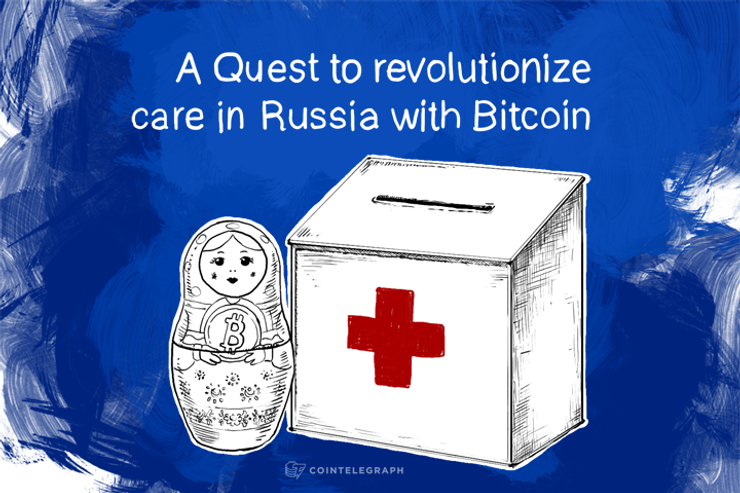 Stories of Bitcoin’s giving new power to developing nations abound – but it’s not all about Africa: Bitcoin also set to provide vital assistance in places you wouldn’t immediately think of.

In the tiny Russian enclave of Kaliningrad, sandwiched between Poland, Belarus and Baltic, a pioneering project is underway to revolutionize medical care for the elderly population.

Dr. Igor Viktorovich Morozov is the medical director of Varezhkino Manor, a care home located in quiet countryside an hour outside Kaliningrad city itself. Doctor by day, Morozov is dedicating himself to setting up the area’s first dedicated facility for Alzheimer’s, a disease for which he says the growing number of sufferers receive little to no support.

“In Russia, there are still many unanswered questions,” he told Cointelegraph via email. “Alzheimer’s Disease is diagnosed extremely late; there are no specialist institutions focusing on providing the correct care.”

Morozov spent many years training in care institutions in Poland and Germany. Back home, he noticed the considerable need to provide European-quality care to the region’s most vulnerable patients, and it was this need which led to the ambitious project.

“In Europe and America the problem is already being addressed with targeted strategies; there's the European Association of Alzheimer's Disease [Alzheimer Europe],” he writes.

“We've been successful in creating in the Kaliningrad region Russia's first center for the care of those with Alzheimer's, which we plan to develop to match the level of European countries.”

Kaliningrad has been all but forgotten in modern Europe: part of Germany until the end of World War II, its subsequent existence as a tiny Russian outpost has resulted in a fragile economy and the inevitable infrastructural difficulties coming from physical isolation. Healthcare is an area facing particular strain, as even in Russia itself, underinvestment has resulted in significant problems meeting demand from the graying population.

Morozov explained that forward-thinking strategies are needed to take the region forward:

“The elder generation worked hard to guarantee us the technological advances we see today. But the elderly cannot think modern anymore; they are aging behind the scenes of today's world of modern information technology, no longer able to further develop our society.”

Facing a choice between securing all but non-existent private investment and modernizing, Morozov saw the potential in Bitcoin to provide the liquidity and flexibility he needs to make vital inroads into what has become an essential task. He said, explaining:

“Bitcoin is a modern method which only educated and smart people use. By this, we mean that in their wake comes the future.”

And in a country fraught with a curious paradox of staunch red tape and exceptions for those who can afford them, Bitcoin really does offer a reliable alternative: Morozov has already set up the account, and hopes that it will significantly benefit support for his work.

“We're very aware of the current problems facing society and therefore are open to accepting unconventional types of investment,” he summarized, but added that Bitcoin acceptance has benefits which go beyond economic ones:

“Bitcoin, in our case, will form a link between the younger generation and the elderly.”

And it is this mission to raise the profile of the plight of elderly people which forms the central motivation for the Varezhkino care home, which Morozov runs with the help of manager Dr. Valentina Nikolaevna Kirakovskaya.

The facility has been designed to incorporate the principles Morozov holds so dear; European-quality care, rehabilitation and restoration of independence of elderly and Alzheimer’s patients who would otherwise remain neglected.

One resident, Irina Mikhaylovna, came to Varezhkino following hospitalization from a broken hip, during which time she was even unable to sit up.

Another, Stanislava, embodies the facility’s aim to transform the daily lives of its guests. “I have a comfortable room, a view of the forest, and there’s balcony,” she says. “I can turn on the television anytime I want. We are treated very well and the food is excellent. What more could I want?”

The standard of care combined with unique touches such as a yoghurt-making machine and free-roaming livestock in the grounds of the complex have made an impression not only on residents but their families as well.

“You know,” says manager Valentina, “young people arrive each weekend to visit. And they are always happy to see that their ‘babushka’ is not just fed and cared for but that her life is now a lot more interesting that it was before. People even tell me how wonderful it is now that they don’t have to constantly worry about their loved ones!”

Intensive care of this nature comes at a price, however, and despite Varezhkino’s relatively high costs of 1170 rubles (35 USD) per night, it has yet to break even financially. Long-term it is forecast however