Major cryptocurrencies continue to see losses after yesterday’s drop in markets, XRP has overtaken Ethereum as the number two coin by market capitalization.

Thursday, Nov. 15: yesterday's fall in crypto markets continues today, with Bitcoin (BTC) dipping below the $5,400 mark, and total market capitalization dropping as low as $174 billion, according to data from CoinMarketCap.

After an extended period of low price volatility, crypto markets experienced a massive decline yesterday, Nov. 14, with Bitcoin dropping from its average trading price of around $6,400 to as low as $5,506.

The recent dive has marked a new volatility record for markets this year. According to BitMEX Daily Historical Bitcoin Volatility Index, Bitcoin volatility rate has exceeded the index of seven for the first time since April this year. 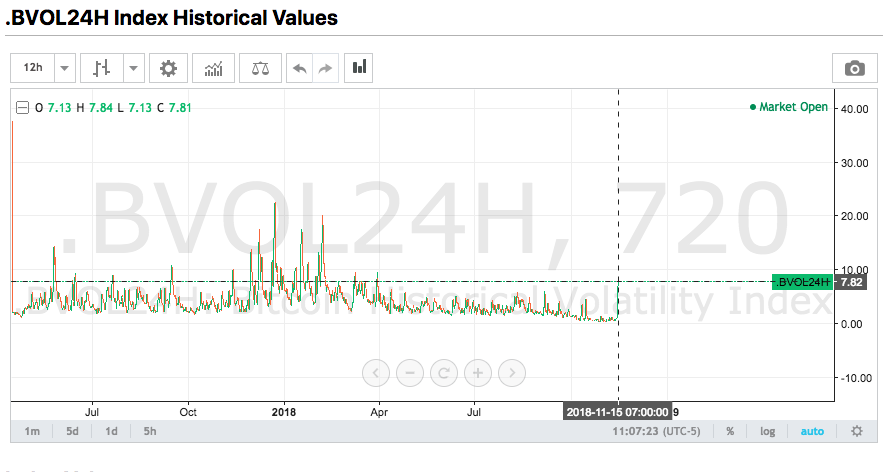 While top 20 cryptocurrencies by market cap are seeing more losses with some coins down almost five percent on the day, major virtual currency Ripple (XRP) has again overtaken Ethereum (ETH) as the second top cryptocurrency in terms of market cap at press time. according to CoinMarketCap.

Bitcoin continues its downward trend today, with its price dipping as low as $5,358. As of press time, the biggest cryptocurrency is down around 4 percent, and is trading at $5,589. In terms of its 7 day outlook, Bitcoin is down almost 14 percent. 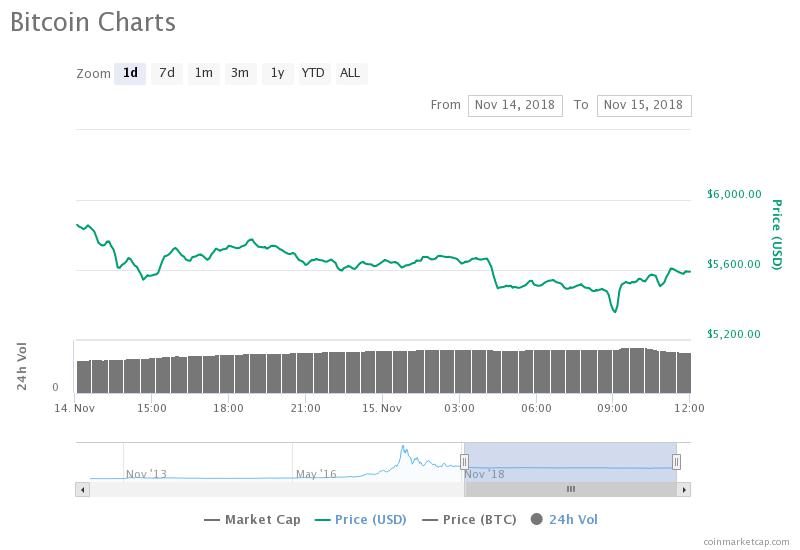 In contrast, Ripple has managed to see some gains as of press time. XRP is up 2.2 percent and trading at $0.464 at press time. After seeing its intraday low of $0.43, Ripple has continued to hold a relatively stable support of around $0.45 over the day. 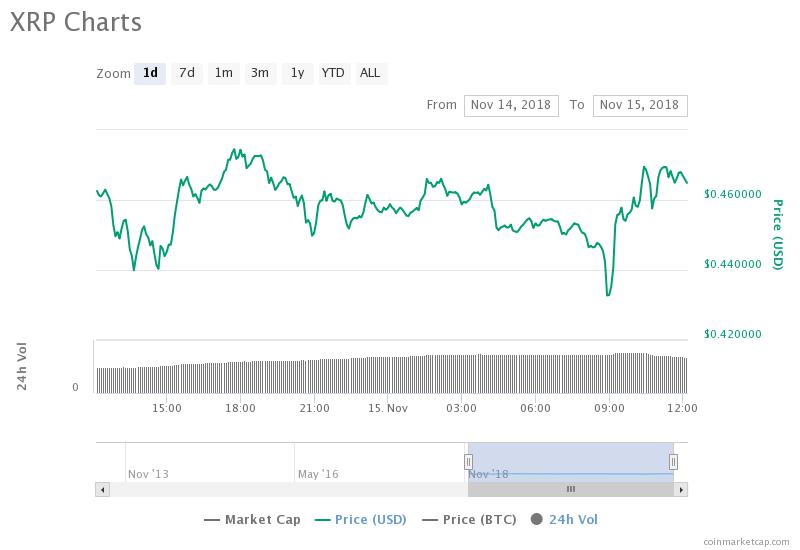 Ethereum, the third top coin by market cap, has dipped below $180 and dropped to as low as $170 earlier today. The altcoin is down around 3.35 percent at press time, and trading at $177.95. Ethereum has seen big losses over the past 7 days, down almost 17 percent. 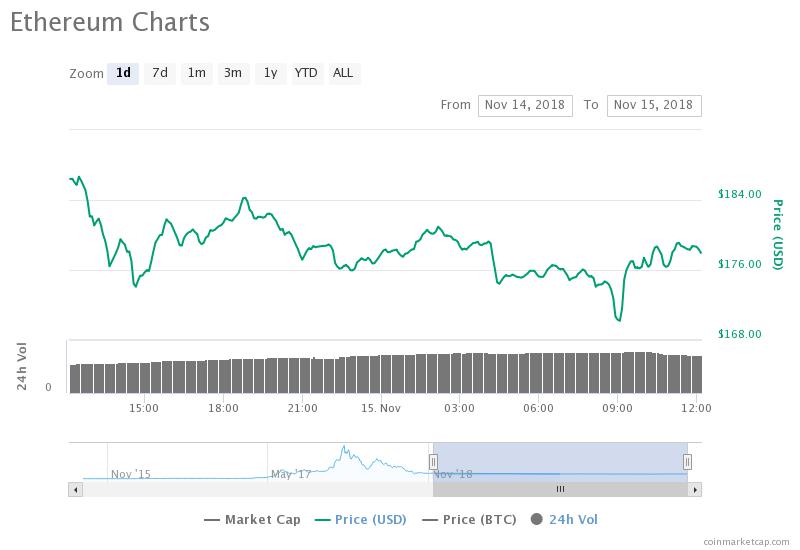 Total market cap has dipped even lower today, dipping below $180 billion. As of press time, market cap is $183.5 billion, seeing a slight rebound from $174 billion earlier the day. At press time, daily trade volume amounts to more than $22.3 billion. The total number of cryptocurrencies listed on CoinMarketCap has decreased to 2,080. 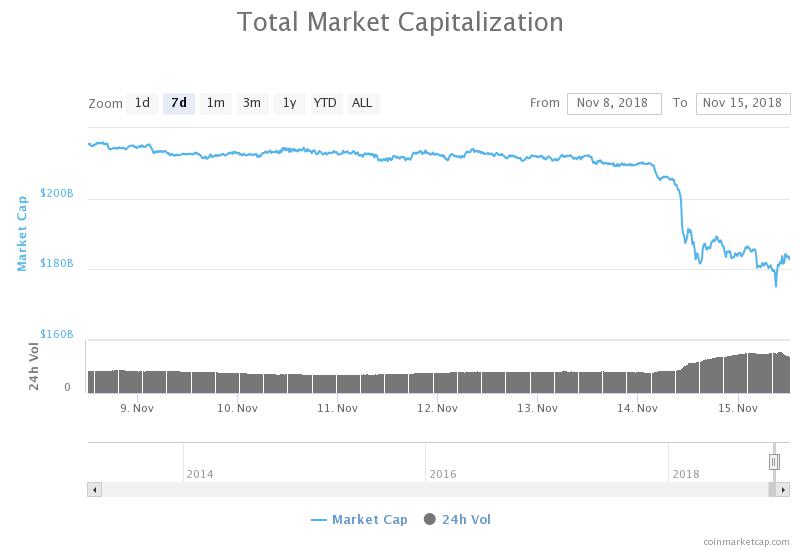 Meltem Demirors, the Chief Strategic Officer (CSO) of crypto exchange-traded products firm CoinShares has subsequently commented on the recent breakdown, claiming that the cause of the sudden bear market is that institutions are “taking money off the table” due to the hard fork of Bitcoin Cash (BCH). With that, Bitcoin Cash is suffering the biggest losses over 7 days period, at almost 30 percent as of press time, and is trading at $420.

Fundstrat Global Advisors analyst Rob Sluymer predicted that to repair the “technical damage” caused by the recent collapse of Bitcoin will take “weeks, if not months.”