Zimbabwe-style mayhem is a possible outcome from a flood of cheap money hitting the global economy, warns MMCrypto.

Bitcoin (BTC) supporters are watching as almost every central bank in the world lowers interest rates and the global fiat money supply skyrockets.

Largely due to the coronavirus, institutions have slashed rates by as much as 1,700 basis points, with Argentina leading the way.

Israel has changed the least, with a 15 basis point reduction, while Ukraine, Pakistan, Barbados and the East Caribbean join Argentina at the top of the list.

Lower rates are designed to incentivize borrowing and spending and go hand in hand with quantitative easing policies, under which the money supply of fiat currencies can increase exponentially.

Missing from the rankings are countries such as Venezuela, Iran and Lebanon where currency meltdowns have become an unavoidable feature of central bank policy. Zimbabwe, famous for hyperinflation since 2000, is also absent.

“#Bitcoin can NOT be printed!” 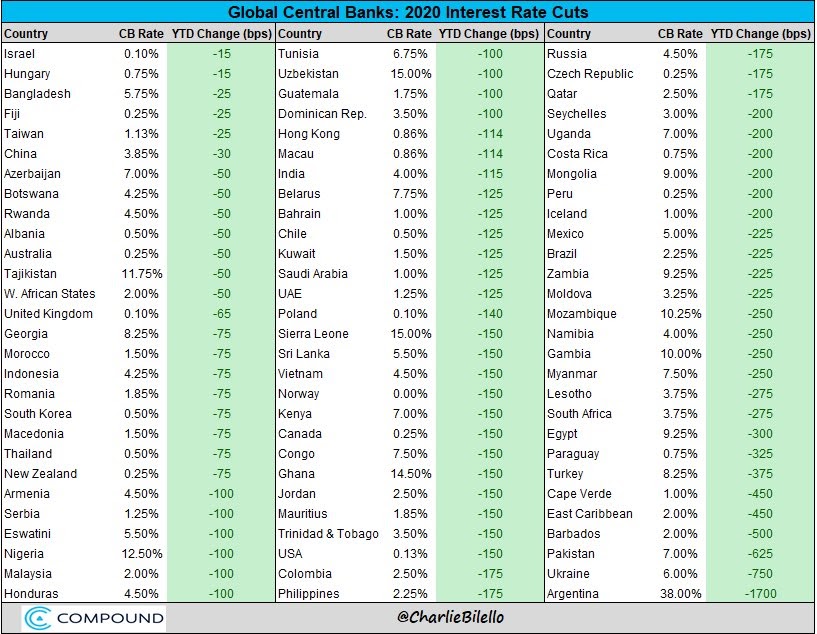 The endless contradictions of the “Fiat Standard”

As Cointelegraph reported, frantic responses to COVID-19 throughout the world have left proponents of sound money speechless.

In the United States, cheap money has accompanied an almost incomprehensible 10-year record for quarterly stock market growth. What’s more, despite a huge spike in unemployment, data shows that poverty has fallen due to government handouts.

This sets the stage for a tussle between rich and poor central banks alike when it comes to the future of immutable, non-inflatable Bitcoin.

This week, RT host Max Keiser laid out his prediction for the coming years: The U.S. will go head-to-head with Iran and Venezuela for the biggest slice of the Bitcoin hash rate. This in turn will propel BTC's price to $500,000.