Bitcoin briefly broke the $4,100 threshold for the first time since Feb. 24, while top 20 coins by market cap traded sideways.

Friday, March 29 — Bitcoin (BTC) has hit a monthly high of $4,112 today, while top 20 cryptocurrencies by market cap are trading sideways.

Many of the top 20 coins are in red at press time, with Maker (MKR) seeing the biggest losses of almost 5 percent, while Tezos (XTZ) rallied over 15 percent over the past 24 hours.

The biggest cryptocurrency Bitcoin has hit a multi-week high of $4,112 earlier today, continuing a moderate growth over the day. Bitcoin is up around 0.3 percent at press time, trading at $4,099.

The major crypto was trading below $4,100 mark after Feb. 24 when total market cap suddenly dropped from $144 billion to as low as $127 billion. Bitcoin is up around 1.5 percent over the past 7 days. 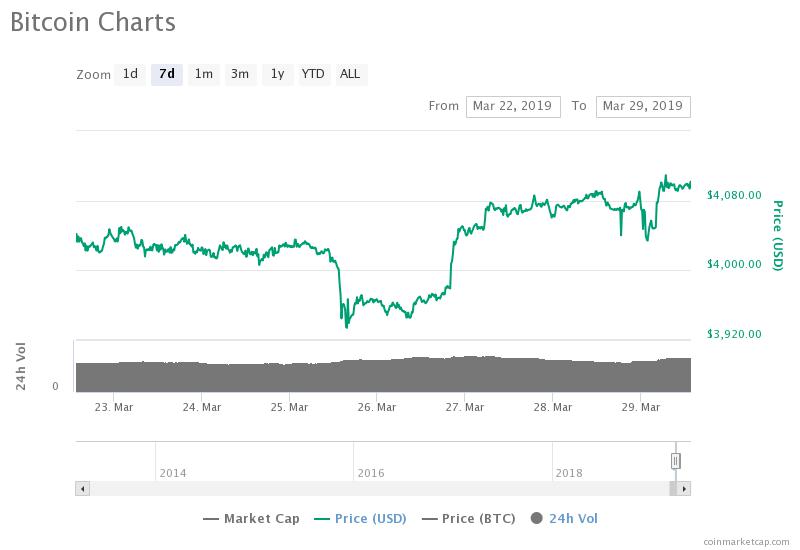 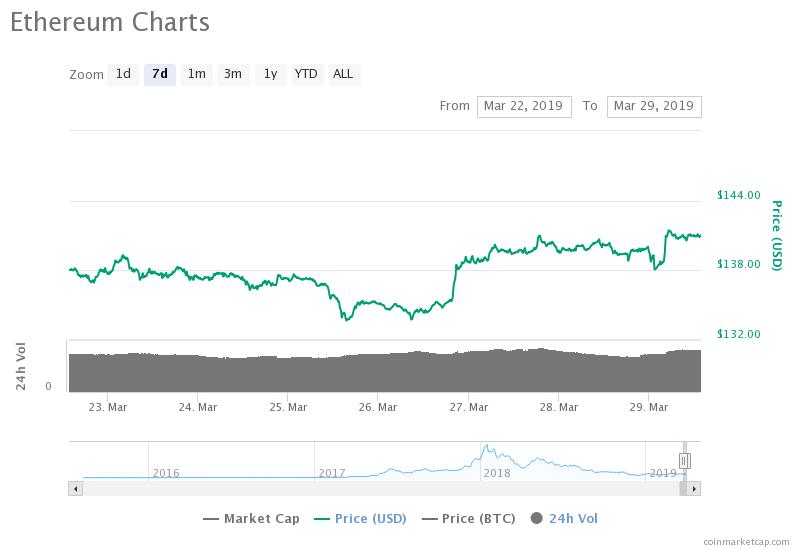 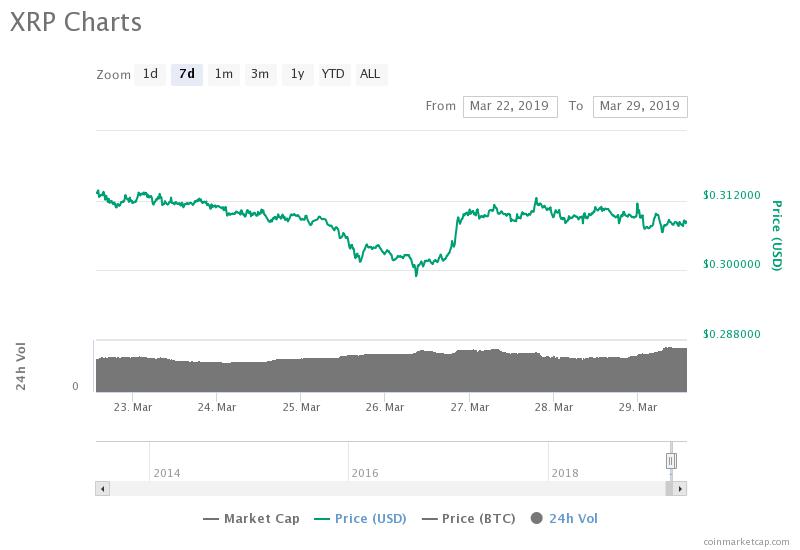 Total market capitalization reached $143 billion for the first time since Feb. 24 after dropping to $141 billion earlier on the day. Daily trade volume amounts to around $35 billion at press time. 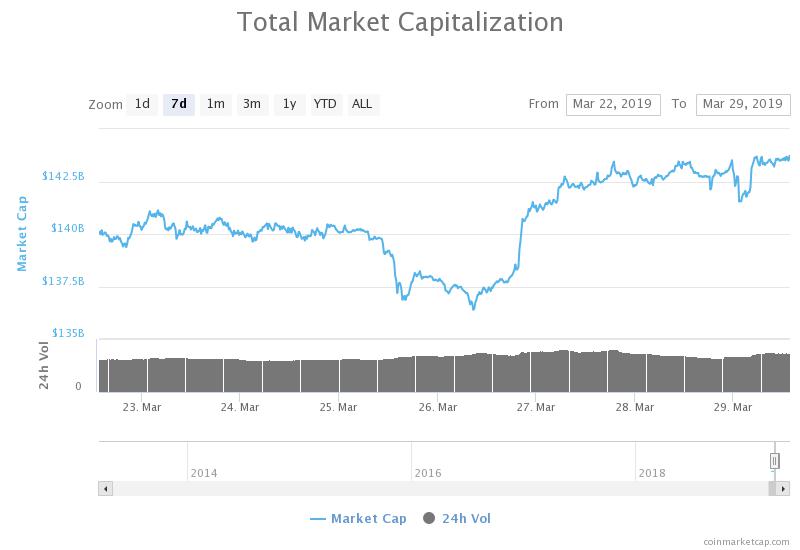 Recently, the Canadian town of Innisfil launched a pilot program to enable residents to pay property taxes with cryptocurrencies.

Meanwhile, the British pound (GBP) hit a 31-year low against the dollar yesterday as investors bet Britain’s vote to leave the European Union will trigger a Bank of England rate cut.

The United States stock market rose today amid renewed anticipation on the progress of trade talks between Washington and Beijing as Wall Street concluded a stellar quarterly performance, according to CNBC. At press time, all three indices, Dow Jones Industrial Average (DJIA), S&P 500 (SPX) and Nasdaq (NASDAQ) Composite, are up about 0.6 percent.

Gold prices saw the biggest monthly decline since August as stronger dollar and equities pressured the market, CNBC reports. While spot gold rose 0.2 percent to $1,298 per ounce, it dropped yesterday by around 1.5 percent, which is the most in more than seven months and breaking below key support around $1,300.