Bitcoin balances on major exchanges drop to levels not seen since last summer’s bull run as demand and BTC price are on the rise.

Roughly 10% of Bitcoin held by exchanges

The Bitcoin balance held by major exchanges has been dropping significantly since mid-March 2020 following the Black Thursday crash on March 12 and subsequent recovery.

There are 2.64 million BTC collectively held on exchanges as of July 29, according to data from Glassnode, a market and on-chain analytics resource. Meanwhile, Bitcoin’s price continues to climb and recently hitting a yearly high of $11,400 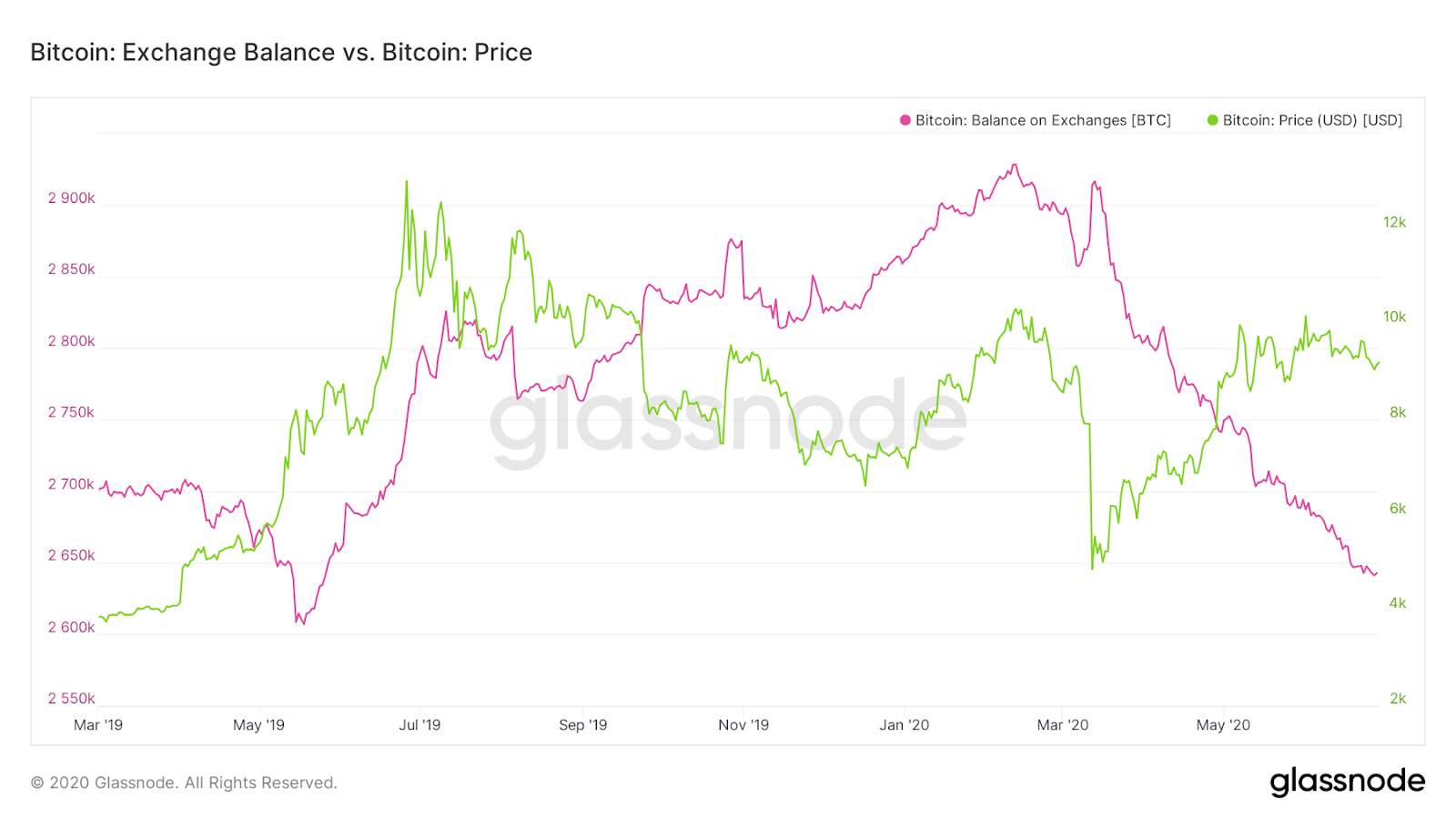 Additionally, markets analytics firm, Arcane Research, noted that decreasing balances on exchanges suggest users are showing more interest in holding their Bitcoin for the long term by withdrawing their BTC from exchanges to control their own private keys directly.

This trend means less selling pressure from BTC holders and comes just two months after the 2020 halving that reduced the amount of newly mined Bitcoin in half.

Coupled with the recent increase in Tether (USDT) exchange inflows, which have reached their 2020 high yesterday, and overall supply that’s now over $10 billion, the number of digital dollars waiting on the sidelines to potentially buy BTC is bigger than ever.

Bitcoin has been looking increasingly attractive lately given its store of value attributes in the face of the inflating U.S. dollar. With yet another COVID-19 stimulus package and what seems to be an overheated stock market, many traders are now seeking the safety of hard assets such as gold and increasingly Bitcoin.

Specifically, institutional interest in Bitcoin seems to be picking up at lightspeed as both Bakkt and CME futures have posted record numbers for two consecutive days in volume and open interest. Additionally, Grayscale has added another $1 billion to its funds in just 11 days,  making the total AUM over $5.1 billion across their entire family of products. 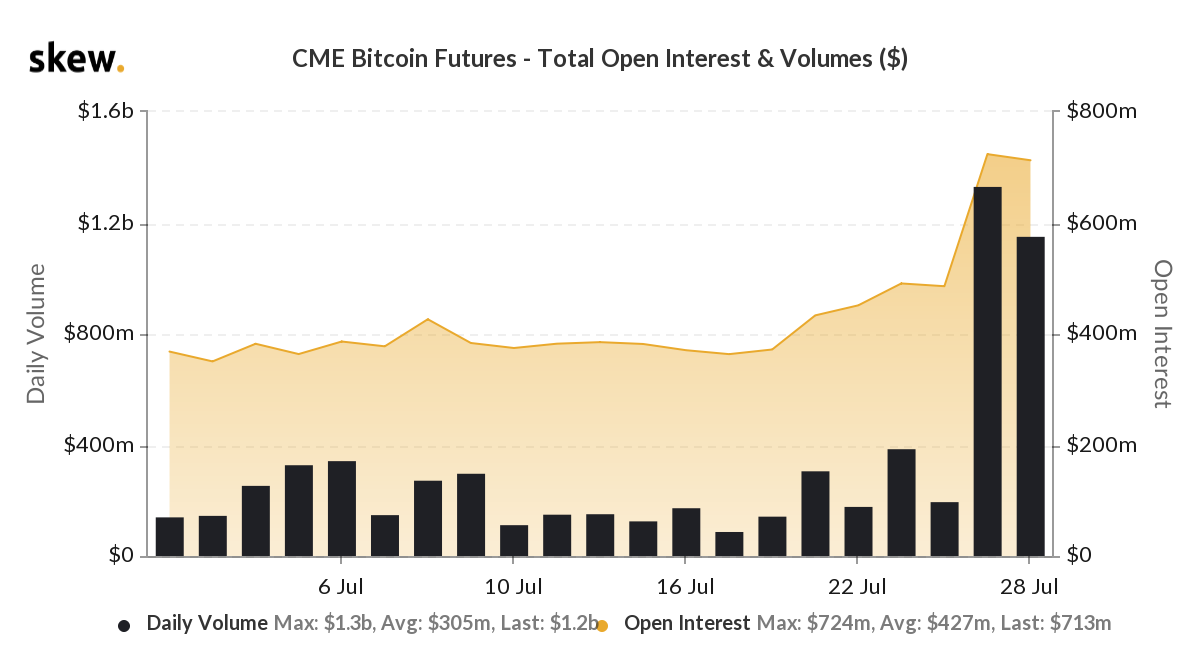 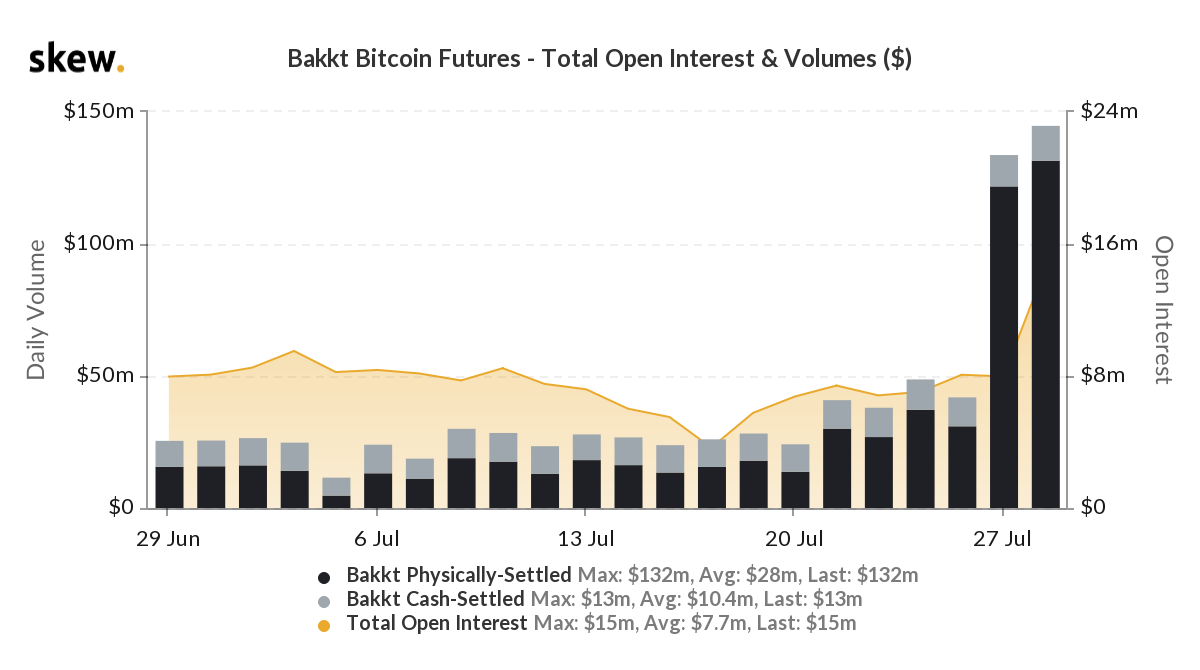 As for the retail market, records have also been broken as Deribit, the leading Bitcoin Options exchange, posted record volumes on July 27 with $527 million in traded Bitcoin options.

Therefore, Bitcoin may be finally ready for another major bull market cycle as the supply of Bitcoin on exchanges decreases at the same time as retail and institutional interest appear to be picking up.

This confluence of bullish factors has led to numerous bullish forecasts from industry experts with some even predicting that this new bull cycle may be much bigger this time around.

“The next Bitcoin bull run will be dramatically different,” said Gemini founder Cameron Winklevoss on July 29.

“Today, there’s exponentially more capital, human capital, infrastructure, and high-quality projects than in 2017. Not to mention the very real specter of inflation that all fiat regimes face going forward. Buckle up!”