Bitcoin to Get Severely Forked in 2018

In 2017, there was a huge boom in ICOs as companies looked to cash in on the cryptocurrency mania, but 2018 may see a host of new forks spinning off the original chain to try and cash in on the familiar name of Bitcoin. 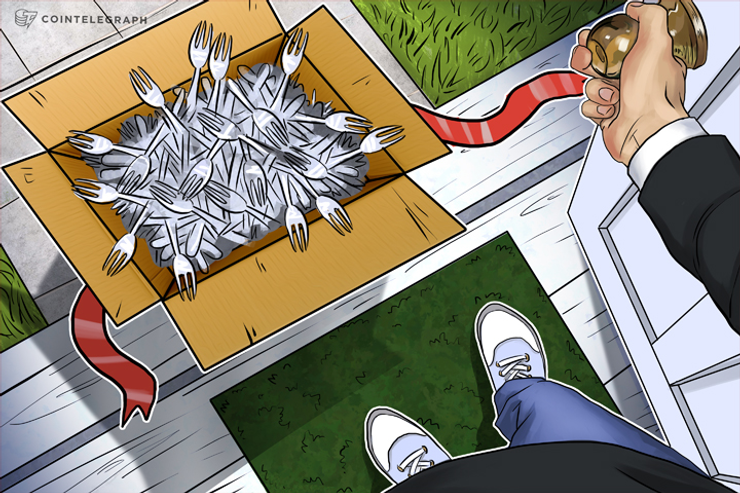 The fear and build up towards Aug. 1, 2017, and the creation of Bitcoin Cash which forked off the original chain was monumental. However, it was a damp squib for the future of Bitcoin as it actually spiked in value.

Since then, forks on Bitcoin have become almost as common as ICOs, and in fact, forks on the Bitcoin chain look to be the latest trend for 2018 as new companies look to cash in on the familiar Bitcoin name.

Bitcoin Cash is, of course, the most well known Bitcoin fork out there, sitting comfortably in the top five coins in terms of market cap. However, in 2017, there were 19 registered Bitcoin forks. Still, that pales in comparison to the 50 that are expected this year, according to Lex Sokolin, global director of fintech strategy at Autonomous Research.

That number could still rise further as there is even services out there that are providing rudimentary programming skills to launch a clone. This will of course have a big effect in the cryptocurrency market as hedge fund manager Ari Paul predicted in a tweet:

9/ Both BTC and BCH will continue to hard fork and >10% of the value of each (if held today) will reside in new offshoots.

There are a number of reasons to fork off the Bitcoin Blockchain, some do it, in the case of Bitcoin Cash, to seemingly improve facets of the old coin, while others may have different motives. As George Kimionis, chief executive officer of Coinomi puts it:

“Unfortunately, most fork-based projects we see today are more of a sheer money grab. Looking back a few years from now we might realize that they were just mutations fostered by investors blinded by numerical price increases rather than honest attempts to contribute to the Blockchain ecosystem.”

Kimionis also sees a new phase in the ICO marketplace with the original hype simmered down somewhat. Forking adds a little edge to a new coin. And Rhett Creighton, who’s working on the upcoming Bitcoin Private fork, predicts:

Danger to the vision

It is hard to see these minor forks, even the likes of Bitcoin Gold and Diamond which reached the news, really, truly, adding much to the Blockchain environment. Even Bitcoin Cash has been linked to a money making scheme for the likes of Jihan Wu and Roger Ver. The difference between trying to improve the Blockchain, and to make money off a name, is a very blurred line.