95 percent of volume on unregulated exchanges appears to be fake or non-economic wash trading in nature, an analysis from Bitwise Asset Management has argued.

95 percent of volume on unregulated exchanges appears to be fake or non-economic in nature, an analysis from Bitwise Asset Management argues 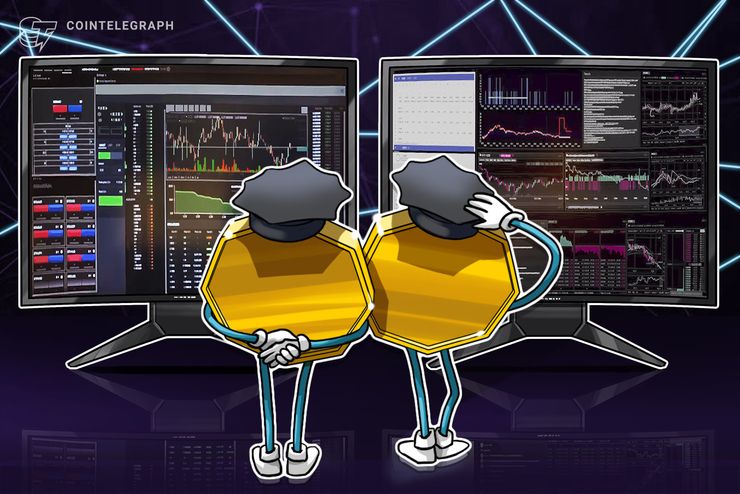 95 percent of volume on unregulated exchanges appears to be fake or non-economic in nature, an analysis from cryptocurrency index fund provider Bitwise Asset Management has argued in a report dated March 20.

Bitwise reported its data and claims to the United States Securities and Exchange Commission (SEC) as part of a proposed rule change for its application to launch a Bitcoin (BTC) Exchange Traded Fund (ETF).

The analysis opens with the argument that while an ostensible ~$6 billion in daily traded volume for Bitcoin is reported across the spot markets:

“Under the hood the exchanges that report the highest volumes are unrecognizable. The vast majority of this reported volume is fake and/or non-economic wash trading.”

Bitwise sources its data from the widely-cited crypto statistics tracker CoinMarketCap (CMC), which it claims includes a large amount of this suspect data, “thereby giving a fundamentally mistaken impression” of the true size of the Bitcoin market.

Bitwise claims that roughly 95 percent of reported volume is fake and that the real market for BTC is thus “significantly smaller, more orderly, and more regulated than commonly understood” — amounting in reality to $273 million.

Bitwise first analyzes regulated exchanges — using Coinbase Pro as a case study — to reveal the nature of the trading patterns it deems to be trustworthy. Key characteristics reportedly include an “unequal and streaky” mix of red (sell orders) and green (buy orders) trades, whose distribution fluctuates considerably at any given time.

The report further argues that trading patterns on Coinbase Pro reveal “a greater-than-random number of round trade sizes,” which it characterizes as “more natural,” typically human behavior. Bitwise also analyzes spread as a parameter, noting that:

Coinbase Pro reported around $27 million in daily traded volume of BTC at the time of Bitwise’s analysis — as compared with $480 million reported by Coinbene. The latter is used by Bitwise to demonstrate the patterns typical of what it characterizes as “suspicious exchanges.”

Suspect signs include an implausibly perfect alternating pattern of green and red trades, and a lack of round number or small value trades. On Coinbene, buy and sell orders also appear in timestamped pairs, with one offsetting the other. Moreover, the spread on Coinbene at the time of Bitwise’s analysis was $34.74: “that compares to $0.01 on Coinbase Pro. It is surprising that an exchange claiming 18x more volume than Coinbase Pro would have a spread that is 3400x larger.”

Bitwise’s report concludes that its overall findings “demonstrate that this ETF application [for its Bitwise Bitcoin ETF Trust] meets both” of the SEC’s conditions for how a BTC ETF could satisfy the requirements of the Exchange Act.

As reported this week, new research from trading analytics platform The Tie proposed that almost 90 percent of crypto exchanges’ reported trade volumes — of all supported cryptocurrencies — were false.