‘Bubble Expert’ Shiller Vs. Brian Kelly: Bitcoin Could ‘Burst’ Or ‘Take Off’

Robert Shiller has presented mixed signals about Bitcoin after he called it “the best example of a bubble.” 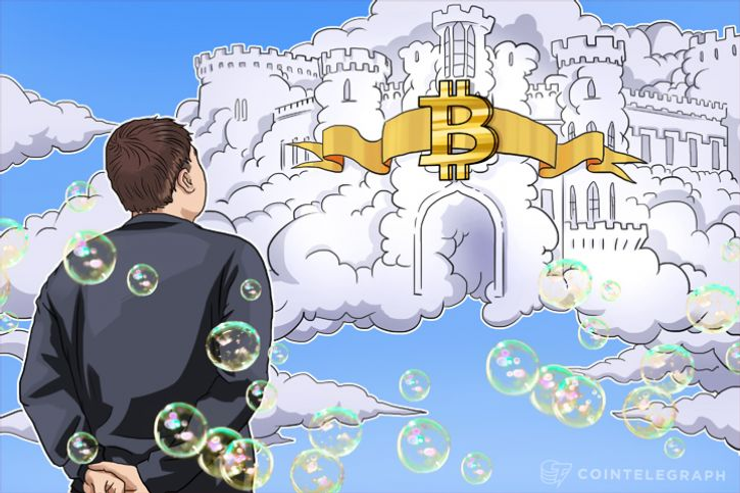 Speaking in a televised debate with host Brian Kelly, the well-known bubble ‘specialist’ appeared to soften his previous comments that Bitcoin was the “best example of a bubble.”

“I don’t mean to demean the innovation and the technology… but it seems to me the enthusiasm for Bitcoin is a little bit out of proportion,” he commented.

“Maybe in the future, there will be some great application of (these) cryptocurrencies.”

Shiller is the latest high-profile traditional finance figure to come out in skepticism of Bitcoin’s growth as prices circle $5,000, up four times since the start of the year.

ICO regulatory turmoil in China produced only temporary backtracking, with prices dipping to $4,000 before rebounding over 50 percent within days.

Speaking to famously bullish Kelly, the Yale professor reiterated his theory that Bitcoin’s popularity was nonetheless due to its “story,” including the “mysterious” nature of its creator Satoshi Nakamoto.

“It’s the quality of the story that’s attracting all this interest,” he hypothesized.

Kelly retorted that as a source of return on investment, Bitcoin held too much promise to overlook, regardless of its future implementations.

“Worst case scenario, if all it ever becomes is digital gold and it can only capture five percent of gold’s market cap, then Bitcoin’s price will be $25,000,” he said to Shiller.

Last month during a spate of volatility caused by Bitcoin Cash, Kelly told CNBC viewers to buy Bitcoin at what he predicted was a “floor” of $3,600.