Crypto bull Anthony Pompliano predicted that every central bank will be buying Bitcoin to hedge risks to the United States dollar.

Every central bank will be buying Bitcoin to hedge risks to the United States dollar, Anthony Pompliano says 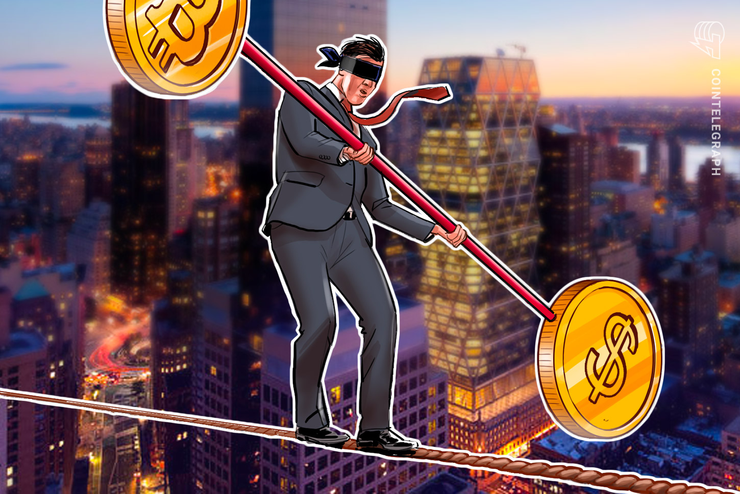 Every central bank will be buying Bitcoin (BTC) to hedge risks to the United States dollar, according to a forecast by major crypto bull Anthony Pompliano.

In a tweet on Aug. 1, Pompliano, co-founder of asset manager firm Morgan Creek Digital Assets, noted the recent news that central banks made the largest historical acquisition of gold.

As reported by The Financial Times, global central banks purchased a record of $15.7 billion in the first half of 2019 in order to diversify their reserves from the U.S. dollar amid global trade tensions. According to the report, central banks accounted for almost one-sixth of total gold demand in the period.

Bitcoin as a non-correlated asset

While the World Gold Council expects geopolitical uncertainty to keep pressure on central banks to build gold reserves, Pompliano now predicts that banks will turn to Bitcoin as a store of value that is unrelated to traditional assets. He wrote:

“Wait till they find out about the non-correlated, asymmetric upside profile of Bitcoin.

Every central bank will be buying Bitcoin.”

The new forecast follows a recent debate on CNBC Africa between Pompliano and gold bug Peter Schiff, who said that Bitcoin became some form of religion, and that investors are only hoping to get rich from their holdings while blind to reality. Schiff said, “When you’re in a bubble, you can’t see the bubble,” and maintained that the Bitcoin had no intrinsic value.

Previously, Forbes editor-in-chief Steve Forbes published an open letter to Facebook CEO Mark Zuckerberg, advising to back their cryptocurrency Libra with gold. According to Forbes, the stablecoin project will become “one of history’s truly seminal creations” if backed by the yellow metal.