Brian Quintenz, a Commissioner at the U.S. CFTC, has argued against the notion that potential price manipulation should be a barrier to the SEC’s approval of a Bitcoin ETF.

A U.S. CFTC Commissioner has argued against the notion that potential price manipulation should be a barrier to the SEC’s approval of a Bitcoin ETF 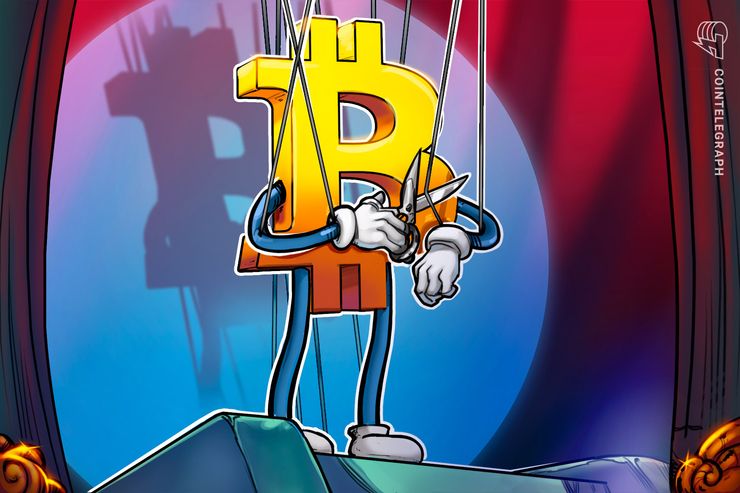 Brian Quintenz, a Commissioner at the United States Commodity Futures Trading Commission (CFTC), has argued against the Securities and Exchange Commission’s (SEC) grounds for not approving a Bitcoin (BTC) exchange traded fund (ETF). Quintenz made his remarks during a panel at the BiPartisan Policy Center in Washington D.C. on Feb. 12.

Quintenz specifically argued that potential price manipulation should not be a barrier to the SEC approving a Bitcoin ETF. The CFTC Commissioner participated in the panel alongside SEC Commissioner Heister Peirce. Peirce has notably earned the moniker of “crypto mom” due to her vocal dissent against the SEC’s move to twice reject a BTC ETF proposal from the Winklevoss twins.

As reported, the SEC has reiterated its qualms over inadequate “resistance to price manipulation” multiple times in its rulings or reviews of BTC-based ETFs. Quintenz drew a parallel between the SEC’s stance and that of his own agency, noting that the CFTC’s “jurisdiction over [...] [Bitcoin futures] contracts requires that they not be readily susceptible to manipulation.”

He went on, however, to underscore that the qualification of “readily susceptible” is an important nuance, given that any product — with sufficient resources — can be manipulated. Certain mechanisms, he proposed — such as basing a product on an index, rather than a commodity —  can in fact be used to make prospective manipulation significantly less likely:

“There are mathematical ways through a settlement index to design a contract where even if there isn’t a lot of liquidity on one exchange referenced, the index itself is not readily susceptible to manipulation.”

Quintenz gave the example of one of the BTC futures contracts that the CFTC has approved for market, which is designed to be settled to “multiple volume weighted average prices in five minute increments over the course of an hour across multiple exchanges.” This, he noted, means that for any actor intending to manipulate the settlement index:

“[...] they would have to have the majority of volume on multiple exchanges in multiple five minute periods. Could they do it? Maybe. Would we know about it? Immediately.”

Commissioner Peirce contributed to the discussion of her agency’s approach to reviewing proposed crypto-based products, noting that:

“At the SEC we have been unwilling to sign off on a Bitcoin ETF thus far. My concern is that it looks a bit like a merit based approach, judging the underlying Bitcoin market and saying we don’t think these are regulated enough. You know, there’s lots of markets that aren’t regulated, but we nevertheless build products on top of them.”

As previously reported, Peirce’s dissent from the SEC’s negative ruling on the Winklevoss BTC ETF application derived from her view that the agency had overstepped “its limited role.” According to the Commissioner, the SEC was focusing upon the characteristics of the underlying Bitcoin spot market, rather than the derivative the applicants had sought to list, in making its decision.