Open interest has surged to a $400 million high this month, while institutional traders are increasing their exposure, not trading Bitcoin.

Bitcoin (BTC) institutional investors are banking on a bull run as the latest data shows new records for the top cryptocurrency’s futures markets.

According to the figures, collected from monitoring resource Skew, CME open interest has hit $399 million, beating the previous record of $392 million from June 2019.

The growth rate in open interest has been particularly impressive since March when it totaled less than $150 million on the back of Bitcoin’s sudden 60% price crash.

At the same time, however, the overall volume on CME futures remains low and has not seen similar behavior.

“Still, the daily trading volume is not seeing the same growth, indicating less trading-driven and more exposure-driven activity on CME,” the company summarized.

An implication from the current status quo could be that CME traders are preparing to short the Bitcoin price, which at press time circled $9,300 — near multi-month highs.

“To me, this implies that the expected course of price action will be to fill short interest; I’m convinced that it remains overhead,” Cointelegraph Markets analyst filbfilb explained in his latest newsletter.

This means I think that there may be room for more upside – possibly briefly across $10k, but overall I think we probably need more time sub $9k. 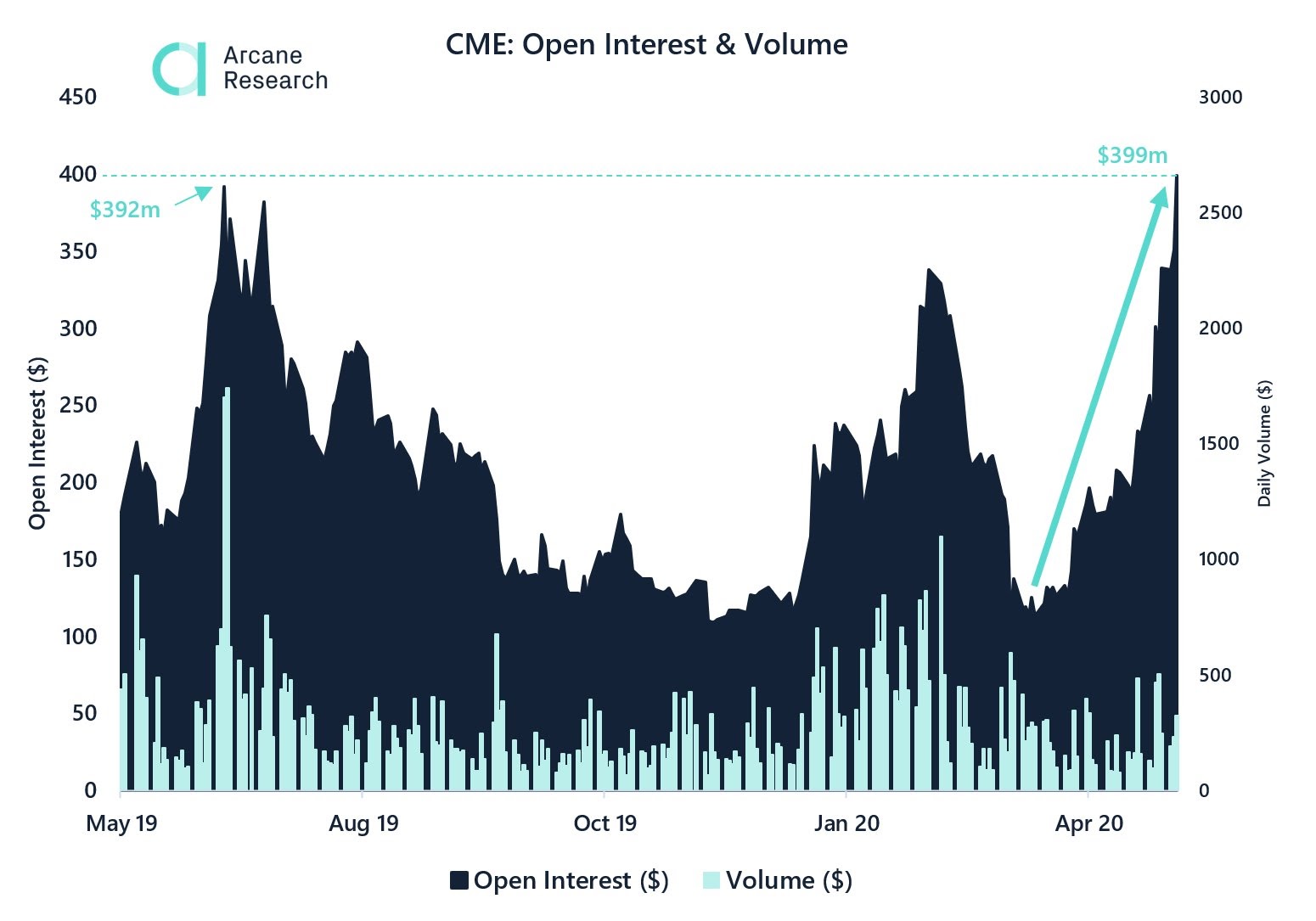 Nonetheless, such behavior could underline renewed faith in Bitcoin from the professional trading sphere, given the cryptocurrency’s continued detachment from stock markets.

As noted by market analyst Mati Greenspan, the past few weeks have seen Bitcoin gain while stocks have withered. This is a stark contrast to March and most of April when the assets were moving in tandem.

Investment advisor Timothy Peterson added that this breakdown had also appeared on the Japanese stock market, the Nikkei.

“The long term relationship between the Japanese stock market and #bitcoin price is undeniable even if unexplained,” he tweeted on Wednesday.

However, the relationship appears to have broken down recently.