Tether, the altcoin backed by fiat currencies USD and EUR, has issued another 300 mln USDT tokens priced at $1 per token on Tuesday March 20, according to data from Omni Explorer.

In mid-February, Tether had released 86 mln in euro-backed EURT and 61.1 mln in US dollar-based USDT on the Ethereum (ETH) Blockchain.

Bitfinex’ed, an anonymous blogger and avid Tether critic, posted on Twitter today that the release of such a large amount of Tether at once caused BTC’s price to rise in proportion:

What a f****** surprise. First new Tethers since they fired their auditor.”

The 300 mln Tether was released Tuesday at 6:51 PM UTC, and BTC did see a price rise around the same time, albeit not a drastic one. As of press time, Bitcoin is trading for around $9,070, up about 6 percent over a 24 hour period. 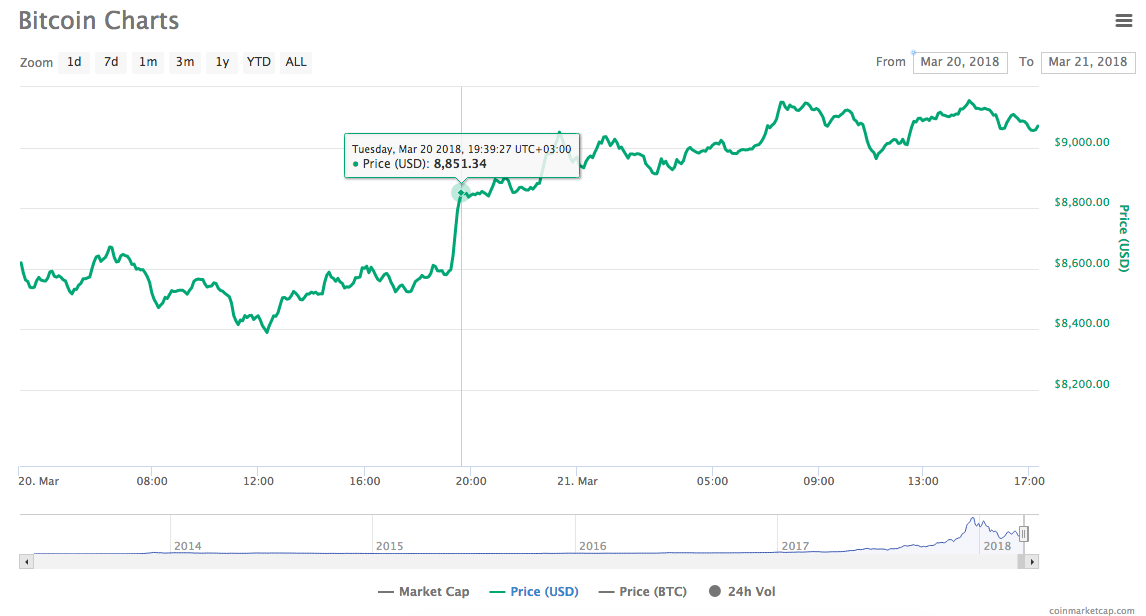 Bitfinex, which is the fifth ranked crypto exchange by 24 hour volume on CoinMarketCap, shares leadership with Tether. This link has led critics like Bitfinex’ed to criticize both the exchange and the token interchangeably for their apparent lack of transparency, since the company has not had an external audit done of its cash reserve. At the end of January, the company broke ties with its auditor before an expected audit was to be released.

In response to Bitfinex’ed’s previous online criticisms, crypto exchange Bitfinex had threatened legal action against its critics in December of last year. In response, Bitfinex’ed has reportedly hired a D.C. based lawyer for any legal battle with the exchange.

However, a study from last month shows that while Tether potentially has enough cash reserves to match its Tether tokens in a Puerto Rican bank, the company needs to reform its KYC/AML procedures or risk getting shut down.