A bruising week for cryptocurrencies, stock markets and even gold

This week, it seemed like nowhere was safe from panic over the coronavirus. Almost $3.2 trillion in U.S. stocks has been wiped out U.S. since Monday — and over the past seven days, Bitcoin has tumbled by more than 13%. Even gold, traditionally regarded as a safe haven asset, wasn’t immune from the sell-offs. BTC failed to defend its 200-day moving average, a crucial factor in determining the health of the bull market, which Cointelegraph analyst flibflib described as a “significant issue.” The coronavirus outbreak has now spread beyond mainland China — with South Korea, Italy and Iran hit the hardest. Expect further turmoil in the markets if the virus continues to spread at this alarming rate.

In a live TV interview on the floor of the New York Stock Exchange, Anthony Pompliano pulled no punches in dismissing Warren Buffett’s criticism of cryptocurrencies. After the billionaire suggested that digital assets were being used for money laundering, the Morgan Creek Digital Assets co-founder accused him of being a hypocrite. Pompliano alleged that Wells Fargo, one of the banks Buffett invests in, has helped launder billions of dollars for the notorious Sinaloa drug cartel. During the CNN interview, Pompliano went even further and claimed that Buffett was out of touch, saying: “I really don’t take technology advice from somebody who uses a flip phone or doesn’t use email.” 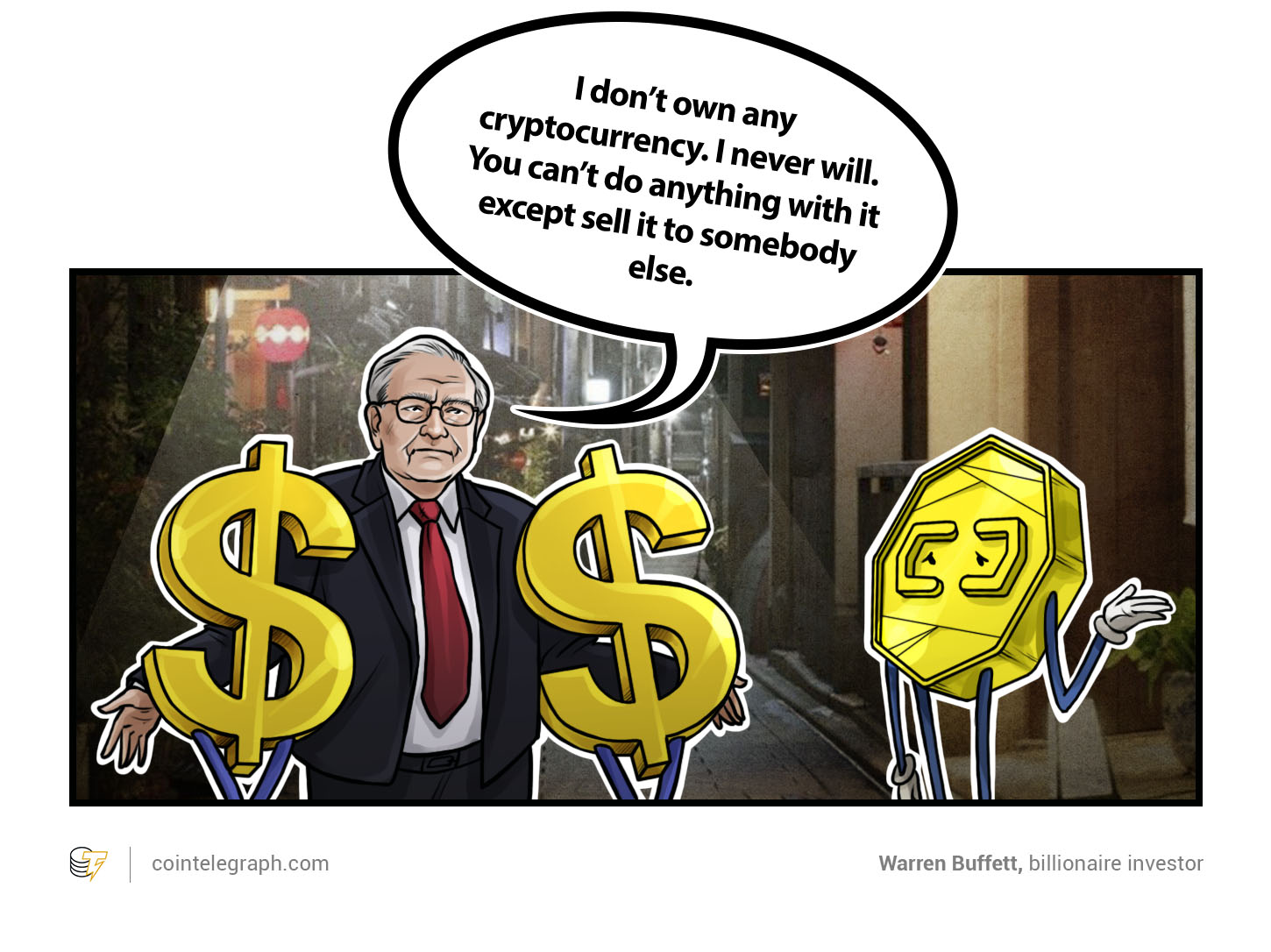 Warren Buffett doesn’t want to own any cryptocurrency

Pompliano’s fighting talk came after Buffett had told CNBC that he doesn’t own any cryptocurrencies because they “basically have no value.” It seems like the world’s fourth-richest man wasn’t sold on Bitcoin when he met up with Tron CEO Justin Sun for a charity lunch. Warning about how cryptocurrencies don’t produce anything, Buffett said: “What you hope is that somebody else comes along and pays you more money for it later on, but then that person’s got the problem. In terms of value… zero.” Nonetheless, the billionaire said he had a “very pleasant” three-and-a-half-hour lunch with Sun. However, there’s a twist. Sun says Buffett does own cryptocurrency because he was given some as a gift — adding that blockchain records can prove it.

To describe the use of mobile voting during the Iowa caucus as a disaster would be an understatement. But this isn’t stopping Kaspersky Labs from developing a blockchain-based voting machine that could become a mainstay of elections in the future. The machine works by issuing voters with unique QR codes or tokens that ensure they can only cast a ballot once. It could eliminate the need for multiple polling places in urban centers, as voters would be able to use their mobile phones instead. Kaspersky Labs says it does intend to completely replace paper-based voting with this technology, as it could “deprive and alienate certain groups of people” from exercising their democratic right. With fears of hacks and data breaches looming large, it could be some time before such machines go mainstream.

After gaining traction in Europe, Revolut is now planning to enable Americans in all 50 states to buy and sell everything from Bitcoin and Ether to Litecoin and XRP. Square is being eyed up as Revolut’s biggest competitor in North America — and the fintech firm believes it could gain an upper hand because of how it supports more than just BTC. Revolut has just raised $500 million on a $5.5-billion valuation, but the company’s general manager, Dan Westgarth, believes that investors aren’t put off by its exposure to crypto. He told Cointelegraph: “Our investors like crypto. They don’t mind the risk as long as it is well-managed, and we are good at it.” 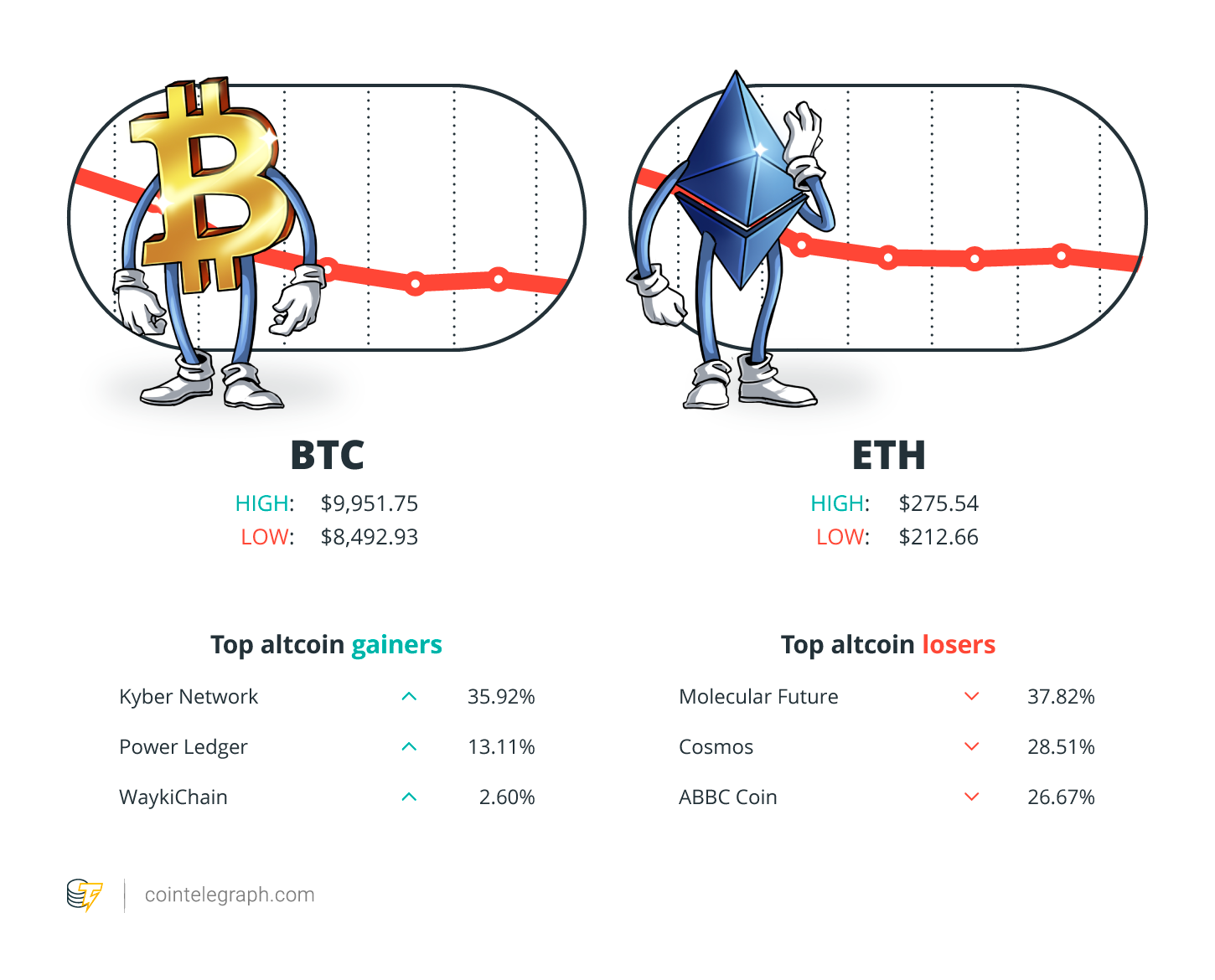 “Our investors like crypto. They don’t mind the risk as long as it is well-managed, and we are good at it.”

“I think the price of Bitcoin, on a long-term basis, will quantuple, if that’s a word.”

“Without keys, BTC will be confiscated. Code is law, and courts can mandate patching code. Bitcoin is not encrypted. It is economic.”

“He [Craig Wright] claims to be the founder of Bitcoin, Satoshi Nakamoto, which is a lie. He hurts the credibility of Bitcoin and is a disgrace to our entire industry.”

“There's a sucker born every minute, and many of them own Bitcoin.” 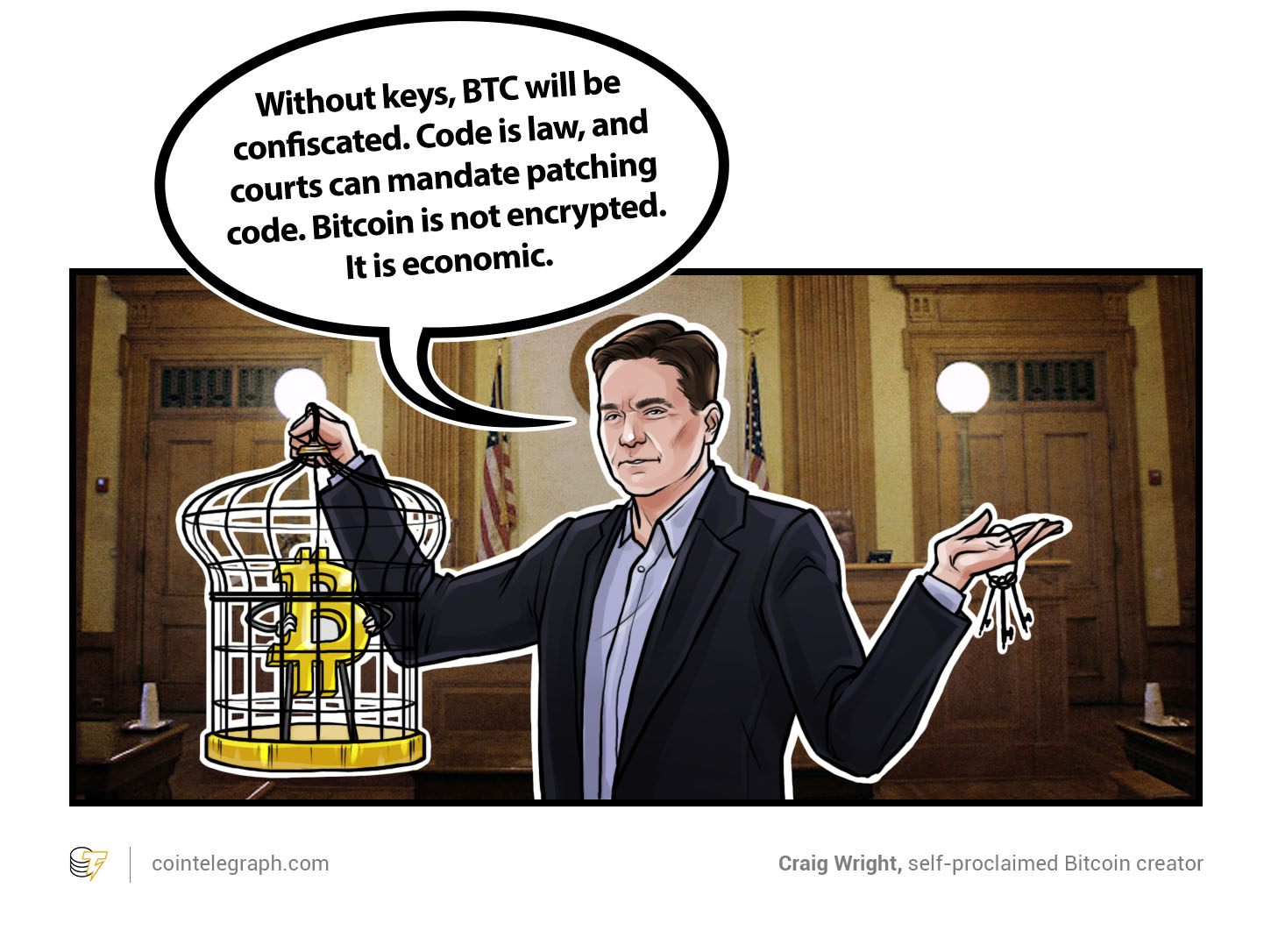 “Ultimately, Bitcoin will be the winner and will be the global reserve currency at some point in the future.”

“I don’t own any cryptocurrency. I never will […] You can’t do anything with it except sell it to somebody else.”

We love a bold prediction here at Hodler’s Digest — especially ones that may not actually make much sense. Robert Herjavec, the multimillionaire star of “Shark Tank,” has said he believes BTC is currently valued at only a fraction of its long-term potential. He told Kitco News: “I think the price of Bitcoin, on a long-term basis, will quantuple, if that’s a word.” (A quick footnote here… quantuple isn’t a word. We can’t be sure, but we think he may mean “quintuple,” which would see BTC increase fivefold.) His inability to access a dictionary doesn’t seem to be the only problem. During the interview, Herjavec appeared to confuse the term “Bitcoin” with the entire crypto industry as a whole, adding: “You can buy different types of Bitcoin, and I think it’s a bit of a fragmented industry.” That’ll be Ether, Rob.

Craig Wright has claimed Bitcoin can and will be seized to accommodate court orders. The Australian entrepreneur, who has proclaimed himself as the BTC creator, Satoshi Nakamoto, believes the first seizures of the cryptocurrency by the courts will happen this year — and that it could happen without private keys. Wright is now calling for hacked exchanges that have lost Bitcoin to get in touch so “people get their money back, starting this year.” He went on to say: “You see, Bitcoin is easily confiscated, easily returned to the owner.” Whether or not any of this is grounded in reality remains to be seen. 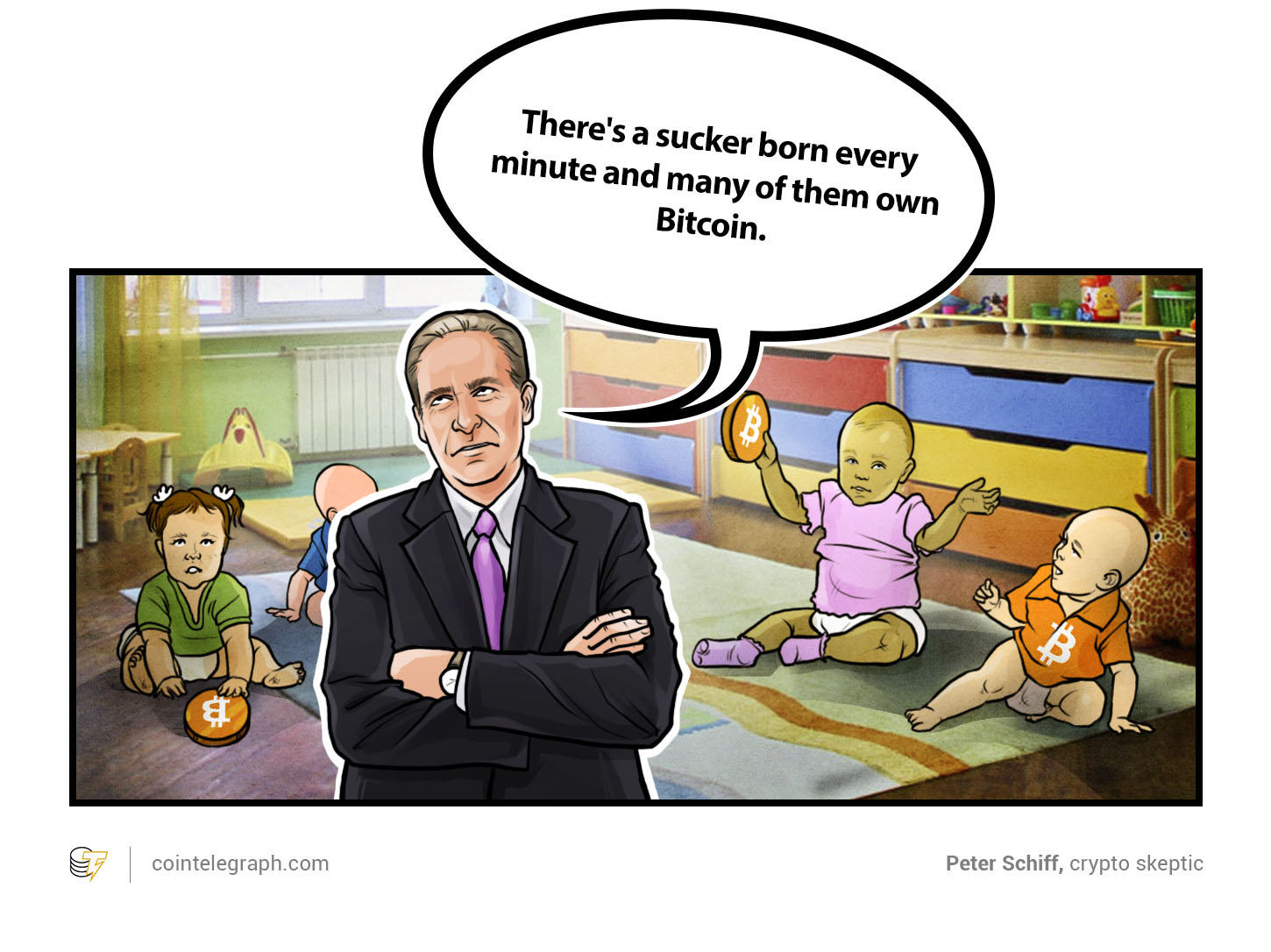 Wright’s many stunts have left other stalwarts in the crypto industry distinctly unimpressed. One of them is Changpeng Zhao, the CEO of Binance. He told Cointelegraph that Wright’s claim of being Satoshi Nakamoto is a lie, adding: “He hurts the credibility of Bitcoin and is a disgrace to our entire industry.” Zhao added that Wright could easily have proved if he actually was behind BTC, adding: “He could not use even the most remote way to prove his claims. The true inventor of Bitcoin is far more capable than that.”

A new trojan that steals two-factor authentication codes generated by the Google Authenticator app has been identified by an Amsterdam-based cybersecurity firm. “Cerberus” has an extensive list of targets, including the U.S.-based cryptocurrency exchange Coinbase. It is also believed that the Remote Access Trojan has the ability to steal device screen-lock PIN codes and swipe patterns. ThreatFabric, the company that uncovered Cerberus, warned: “We can conclude that this screen-lock credential theft was built in order for the actors to be able to remotely unlock the device in order to perform fraud when the victim is not using the device.”

The BCH question: How to recover after $30 million hack and mining tax row?

Bitcoin Cash has had a rather awful start to 2020 — with some analysts predicting we will now begin to witness the cryptocurrency’s “slow death.” Joseph Birch looks at some of the biggest issues facing BCH, which has divided its community like never before.

What is Bitcoin? Is it a currency? A form of money? A store of value? All of the above or none of the above? Perhaps something completely new? Here’s António Madeira.

Some major jurisdictions, such as Russia, are planning to flag any and all transactions involving cryptocurrency as suspicious. What gives? Here’s Kirill Bryanov.