Crypto markets are seeing mixed signals, with total market cap seeing a slight drop off, Bitcoin is trading around $6,480.

Tuesday, Oct. 23: crypto markets continue their sideways trend today, with total market cap slightly down over the past 24 hours, according to CoinMarketCap. The markets are seeing mixed signals as of press time, with most top coins trading sideways, up or down by less than one percent.

Bitcoin (BTC) is up less than a tenth of a percent over the past 24 hours, and trading at $6,487.77 at press time. The major cryptocurrency have seen small volatility over the day, having dropped to as low as $6,454, while the intraday high reached $6,506 as of press time. In terms of a weekly view, Bitcoin has dropped by around 1.7 percent, with the current price interval fluctuating at the same levels as on Oct. 19. 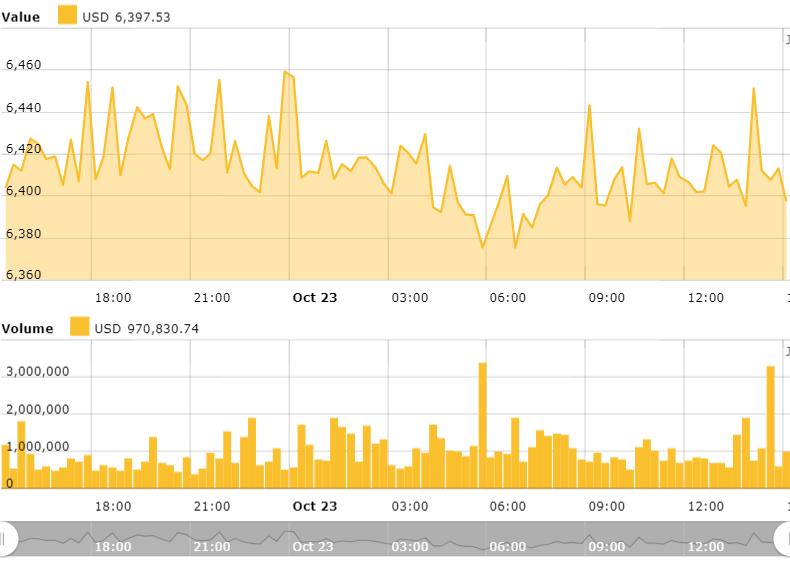 Ethereum (ETH), the second top cryptocurrency by market cap, is up 2.95 percent over the 24 hour period, trading at $206 at press time. The major altcoin has seen its highest price point over the week on Oct. 16, amounting to $210, with a weekly low of $201. 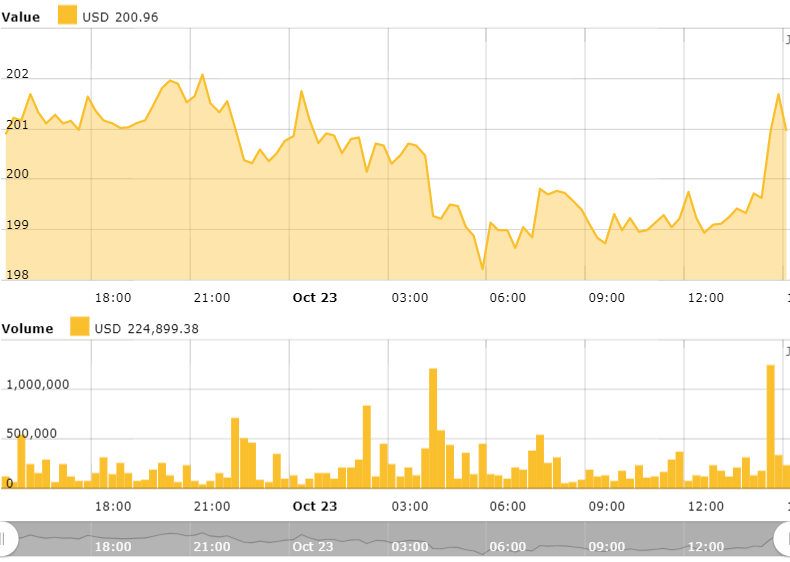 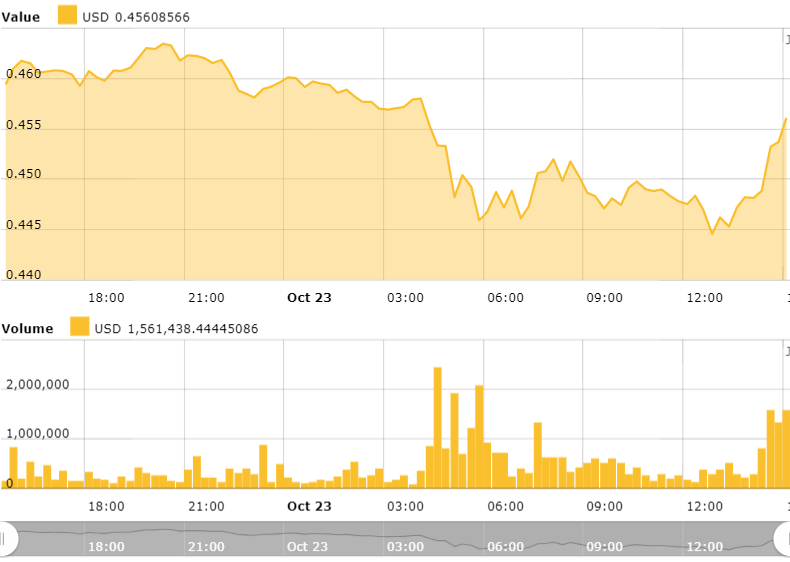 Daily trade volume has been hovering around $10 billion over the day, following the recent spike from $9 billion on Oct. 21. CoinMarketCap has delisted some cryptocurrencies, with the total number of coins dropping from 2,112 to the current 2,056. 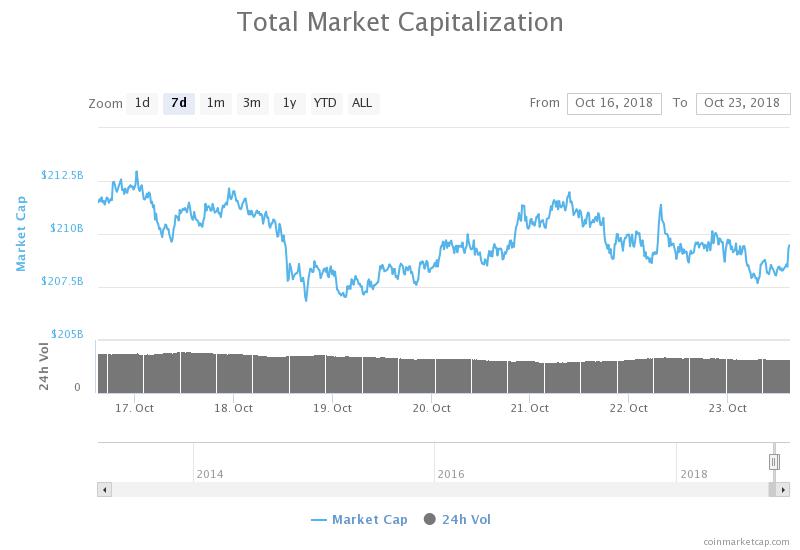 VeChain (VET), the 19th top coin by market cap, has seen the biggest gains over the past 24 hours among the top 20 cryptocurrencies. The altcoin is up 6.85 percent and trading at $0.011, which is still down around 0.62 percent over the past 7 days.

Yesterday, the CEO of crypto investment app Circle, Jeremy Allaire, urged global economies to develop coordinated regulation of cryptocurrencies, stressing that there is a need to pay special attention to the regulation of Initial Coin Offerings (ICOs), as well as crypto market manipulation and know-your-customer (KYC) policies.