Thursday, July 4— The number one cryptocurrency Bitcoin (BTC) is seeing mild gains on the day as ether (ETH) and ripple (XRP) trade sideways.

Bitcoin has had a volatile week. Bitcoin was trading at over $13,000 on June 26 and under $10,000 on July 2. Bitcoin is currently trading at just over $11,850, and some analysts think BTC could rally significantly today as it is Independence Day in the United States. Crypto analytics website SFOX reported that holidays in the midst of a bull market tend to spark FOMO, a trend apparently supported by Google Trends data:

“At times when the market is already doing well or improving, holidays have the potential to drive renewed retail interest in buying bitcoin and other cryptocurrencies. That behavior, almost by definition, is FOMO: buying into an asset because one sees it trending upward and wants to benefit from it.” 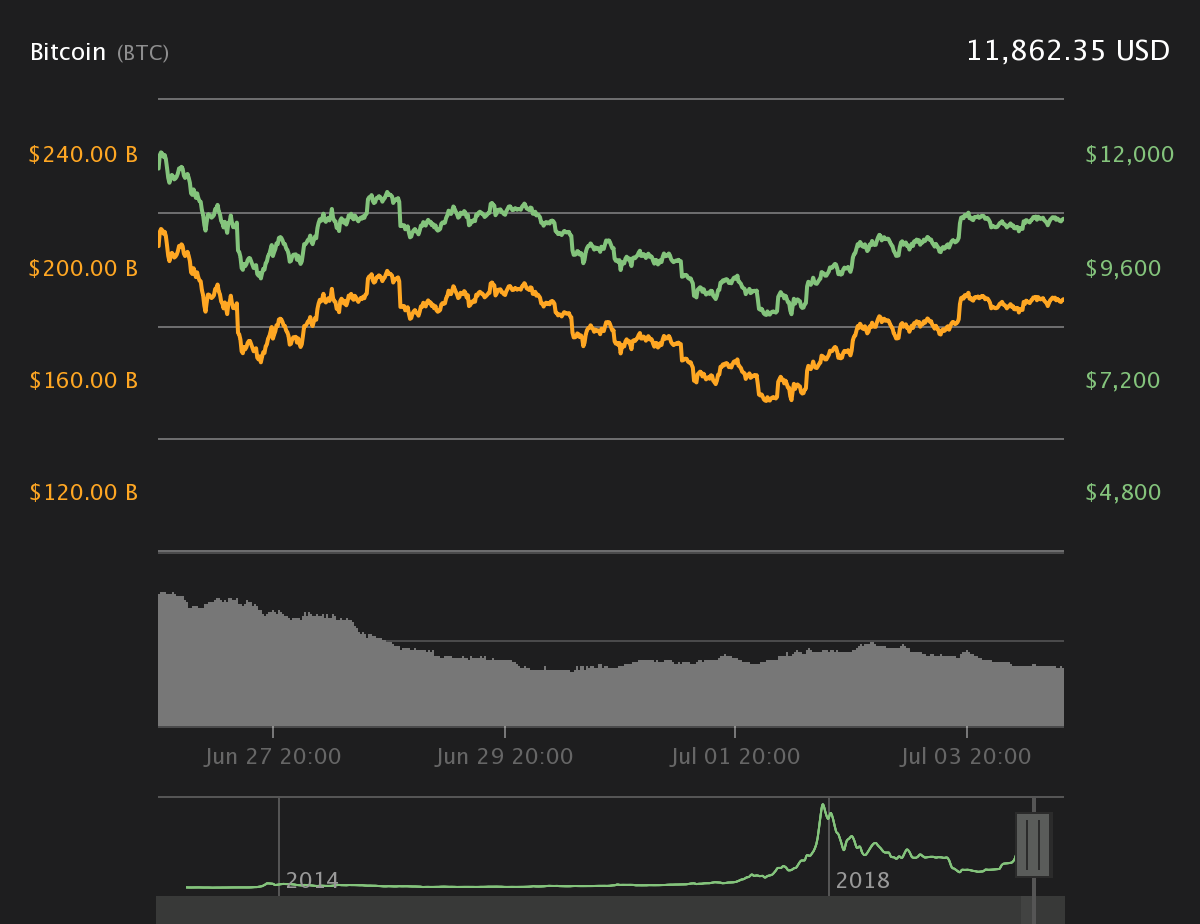 Top altcoin ETH is currently trading sideways at around $300. Major cryptocurrency exchange Binance recently announced that it was moving off the Omni standard and onto ERC-20 for its Tether (USDT) addresses. The exchange Poloniex also added support for Ethereum-based USDT, citing a cheaper and faster process for transactions and deposits. 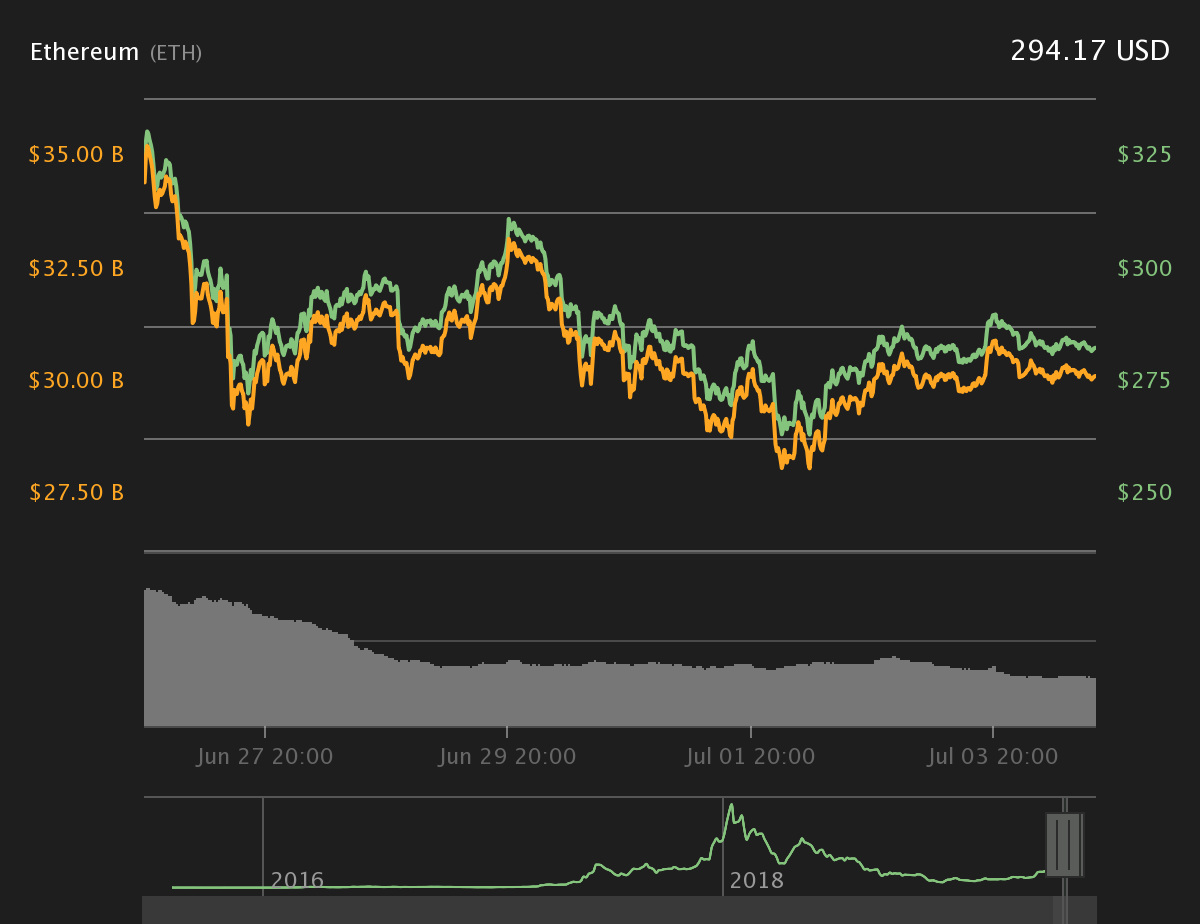 Ripple is mostly trading sideways, with some minor losses at press time of approximately 1%. However, XRP has trended down significantly since its monthly highs on June 22 and June 26, seeing approximately a 15% correction from those peaks. XRP is trading just shy of $.40 at press time.

Ripple’s incubatory subsidiary Xpring recently announced that it has dedicated $500 million to XRP projects with since the coin’s inception. The investment group reportedly intends to bolster the infrastructure for XRP, as well as support innovative ripple projects. 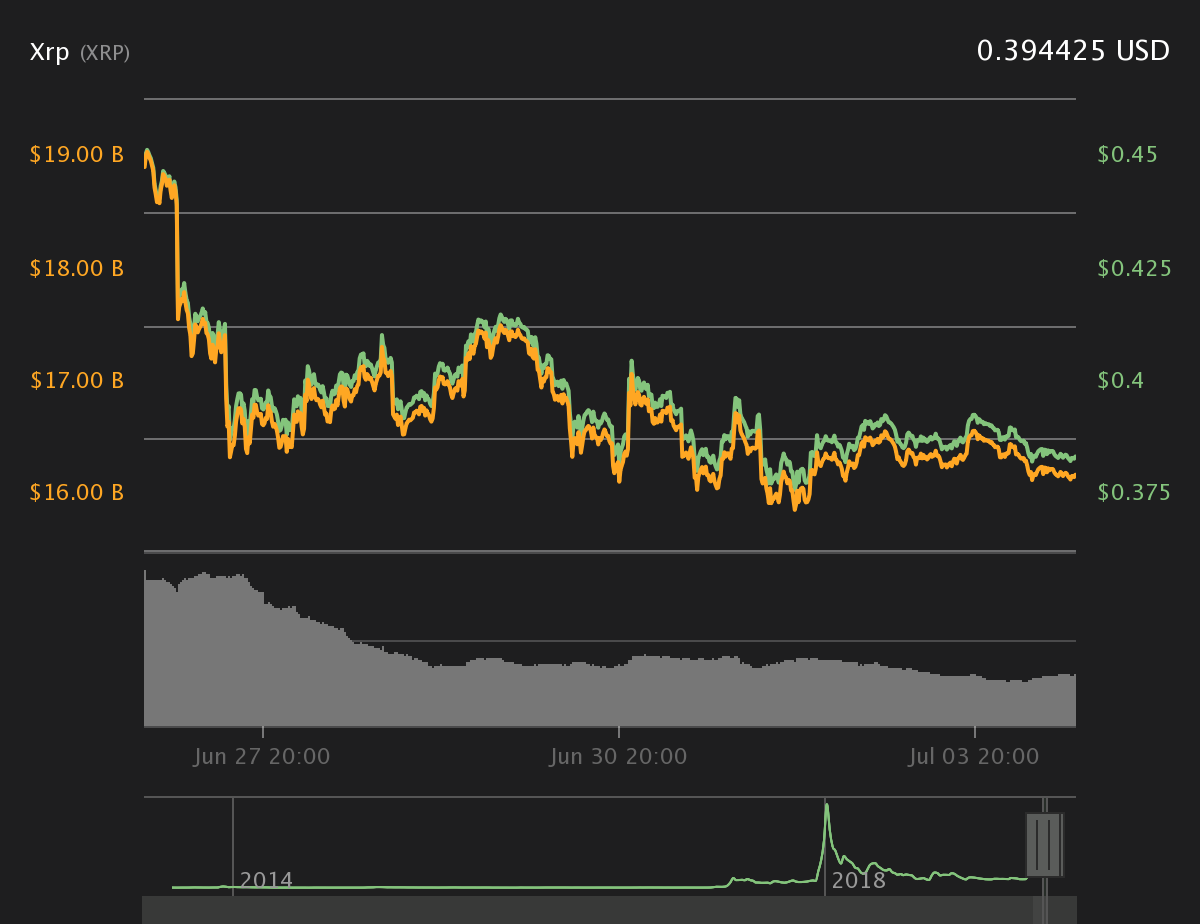 As far as other top cryptocurrencies are concerned, Chainlink (LINK) is continuing to see colossal gains this week. At press time, data from Coin360 shows that LINK is up by 49% over the last 7 days.

The total market cap of the top 100 cryptocurrencies is currently $330.4 billion, according to the data provided by Coin360’s summary table.

Meanwhile in traditional markets, gold and oil are trending down slightly as the stock market sees some minor gains, according to data from MarketWatch.

JPMorgan recently announced that it plans to issue a stablecoin by the end of 2019. An executive at the banking giant also said JPM thinks securities are en route to become digital or tokenized, over a span of five to twenty years.