Greece’s top administrative court has suspended the decision to extradite Alexander Vinnik, who is accused of laundering billions of dollars through a cryptocurrency exchange.

A top Greek court has reportedly suspended the decision to extradite Alexander Vinnik, who is accused of laundering billions through crypto exchange BTC-e 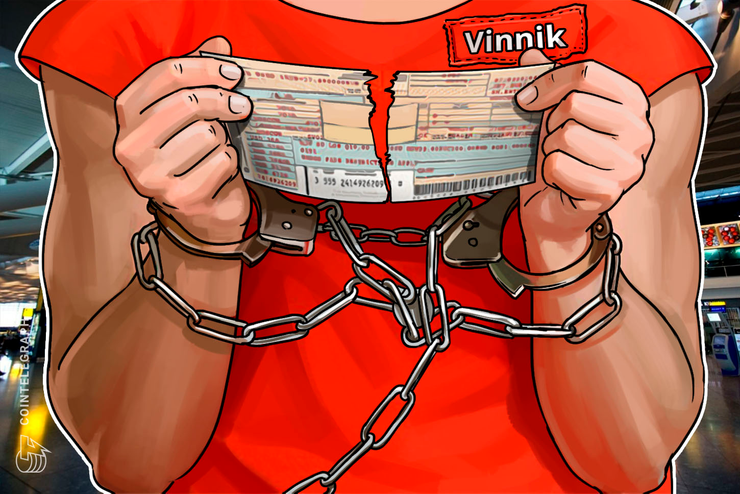 Greece’s top administrative court has suspended a decision to extradite Alexander Vinnik, a Russian national suspected of laundering of billions of dollars through a cryptocurrency exchange.

According to Reuters on Dec. 23, Vinnik’s lawyer said that the decision to extradite is suspended until the court hears an appeal, the date of which is still pending.

The ministry’s move to extradite had reportedly led Vinnik to start another hunger strike, leading his lawyer Zoe Costantopoulou to characterize the decision as a death sentence.

Another extradition to come?

Vinnik is the alleged mastermind of an international money laundering scheme that processed $4 billion through the cryptocurrency exchange BTC-e. Back in 2017, Vinnik publicly declared his innocence and even offered to help Russian President Vladimir Putin as a digital technology specialist.

As Cointelegraph reported, American prosecutors filed a complaint against Vinnik in July. Over time, multiple requests for his extradition were submitted by France, Russia and the United States, morphing the case in a tug-of-war over a strategic intelligence asset between the U.S. and Russia.

The justice ministry’s decision noted that the second extradition destination should be the U.S., and then Russia, meaning that, should proceedings be completed against him in France, he would subsequently be transferred to the U.S.