Joseph Lubin: People Said Ethereum Could Not Be Done, but It Is a Remarkable Success

An interview with the co-founder of Ethereum on everything he achieved so far and what’s ahead.

The interview has been edited and condensed.

“[..]I met Joe. Joe is the CEO of ConsenSys, and he has something about him; he is an inspirational figure, he has this ability to excite people about this future”

This is how Ajit Tripathi, a partner at ConsenSys, described Joseph Lubin during the recent interview to Cointelegraph in response to a question about why he joined ConsenSys.

A 53-year old Canadian-born entrepreneur is one of the most prominent figures in the blockchain space. He co-founded Ethereum, a decentralized platform for applications and later founded ConsenSys, a Brooklyn-based blockchain software development company.

Besides managing dozens of projects at the same time, Joseph seems to be now living on a plane, as he has tight schedule visiting events all over the world and spreading the word about crypto to different audiences. How does he manage that?  “Don’t sleep.”

The story behind Ethereum

“Bitcoin happened, and in around 2012 things were gaining momentum. People around the world in the Bitcoin space started thinking: “This is an amazing database technology breakthrough, not only does it enable people to be incentivized to share their resources, to validate transactions in a secure network, but it provides these trust layers that we’ve never had before — so radically decentralized trust layers, so that people could interact with one another, transact with one another.”

If they were competing, or if they did not even know one another, they would still have full trust in those transactions. So, Bitcoin contemplated that sort of thing only for money, basically, cryptocurrency.”

Lots of people in 2012 thought “We should be using these [trust layers] for all of our software systems,” so different things were tried — colored coins, meta-protocols, other blockchain systems

It contemplated having a complete virtual machine at every node of the peer-to-peer network, separating the protocol layer from the application layer.

In Bitcoin up to that point, there was no separation of an application protocol. If you wanted to build some new app into Bitcoin or another blockchain system, you had to do it at a protocol level. You needed a protocol to figure out how to fiddle bits into architect things and to create new application code in there. Then you had to create some user interface for it.

Separating protocol layer from the application layer enabled, essentially, billions of software engineers to not worry too much about what is going on the protocol layer and just build with tools similar to what they are used to using, when building web applications and mobile applications, and identify their own problem, and build their own solution.

It ended up working out pretty well, because the Ethereum application layer developer base is about 40 times larger currently, according to Gartner.”

In December 2013, Joseph met Vitalik Buterin in Toronto, hometown for both of them, a month after Vitalik had written the white paper describing Ethereum.

A few weeks later, Vitalik delivered the Ethereum paper at the North American Bitcoin conference in Miami, and the first phase of the project was structured there as well.

Most challenging time for the Ethereum network

“There are lots of challenging times for a project.” 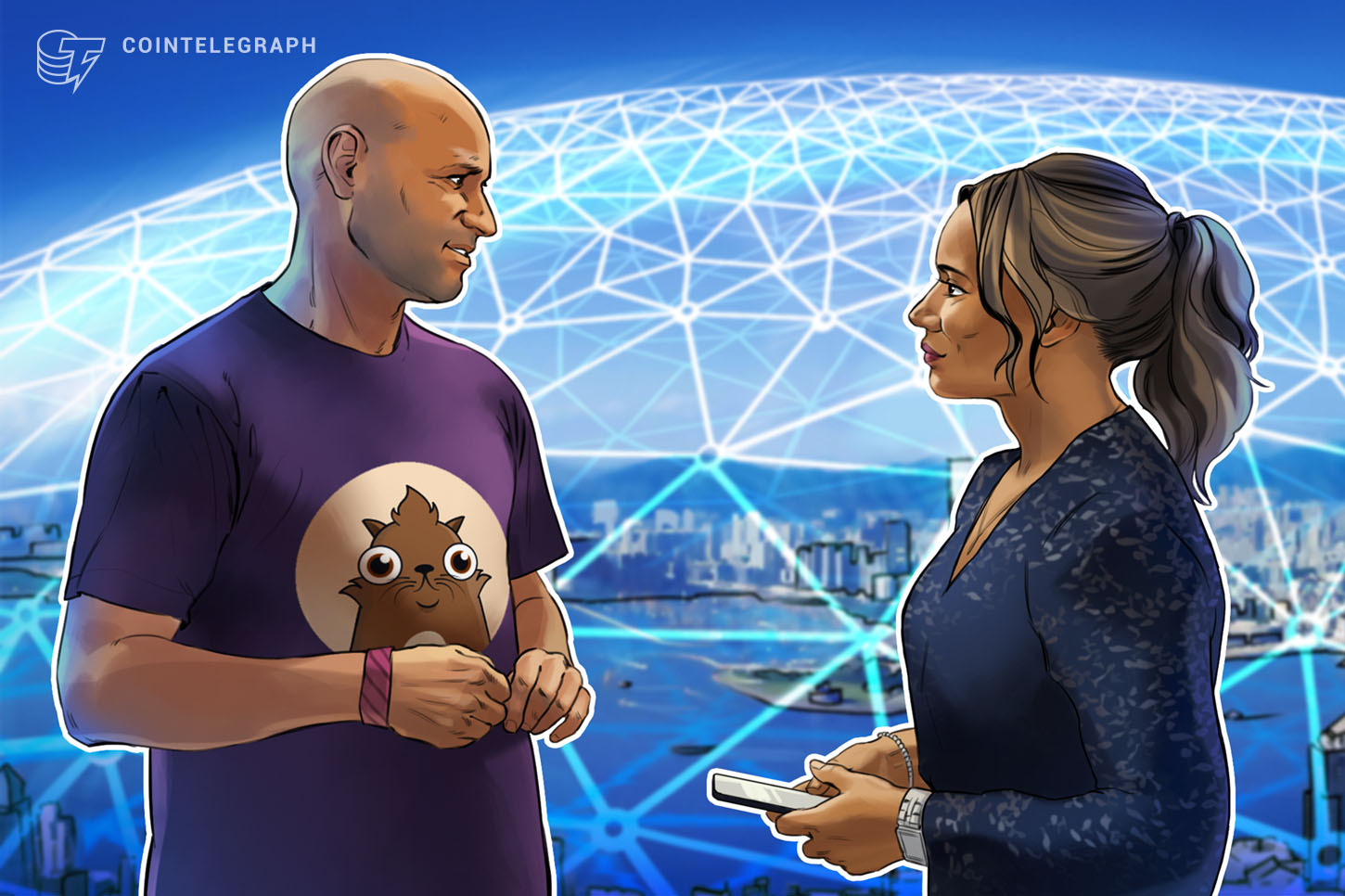 If there have been difficult times for the Ethereum project, let’s say technically difficult times, it is absolutely necessary — the internet protocols involved, the web protocols evolved, because software developers were pushing on them.”

For decades we had scalability concerns in information technology and we need to keep throwing too much at the network so that we know exactly where the weak spots are, where the bottlenecks are, and we need an architect to handle bigger and better applications.

On June 14, the SEC official said that Ethereum would not be regulated as a security, stating that the token is now “sufficiently decentralized to disqualify it from a securities classification.”

“We were extremely confident that it would never be seen to be a security. We did a huge amount of legal work back in 2014, even before we launched the Ether token. The sale did not constitute the sale of the unregistered security to American citizens.

We understood the ramifications if they have declared it [a security], there would be some issues around where the token could trade, but the ecosystems are already so enormous, established decentralized, that it cannot really stop that sort of thing or we had to introduce some adjustments.”

What’s even more exciting <...> is that they [the SEC] consider Ether to be in a new class of tokens — consumer utility tokens

“Consensus was started about 3,5 years ago. One year into the Ethereum project, we were getting to the point of releasing version one of the platform. But there weren’t a lot of people building applications, so we started [doing] it. We started building a few applications <...> and realized it was hard [to do] with no developer tools for a platform that wasn’t really yet released and the ecosystem that did not exist.

We started building those developer tools, infrastructure to support applications, things like MetaMask and Infura, which currently handles about eight billion queries per day from the public Ethereum and IPFS [InterPlanetary File] systems. Ethereum is a network that handles somewhere between eight thousand and a million transactions a day currently, that’s about eighty percent of all the transactions in the blockchain space.

We’ve built other products like uPort, self-sovereign identity, the reputation systems, governments tools, and many of protocol-based open platforms. They’re not all running with the token right now, but they are all moving towards defining a protocol and turning it into an open platform, so lots of businesses can operate on these platforms.

We also do enterprise and government consulting, it’s nearly all on Ethereum, so we do a huge amount of Ethereum-focused work for the public blockchain ecosystem. We use the exact same technology in work with corporations. There’s also work done in energy, banking, insurance, healthcare, supply chain and education, and lots of things with government as well.

[We’ve] worked in Dubai — Dubai Smart City Project and land registry work. We are a manager of the European Union Blockchain observatory, where we interact with lots of member nations, and help drive thought leadership there.

[We also have] our education groups, Consensus academy —  a hundred and twenty blockchain engineers have graduated already. Lawyers are continuing our legal education courses, [there are] other kinds of learners from different institutions.

You can watch the full interview here:

About the ‘feud’ with Jimmy Song

In May 2018, at the Consensus event in New York, Joseph and Jimmy Song, a partner at Blockchain Capital, entered a bet, the terms are yet to be figured out, on “any amount of Bitcoins.”

“He believed that nothing significant would be built on the blockchain systems except Bitcoin [in five years].”

“So, you are pretty sure that you will win?”

“I’m pretty sure that everybody will win because of the better systems build on blockchain.”

When asked whether he is a crypto trader, Joseph said no, explaining that he “works for a living.”