Kevin O’Leary said that cryptocurrencies are non-compliant, and as such are not useful for paying taxes or being used as a currency. 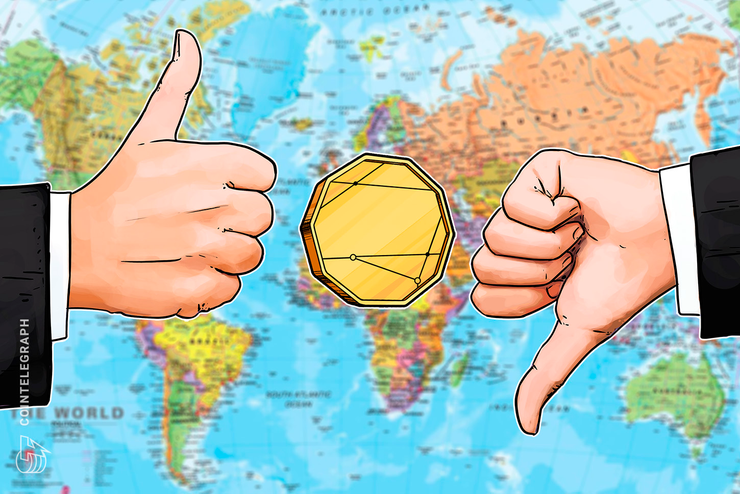 During an interview published on July 3, O’Leary said that he would not invest or get involved in cryptocurrencies because of their purportedly unregulated nature:

“If I want to be compliant and I don’t wanna breach any regulators because I’m a participant in financial services globally, and that is where the majority of money is, [...] I have to be compliant, I have no interest in doing any of this crypto crap because it is not compliant.”

O’Leary suggested a hypothetical “regulated” crypto asset based on two or three prominent fiat currencies such as the U.S. dollar, the yen, and the euro or the Swiss franc.

With this asset, O’Leary claims it would be possible to buy equity, pay debt and taxes, and also convert back to the original fiat currency. When it comes to traditional cryptocurrencies, O’Leary said that he does not want to hold any:

“All of this non-compliant stuff… I don’t want to get involved with a drug dealer trading bitcoins somewhere. I want nothing to do with that.”

Circle co-founder and CEO Jeremy Allaire challenged O’Leary by pointing out that intermediaries between the cryptocurrency ecosystem and the banking system are regulated:

“The crypto industry has been regulated in the U.S. since 2013. If you want to sit between the banking system and cryptocurrency, you have to be licensed as a financial institution.”

O’Leary concluded that, since one cannot pay taxes with cryptocurrencies, they are currently a “rogue currency.”

The TV host has previously expressed his pessimism toward crypto assets. In May, he said that he believes bitcoin (BTC) is a useless currency, since people accepting it want to hedge against its volatility.

Concerns about regulatory clarity and compliance are also shared by the cryptocurrency community. In the United States, regulators are working to better define digital assets so as to promote the industry’s development. In April, Representatives in the House of Representatives reintroduced the Token Taxonomy Act, which aims to provide clearer guidelines for blockchain and crypto businesses.