LinkedIn has released a report showing that the role of blockchain developer is the fastest growing emerging job in the U.S. this year.

The recent 2018 U.S. Emerging Jobs report by LinkedIn has found that the role of blockchain developer is the fastest growing job in the U.S. in 2018 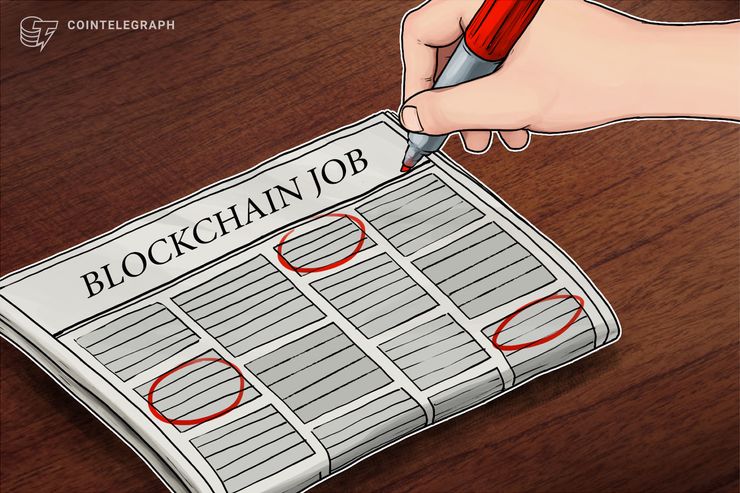 The role of blockchain developer is the most rapidly growing emerging job in the United States, according to the 2018 U.S. Emerging Jobs report by LinkedIn released on Dec. 13.

In the course of preparing the report, LinkedIn used data from its Economic Graph to analyze the positions that companies are hastily hiring for, as well as skills related to those positions and roles that have emerged over the past five years.

The professional social network found that the role of blockchain developer has registered an increase of 33 times in the past 12 months, while cities with the highest demand are San Francisco, New York City, and Atlanta. Among major skills required for the role, LinkedIn notes solidity, blockchain, Ethereum, cryptocurrency, and Node.js.

As Cointelegraph previously reported, 645 vacancies tagged with the words “blockchain,” “Bitcoin,” or “cryptocurrency” were published on LinkedIn in 2016. By 2017, the number surged to around 1,800 and to 4,500 vacancies by mid-May of this year. As of recently, LinkedIn’s search system displays 13,816 records related to blockchain and 2,479 records related to cryptocurrency.

A report prepared by job review site Glassdoor shows that as of August 2018, U.S. companies had posted 1,775 vacancies related to blockchain technology, which is three times more compared to the previous year. 79 percent of the vacancies are concentrated in the 15 largest American cities, and the most saturated demand regions show that New York and San Francisco account for 24 percent and 21 percent of the total number of crypto-industry job offers.

Social network Facebook listed five new blockchain-related jobs on its careers page within the past three weeks. In the job description for blockchain engineer at the Facebook Blockchain Data Engineering team, the ad characterizes the position as technically and intellectually challenging work, which “will have massive global impact.”