The new technology presents various challenges to be overcome, both technical and non-technical, a report says.

Private blockchain governance is an area of concern for Moody’s analysts, according to a new report 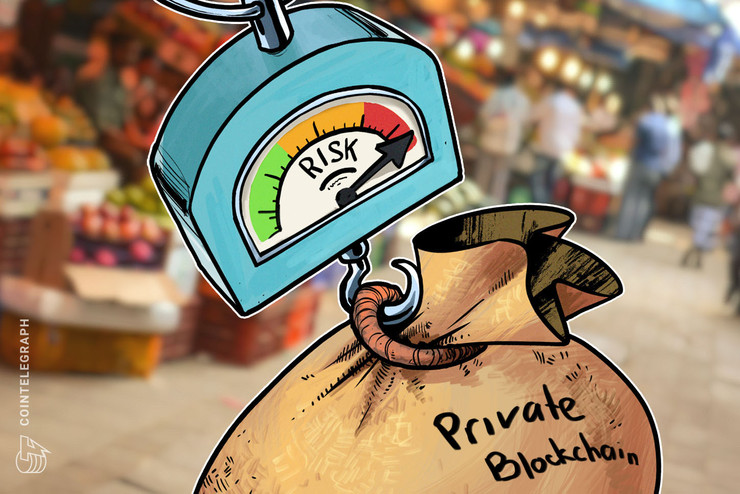 Part of an investigation into the potential impact of blockchain technology on structured finance, the report highlights key differences between current market trends.

Specifically, corporations should be aware of the pluses and minuses involved in using private blockchains, which can run without a decentralized consensus or governance mechanism and thus become open to manipulation.

“New risks with blockchain technology in securitizations may emerge as well as the reinforcement of some already existing ones,” a summary of the research document reads. It continues:

“Risks include counterparty concentration, IT and operational risks, inappropriate blockchain governance and legal and regulatory issues.”

As Cointelegraph reported, multiple major global entities have sought to leverage blockchain in one way or another with an eye to hooking specific market sectors.

Those efforts have resulted in forms of blockchain that are far removed from the decentralized structure powering bitcoin (BTC), with some, such as Accenture’s editable blockchain technology, even allowing users to alter the flow of information they contain.

“Private/centralised blockchains are more exposed to fraud risk because system design and administration remains concentrated with one or few parties,” the report summarizes.

Earlier this month, the World Economic Forum nonetheless reported that blockchain interest was high among central banks, with 40 considering the use of phenomena such as digital currencies.

The governments of Afghanistan and Tunisia, meanwhile, told the International Monetary Fund that they want to issue bitcoin-based bonds in future.