A press conference reveals Trump keenly anticipating an oil price from the 1950s as fiat currencies dependent on the market look set to suffer.

In a press conference on March 31, Trump reiterated what has become a penchant for lower oil prices.

Trump: $9 could “get you what you wanted”

He was speaking amid talks with both Russia and Saudi Arabia, both of which plan to increase oil production this month despite the plunge in demand caused by coronavirus. WTI crude prices have lost more than 50% in the past 30 days alone.

“Look, it’s $22, but it’s really much cheaper than that if you want to negotiate — nobody’s seen that,” Trump told the press.

The last time that oil circled $10 was in 1998 when Saudi Arabia likewise flooded the market to ward off an advance by Venezuela.

As Cointelegraph reported, Bitcoin has limited its year-to-date losses to around 10%, whereas WTI has shed almost 70%, according to data from monitoring resource Skew. 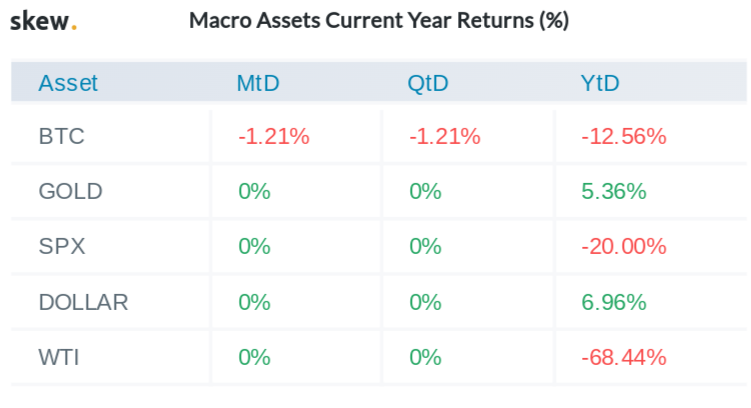 Trump’s comments were particularly poignant coming on the back of the turmoil facing both the U.S. dollar and its issuer, the Federal Reserve.

After the Fed said that it had “unlimited” money, Trump claimed that the state could manipulate infinitely, describing it as “our money” and “our currency.”

This, in turn, sent shivers down the spine of Bitcoin supporters, as the lack of such meddling in the money supply is a key benefit over fiat which makes the cryptocurrency a form of “hard” money.

The planned production boost in April is especially notable for Russia’s fiat currency, the ruble, and those who use it. Heavily tied to oil prices, the ruble has plunged to its lowest level against the dollar in four years.