Pierre-Edouard Wahl, PwC Switzerland’s head of blockchain, thinks that regulators need to focus on smart contract regulation rather than just the regulation of tokens 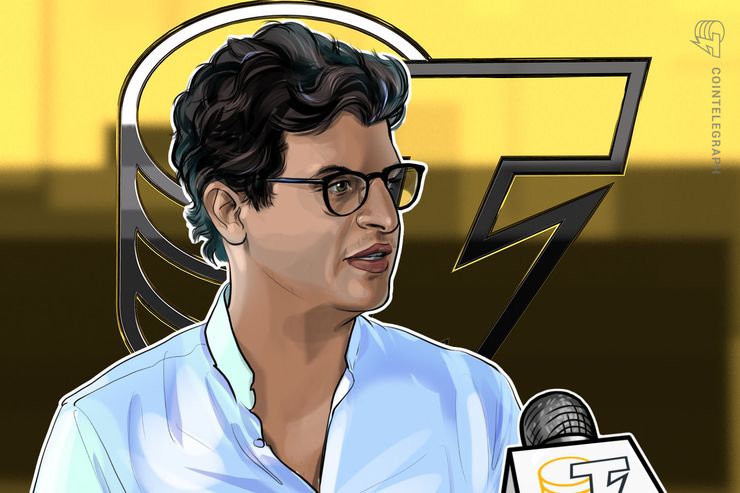 Cointelegraph recently had the chance to speak with Pierre-Edouard Wahl, the head of blockchain digital services at PwC Switzerland, about the future potential of blockchain in the country.

Wahl, who noted that PwC Switzerland worked closely with main Swiss stock exchange SIX on their announcement of a future distributed ledger-based digital asset exchange, elaborated on his beliefs that crypto must be used in order to go mainstream enough to give people back control of their digital footprints.

Molly Jane: Could you tell us how you got interested in the blockchain and cryptocurrency space?

Pierre-Edouard Wahl: I’m an engineer by schooling. I’ve been in the blockchain space for several years now, and I discovered a Bitcoin community that was very ideologically driven. The community drove me to the technology, not the other way around.

And so I decided to start a B2B Bitcoin exchange and got into some trouble, because at that time, it was very difficult. There was no clear regulation around exchange operations, and I looked for a big banking partner. Unfortunately, at the time, every time you mentioned Bitcoin, there were closed doors — so that did not work out.

But Credit Suisse asked me if I was willing to jumpstart their blockchain department, so I happily did. I spent three years at Credit Suisse and after that left, thought I was going to get back to the startup world, but really thought I had an opportunity at PwC to make an even bigger difference than in the startup world. Because we have a reach that is pretty amazing — a very high level of established business, executive suite. So, yeah, that was the exciting part.

MJ: When did you first hear about cryptocurrencies?

I feel like it is an industry that has such a huge potential, and I wish I could have spent more time there. But yes, relative to the existence of this industry, I have been there for a while.

MJ: Do you actually invest in the industry, do you own Bitcoin?

PW:  I am fully invested. I’ve asked my employers to pay me in crypto, but it hasn’t really worked yet.

I don’t only talk the walk, I try to walk the talk.

MJ: Since you say you have been investing in the market for a while, have you ever bought anything with Bitcoin? Like a pizza?

PW: I try to spend Bitcoin wherever I can. I see it as a way to spread the cost. So, yes, I have spent Bitcoin.

In the meetup in San Francisco — the SF Bitcoin-dev meetup — we used to organize what we call “Bitcoin bombs.” All of the participants go to a bar and ask if we can pay in crypto, in Bitcoin — and if we couldn’t, we could go to the next bar, until we found the first one that would accept it.

MJ: So how long did it take you to find a bar that would accept Bitcoin?

PW: San Francisco is pretty open, so generally it went pretty quickly. And we were a crowd, so they had a good incentive. And at that time, there was already BitPay, so if they wanted to receive dollars, they could easily get their dollars rather than Bitcoin.

MJ: Do you have any fear that in the next 10 years Bitcoin will go to a million, and you’ll be that guy that spent his Bitcoin on a cocktail?

MJ: Switzerland’s main stock exchange, SIX, recently announced that they would be launching a “fully regulated” cryptocurrency exchange next year. Could you talk about PwC Switzerland’s role in the announcement?

PW: We’ve been involved in that project and are very proud to be a partner in this new adventure for SIX. We hope that it is going to have impact not only on the Swiss financial place, but really on the global level.

I hope other jurisdictions will follow, if they do not precede us — it is possible that a few jurisdictions will launch on their own, I’d say, major exchanges, before we actually launch ours. But we are really excited about it. We think that it will definitely provide much easier access to the institutional investors. And we can’t — I can’t — wait to see it happen.

MJ: Are you expecting a lot of enthusiasm and energy from the Swiss community for SIX’s digital asset exchange?

PW: This project grew from demand from the industry. There was a lack of infrastructure in our financial service industry — like big banks, small banks — and a lot of demand from their clients. So it really came from the clients themselves who wanted to get into the space.

MJ: Do you think that SIX opening a digital asset exchange in Switzerland will help the country embrace more blockchain companies?

PW: Oh, we definitely hope so. Whether it will or not, I do not know. But hopefully banks will be more enabled with more infrastructure to actually start handling those new asset types. I do expect so, but I do not kn