Roger Ver and Samson Mow’s discussion about Bitcoin scaling turned into a war of words at Deconomy 2018, annual Blockchain forum.

Roger Ver and Samson Mow clashed in debates on Bitcoin scaling at the Deconomy 2018 forum. 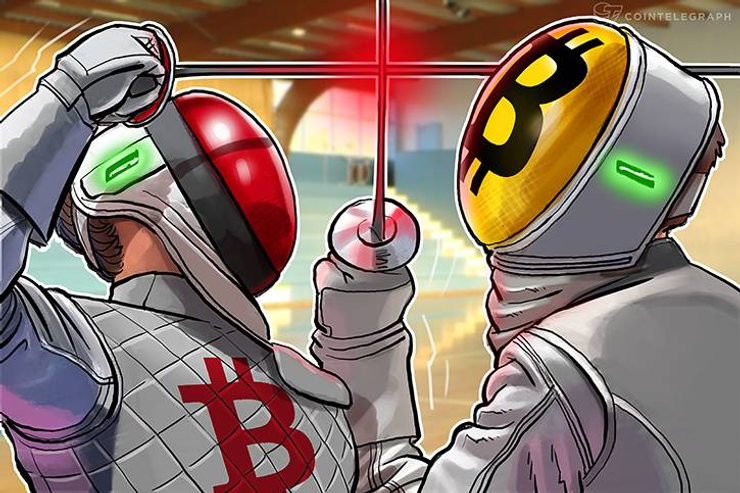 The two-day event, which took place from April 3rd to 4th, brought together Blockchain enthusiasts, entrepreneurs, and leaders in the field aiming to cover the hottest topics in the industry.

The issue of Bitcoin scalability has always been a persistent and painful problem of the first cryptocurrency due to the constant increase in the number of transactions on the chain and the inability to validate them fast enough.

Giving the floor to Ver to express his opinion about Bitcoin scaling, the attendees witnessed his ardent conviction that the scaling of Bitcoin is a ‘natural’ part of the cryptocurrency’s Blockchain, and that there’s no reason to avoid block size increasing if the growing adoption requires it. Ver’s position is that Bitcoin has failed to become digital cash for everyday payments, such as paying for a coffee. That vision, according to Ver, now lives in the ideology of Bitcoin Cash (BCH).

Samson Mow, to the contrary, said that an over the edge increase of blocks is not an ultimate solution as it could lead to increasing the chain weight. Mow believes that there should be a second layer technology integrated, where everything is cryptographically bound to the main chain. According to Mow, this would enable keeping the Bitcoin Blockchain compact enough to synchronize transactions with nodes for a relatively small period of time. He also sees a solution in the usage of Bitcoin coupled with Lightning. Mow said:

“I think scaling Bitcoin, we have to take into consideration the computer science aspect of it. We can’t just make things up. We actually have to look at the code and we have to follow the consensus rule, so if you look at what Bitcoin Core has been doing, is they’ve been scaling all along so that everything is backwards compatible.”

Ver parried with an argument that the intention behind Bitcoin Core might be positive, however the empirical evidence shows that the “effects were negative and incredibly damaging to Bitcoin” and cause a “negative merchant adoption around the world.” Ver claimed that it’s easier for merchants to migrate to Altcoins rather than to add Lightning support to the existing Bitcoin payment option because it would be expensive and unreliable. Ver stated:

“Bitcoin Core is having negative merchant adoption around the world. Bitcoin Cash is having positive merchant adoption around the world. So even if Samson and Blockstream and Bitcoin Core supporters have the absolute best intentions in their heart, we have the empirical evidence to show that the effects were negative and incredibly damaging to Bitcoin. Let’s judge things by their effect and their results, not the intent of the people that were putting it together.”

Ver’s tone towards Mow’s Bitcoin Core team became accusatory, saying, “they’ve shattered the Bitcoin ecosystem into a thousand and one different altcoins and delayed the adoption of cryptocurrencies around the world by years.”

Mow stated that Bitcoin can be used by everybody, but technology takes time to mature, including Lightning. This will result, according to Mow, in the ability to make transactions with Bitcoin by anyone, even on low-grade devices. With a wider implementation of Lightning, transaction fees will inevitably change “like the weather, it can be hot one day, cooler the next day and windy and rainy.”

The passionate debates gave rise to a sarcastic reaction from the community, which has been absorbedly discussing the way Roger and Samson behaved on stage, rather than addressing the topic of Bitcoin scalability.

“Does Bitcoin core have any spokesperson who can articulate the BTC value proposition anymore? You may not like Roger but he can speak to the commercial and economic aspects of Bitcoin far better than anyone I've seen from the Blockstream crew.”

“Samson didn’t answer anything, he didn’t clarify anything. Just sitting there like he’s some cool guy with an ace up his sleeve but nothing.﻿”

“Roger Ver sounds like a BCH commercial.  He is just embarrassing himself now…”

“Roger appears so agitated and angry all the time. I don't mind listening to differing opinions but he makes it rather unpleasant to do so.”

“Did you see Mow’s body language? The constant finger tapping and playing with the water bottle. He looked so nervous like he was about to visit the dentist for root canal surgery...”