Russia Updates Its Laws for Cryptocurrencies

Russia’s relationship with blockchain and cryptocurrency wasn’t clear, but the country is making steps toward digital economic development.

The volume of cryptocurrency flows on darknet markets — which are involved in illegal drug and arms trafficking, remittance and transfer of illicit funds — have doubled for the first time in four years, a new report says. Accordingly, Russia has been updating its bribery and Anti-Money Laundering laws regarding cryptocurrencies to aid its burgeoning digital economy.

Bitcoin (BTC) hit the headlines in Russia after it emerged that the Russian Federal Security Service, or FSB — successor agency to the Soviet KGB — had tried to extract a BTC bribe worth $1 million from a media mogul last spring.

At the end of 2019, the Russian Supreme Court made it clear that “digital rights” — a term used to mean cryptocurrencies in the country’s law — can be used to facilitate illegal activities such as bribes, in the same way as fiat currency, property and other valuable assets. The Court stated that such cryptocurrency bribes should be valued by experts at the time of the bribe.

However, Russian government officials and their family members would only need to disclose their illicit cryptocurrency income when exchanged for traditional money as “Other Income,” according to a 2018 guidance issued by the Russian Labor Ministry.

Related: Crypto Remains Unregulated in Russia — Lots of Talk but No Action

The FSB was also allegedly involved in the disappearance of $450 million in cryptocurrency from Wex, one of the world’s largest online exchanges. Wex was an offshoot of BTC-e, a Bulgaria-based cryptocurrency exchange that allegedly handled Bitcoin tracing back to a Russian military intelligence hacking unit.

BTC-e was eventually shut down in 2017, in a first-of-its-kind multi-jurisdictional synchronized law enforcement operation by the United States Treasury Department Financial Crimes Enforcement Network for laundering $4 billion in cryptocurrencies.

A Russian hacker virus was similarly found on employee computers at the Tokyo-based Coincheck exchange, which was hacked in January 2018 that resulted in the loss of 500 million NEM tokens worth around $530 million, the biggest ever theft from a cryptocurrency exchange.

Related: Story of Coincheck: How to Rebound After the ‘Biggest Theft in the History of the World’

On Feb. 17, 2020, the new amendments were published. The regulatory update broadly categorizes any cryptocurrency-linked transaction as a potential money laundering risk, and such accounts might fall into the category of performing “dubious transactions.”

Additionally, and perhaps most importantly, the new amendments specifically mention crypto assets in the criteria for freezing accounts.

Related: 2019 to 2020: Insiders, Outsiders and Experimenters in Crypto Regulation, Part 2

The central bank and the FSB also imposed a ban on using cryptocurrencies as a payment method. In an effort to de-anonymize all cryptocurrency users, the regulation does allow for cryptocurrency-to-ruble exchanges at financial institutions.

Russia has been updating its legislation concerning cryptocurrencies in a synchronized fashion with the Eurasian Economic Union and BRICS nations to put the brakes on the promotion of financial services tied to cryptocurrencies while still exploring ways to develop a fintech strategy to encourage innovation in cloud platform-based mobile digital payment solutions. 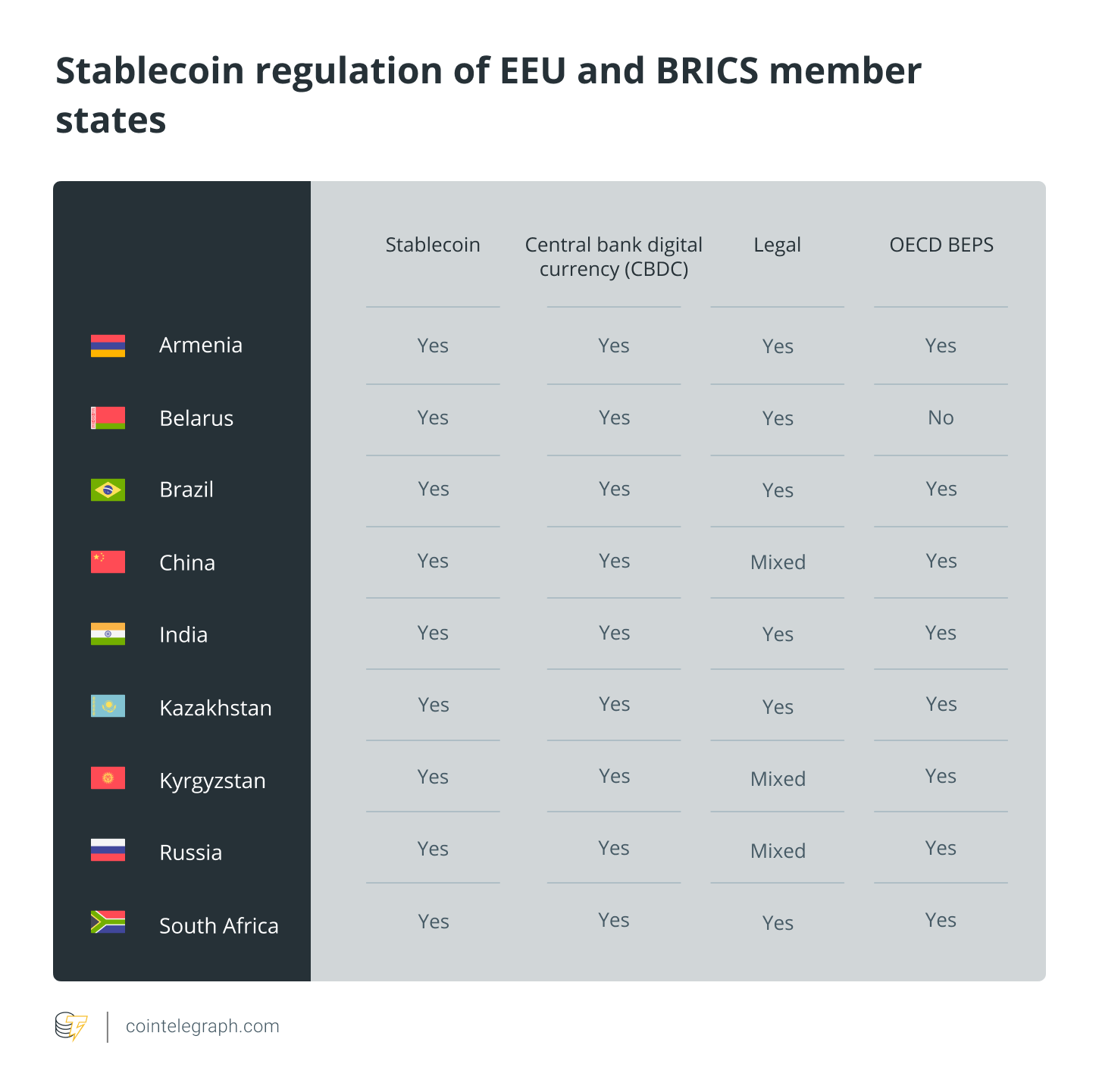 Selva Ozelli, Esq., CPA is an international tax attorney and CPA who frequently writes about tax, legal and accounting issues for Tax Notes, Bloomberg BNA, other publications and the OECD.