Russia’s Ministry of Internal Affairs reported on the arrest of the alleged creator of a crypto pyramid scheme from Kazakhstan.

Police in Russia have arrested an alleged creator of a crypto pyramid scheme from Kazakhstan who was facing an international arrest warrant, Russia’s Ministry of Internal Affairs (MOI) officially reported on May 28.

The MOI reported at least 300 fraud cases allegedly connected with the pyramid scheme, with one of the investors having reportedly lost around 14 million Kazakhstan tenge ($36,700) to the criminals.

According to the report, the intruder fled Kazakhstan in early 2019 and has since been declared wanted by Interpol. After being arrested by Russian police, the alleged criminal confessed that he illegally crossed the border into Russia on horseback.

At the moment, the authorities are resolving the question of criminal extradition to Kazakhstan, the MOI reported. 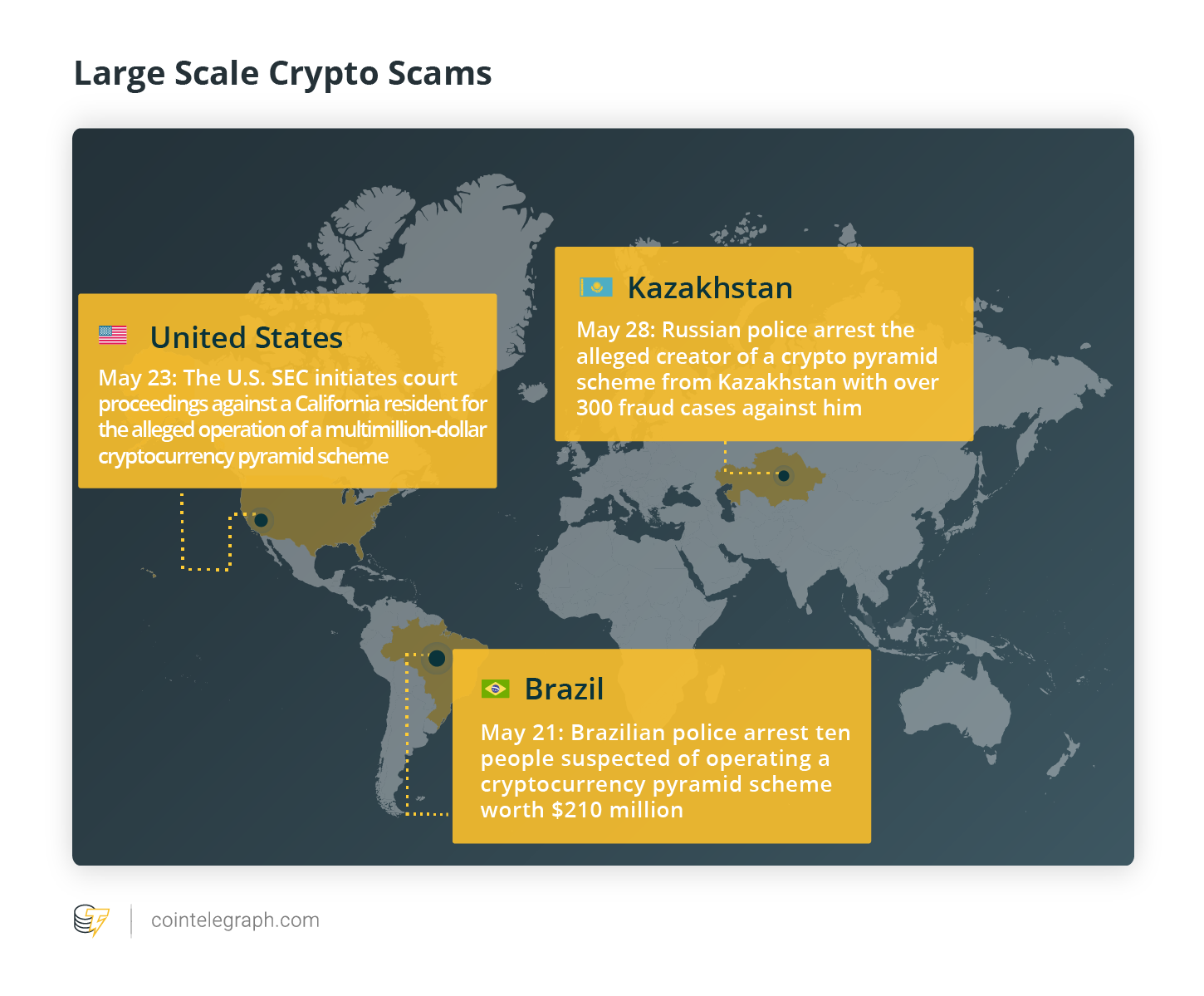 Recently, Cointelegraph reported that the United States Securities and Exchange Commission initiated court proceedings against a California resident for the alleged operation of a multimillion-dollar cryptocurrency pyramid scheme.