Skirting the Great Wall, Part Three: The Paradox of Cryptocurrencies in China

In the last of Cointelegraph’s three part series on the history of crypto in China, we look at the apparent anomalies that govern crypto’s use, ownership, and legal status in the country.

Next month marks the fifth-anniversary of the People Bank of China (PBoC)’s very first crypto regulatory intervention, with the issuance of its ‘Notice on Precautions Against the Risks of Bitcoin’ in Dec. 2013. Over the years, the Chinese authorities have cemented an increasingly hardline stance, as their perception of the financial risks posed by crypto has hardened.

Just this month, the PBoC announced it had widened its regulatory scrutiny to include token airdrops, which it characterized as “disguised” ICOs in its latest annual financial stability report.

Days later, the central bank issued a working paper advising that the government strengthen its supervision of “speculation, market manipulation and other irregularities,” which it claimed are common in domestic blockchain-related financing and investment schemes. This echoed prior PBoC warnings against fraudulent whitepapers and crypto investment projects that masquerade as “blockchain innovation,” signalling the central bank’s intent to continue to ratchet up measures against the crypto industry, in what it perceives to be its manifold ‘guises.’

Cointelegraph’s three-part series on the history of cryptocurrencies in China opened with the conundrum of how it is possible that, despite this ever-escalating onslaught of harsh rhetoric and iron-fisted interventions, the use of crypto for various transactions remains possible; popular Twitter-based Chinese crypto news source cnLedger pins a post to the top of its profile that shows a domestic retailer openly accepting payments in Bitcoin (BTC), Ethereum (ETH), or Bitcoin Cash (BCH) for a glitzy McLaren sports car.

As a further indication of this apparent anomaly, three stories broke this fall that epitomized the uneven nature of China’s crypto landscape.

On September 30, 2018, the Beijing Sci-Tech Report (BSTR), the country’s longest-running tech journal, announced it would be launching subscriptions payable in Bitcoin (BTC), offering its “Tech Life” magazine at an annual cost of 0.01 BTC, approximately $65. In response to bemused readers, local crypto news source cnLedger clarified that “owning and investing in crypto is not banned,” claiming:

“Otherwise Jihan [Wu, CEO] of Bitmain and Leon [Li, CEO] of Huobi would be among the first ones to get fined/caught. Thousands if not millions would have been arrested already (large amount of OTC tradings).”

While BTSR pitched its subscription as a way of “promoting blockchain science through practical actions,” a distinctly less utilitarian approach was taken that same week by a luxury hotel in the country’s southwestern Sichuan Province. On September 24, the newly-opened “Ethereum Hotel,” claimed to be China’s “first” hotel to Ethereum (ETH) as payment, with local reporters remarking that the move was proof that advanced technologies “have penetrated the hinterland of China.” 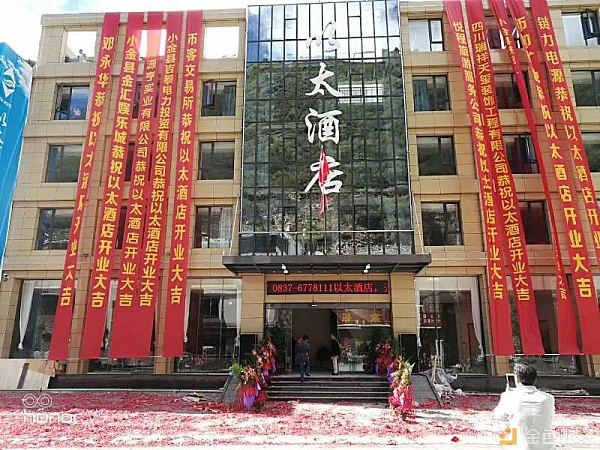 The hotel’s setting in the scenic Aba Tibetan and Qiang Autonomous Prefecture (Aba was reportedly selected as being one of the top 220 top Chinese “cities with charm”) is indeed perhaps an unlikely spot to test the authorities’ response to the acceptance of currency that is deemed not to be legal tender, yet whose use has not unequivocally been declared illegal.

While it remains moot whether the September 4, 2017 stipulation that crypto should not “be used in the market as currency” could potentially be extrapolated to bar retailers’ acceptance in future, some in the local crypto community are evidently aware of the relative freedom that for now still obtains on legal grounds.

Testing the waters, a multi-episode documentary produced by a group of self-described crypto enthusiasts dubbed “Team 1234” this fall showed the results of a 21-day experiment to see whether it would be possible to survive using only crypto in China. The documentary, “Bitcoin Girl,” followed a girl whose online avatar is “He Youbing,” (“why insane” in Mandarin), as she tried to survive using Bitcoin holdings worth around $1,400 at the start of her trip on Aug. 28.

After she reportedly passed out and was hospitalized because of low blood sugar in Beijing — having had to survive on free ketchup at a local McDonald’s —the group acknowledged the inadequate infrastructure for mass crypto use in the country; a stark contrast to China’s strong reputation as a “cashless” society, due to the burgeoning popularity of consumer payment apps such as Alipay and WeChat Pay.

“If I fail, then that’s the failure of the blockchain people,” He Youbing remarked in the midst of her trials. Nonetheless, she scored small victories in the southern Chinese coastal city of Shenzhen, using Bitcoin to dine on crayfish at a local seafood joint, and also sold her Bitcoin to an amenable yoga teacher, using the proceeds to recuperate for a night at a hotel. 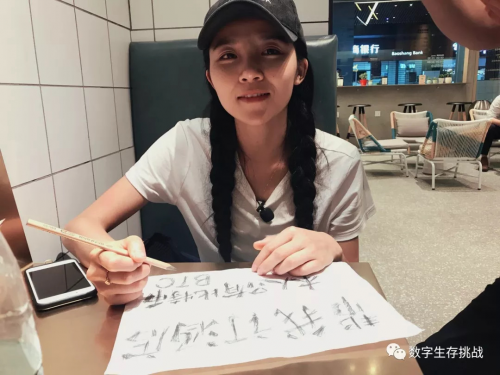 He Youbing during her 21-day experiment for the documentary “Bitcoin Girl.” Source: China Daily

If aspects of crypto’s future in China remain uncertain, the more liberal past has proved to be fertile soil for China-born innovators to lay the foundations for their future fortunes: thirteen of the wealthiest people in China as of October 2018 were reported to be crypto entrepreneurs.

To seal a spot on the rankings, known as the annual Hurun report, an individual must have a personal net worth of at least 2 billion yuan, or $289 million. Among them, 39-year old Micree Zhan Ketuan, co-founder of Bitmain Technologies, was ranked 95th wealthiest in the country; his colleague, Jihan Wu, 204th. 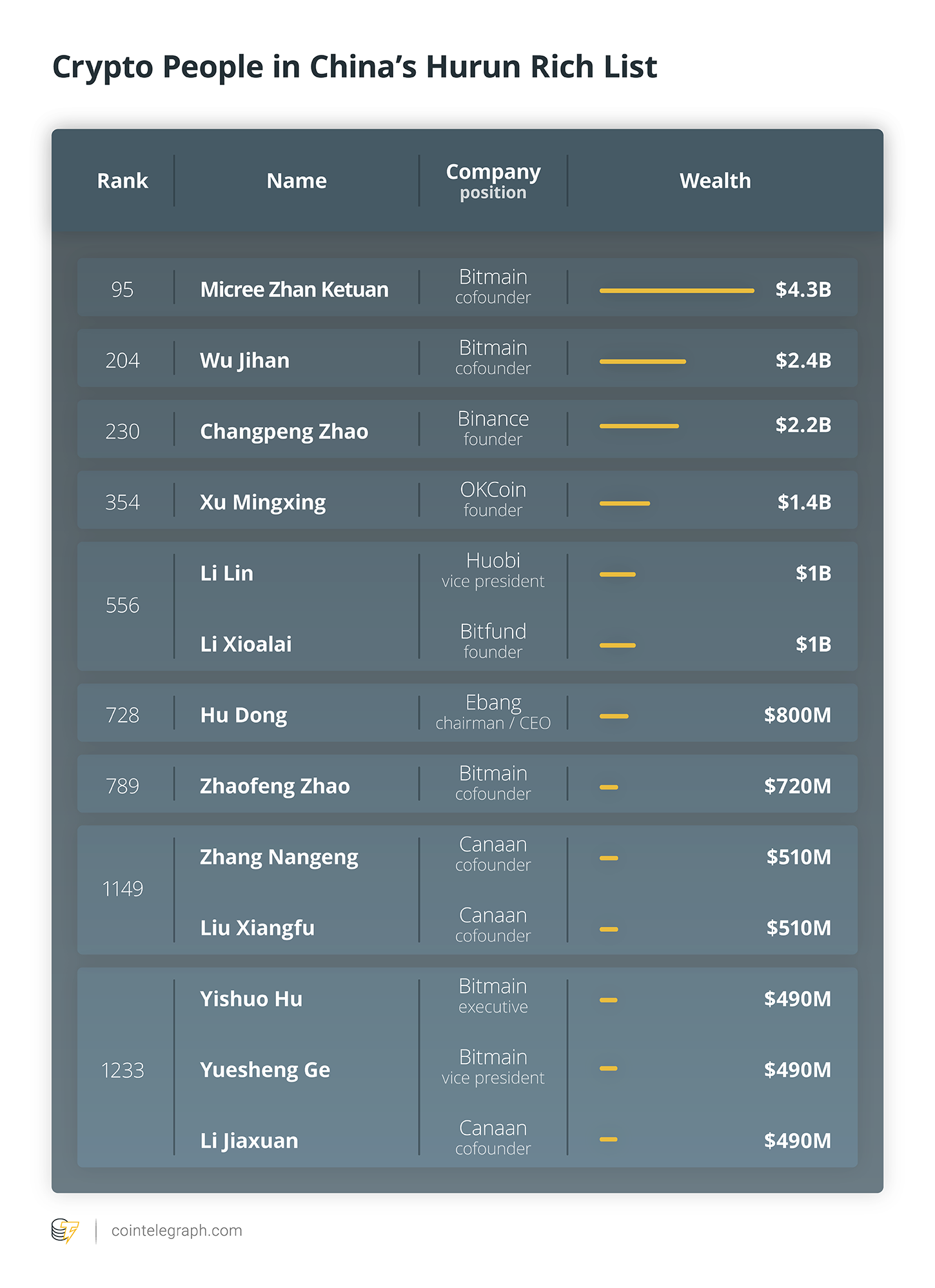 While China’s mainland restrictions may in retrospect have paradoxically accelerated the burgeoning wealth of its exiled crypto exchange tycoons — prompting platforms to successfully expand their services overseas under duress — exporters of crypto mining gear now face a hurdle that is for once not related to the domestic regulatory noose.

In the sabre-rattling Trump era of a “trade war” with China, Bitmain, Ebang and Canaan all now face tariffs on their US shipments of a stark 27.6 percent, following a reclassification of their mining hardware as “electrical machinery apparatus”  by the office of the U.S. Trade Representative this June.

Erstwhile zero-fee exports under a “data processing machine” classification are no longer possible since the tariff code change took effect this August, threatening to erode the competitive edge of the mining moguls.

With the domestic mining industry thus shaken by the impact of both the crypto bear market and of geopolitical shifts in international trade — and after a summer of the authorities’ redoubled efforts to stifle crypto trading — the environment for the local crypto industry is hardly auspicious.

Yet on one point, China’s judiciary has this year provided some positive clarity, setting precedents for domestic law to uphold the rights of crypto owners. Property rights still apply, as a district civil dispute case encapsulated this summer, when a Shanghai court ruled in favor of an ICO operator in the context of an unjust enrichment case.

The case, tried at the Shanghai Hongkou District Court on June 27, 2018, involved a plaintiff described as a Beijing-headquartered “tech company” that is reported to have raised both Ether (ETH) and Bitcoin (BTC) in its August 2017 token sale.

In the fall out of the September 2017 ICO ban, the company promptly set out to refund investors’ holdings, as had been stipulated by the government’s orders, yet mistakenly transferred 20 ETH to the wrong man due to so-called “operational errors.”

The man, identified only as Chen, was sued by the company after he failed to respond to requests that the wrongly transferred 20 ETH be returned. Chen had attempted to defend his position by pointing to the fact that Ether, as other cryptocurrencies, is not recognized as legal tender in China, and that its circulation was subject to severe restrictions in the country.

While the court conceded the defendant’s points, it nonetheless deemed that Ether remains protected under the China’s property law, and that crypto-related unjust enrichment cases therefore persist under civil law, as long as the plaintiff can provide proof of a digital chain of custody to the court.

Given the pseudonymous nature of blockchain-based transactions, the court noted that adequate proof of the identities involved may encounter “obstacles at the prosecution stage,” and outlined alternative forms of proof that a plaintiff can legitimately use in order to prove the relationship between a blockchain wallet account and the defendant’s person.

The Shanghai precedent was reaffirmed on October 25, 2018, when the Shenzhen Court of International Arbitration ruled in favor of a plaintiff in an equity transfer dispute, in which the defendant failed to return holdings of Bitcoin (BTC), Bitcoin Cash (BCH) and Bitcoin Diamond (BCD) as had been agreed upon in a contractual agreement.

The contract had authorized the defendant to trade and manage the plaintiff’s portfolio of 20.13 BTC, 50 BCH, and 12.66 BCD for a stipulated time. When the defendant failed to return the holdings as per the agreed schedule, the plaintiff brought the case before the arbitrator, seeking the return of his assets with interest.

The defendant countered the plaintiff, arguing that the core “payment and arrangement of the transfer price” clause of the contract was in violation of the mandatory provisions of Chinese law, which prohibits the sale and circulation of crypto tokens, as well as the trading platforms used as a venue for their transfer and exchange.

The arbitrator however found that the contractual obligation under dispute did not fall under the relevant provisions as outlined in the People’s Bank of China (PBoC) Sept. 2017 prohibition, stating that:

“There is no law or regulation that explicitly prohibits parties from holding Bitcoin or making private transactions in Bitcoin, [only warnings to] the public about the investment risks.”

The arbitrator continued to outline that “the contract in this case stipulates the obligation to return the Bitcoin between two natural persons,” and does not therefore fall under the jurisdiction of the September 2017 ban.

The latter expressly pertains to ICOs whose “irregular sale and circulation of tokens” is deemed to be “unauthorized” and “illegal” public financing, and determines that crypto “cannot and should not be circulated nor used in the market as currency.”

The arbitrator concluded that the contract was legally binding, affirming that crypto can legally be privately held and transferred, and ordering the assets’ return, noting that:

"Bitcoin has the nature of a property, which can be owned and controlled by parties, and is able to provide economic values and benefits."

Over the past five years, the deep ideological rift between the decentralizing ethos of cryptocurrencies and China’s economic and political system has led the authorities to adopt an ever more-adversarial stance. The perception that the cornerstone principles of the crypto revolution — disintermediation and the frictionless circulation of value — will undercut the government’s strict capital controls and economic strategy has translated into a series of attempts to insulate both the financial system and individual investors from the global crypto space. 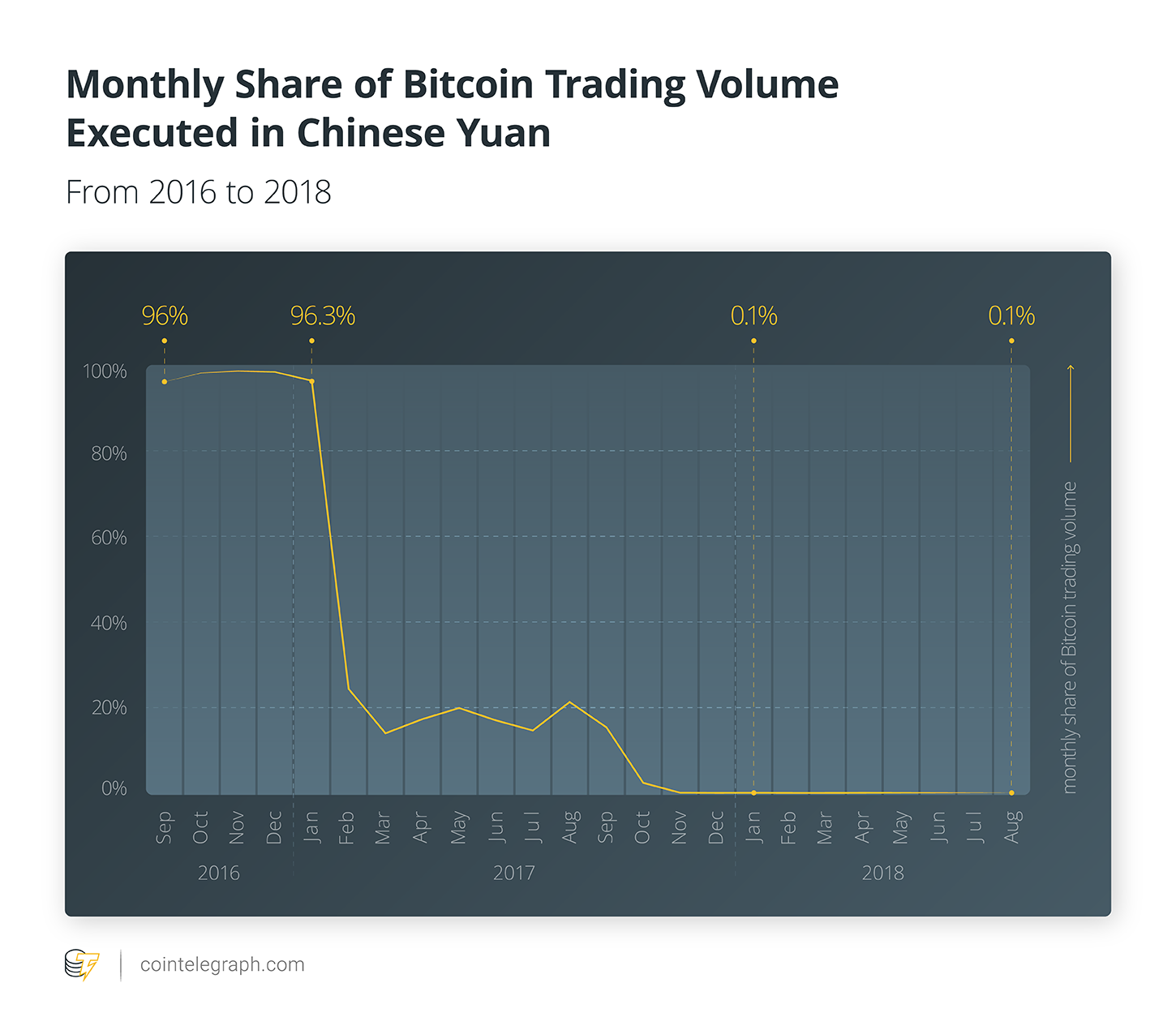 This, as many had presciently forecast, has been something of a “pyrrhic victory,” as investors continue to devise means of circumventing restrictions. Statistics indicate that China’s share of global Bitcoin trading has nonetheless drastically spiralled downwards as a result of the government’s war on crypto, and the central bank’s by-now familiar rhetoric warning against “illegal fundraising,” “financial fraud,” and “pyramid schemes” shows little sign of abating.

Yet the breakneck pace set by technological innovation could mean that a new, as yet unimagined chapter for crypto in China, will open in future. Experiments such as “Bitcoin Girl” show the appetite for change is there, and domestic crypto investors have to date indicated they will use every means available in their arsenal — from VPNs to over-the-counter (OTC) trades —  to preserve their autonomy and reinvent the future of the space.

This is part three of a three-part series on crypto regulation in China, read part one - here, and part two – here.