Swiss privacy regulators have said that social media titan Facebook is lagging in its response to requests for more liaison on Libra. 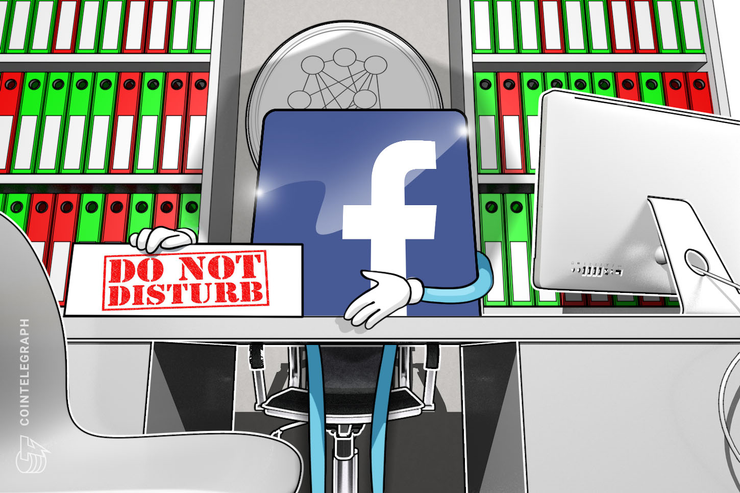 Swiss privacy regulators have said that social media titan Facebook is lagging in its response to requests for more liaison.

As Cointelegraph reported, a Reuters report published on July 23 revealed that the Swiss Federal Data Protection and Information Commissioner (FDPIC) sent a letter to the Libra Association on July 17 but has not as of yet received any response. The Libra Association is a newly-established, independent governance consortium for Facebook’s planned cryptocurrency, dubbed Libra.

Notably, David Marcus, chief of Facebook’s Calibra wallet service, has previously indicated that the corporation expects the FDPIC will serve as data protection supervisory authority in the context of Libra, given that the Association is registered in Geneva, Switzerland.

Per Reuters, the FPDIC is seeking more details from Facebook to help clarify its role in overseeing the planned Libra project. Reuters cites the watchdog:

“The FDPIC stated in its letter that as it had not received any indication on what personal data may be processed, the Libra Association should inform it of the current status of the project so that the FDPIC could assess the extent to which its advisory competences and supervisory powers would apply.”

A reported key task for the FPDIC is to conduct an impact assessment of data protection risks potentially associated with Libra.

The recent news of Facebook’s unresponsiveness comes on the heels of continuing questions about the move to establish Libra in Switzerland, which was a major bone of contention in the hearings before US congressional committees earlier this month.

“Nothing to do with evading regulations”

During a hearing before United States House representatives in mid-July, Marcus had fielded questions as to why the company had chosen to register its Libra Association in Switzerland rather than the U.S. “The choice of Switzerland,” Marcus claimed, had “nothing to do with evading regulations or oversight” -- instead arguing that the jurisdiction is an international place conducive to doing business.

Congresspeople from across the political spectrum were skeptical of the choice of Switzerland. Chair of the House Financial Services Committee Maxine Waters noted that the country “has a history of creating a haven for criminals and shady corporations.”

In response to such suspicion, Facebook has also assured lawmakers that it is liaising with Swiss financial regulator, the Financial Market Supervisory Authority, and will seek to satisfy all regulatory requirements before launching its cryptocurrency.

The lack of response to Swiss regulators will not reassure Congress that Facebook is acting in good faith. Last night, the Senate Banking Committee announced another hearing on broader regulatory policy towards cryptocurrencies scheduled for July 30.

The social media firm has just recently settled with American regulators to pay a $5 billion fine as a penalty over its history of failures to protect user data privacy. As part of the settlement, Facebook will also be expected to form a new board committee focused on privacy oversight, as the Wall Street Journal reported this week.