Overall losses not as bad as expected for altcoins as Bitcoin price dives under $10,000 once again.

The behavior has become increasingly characteristic of Bitcoin in recent months, with long periods of sideways action interspersed with sudden moves up or down.

As Cointelegraph reported, various factors have formed suspects for the volatility, including margin trading activity on major exchanges. 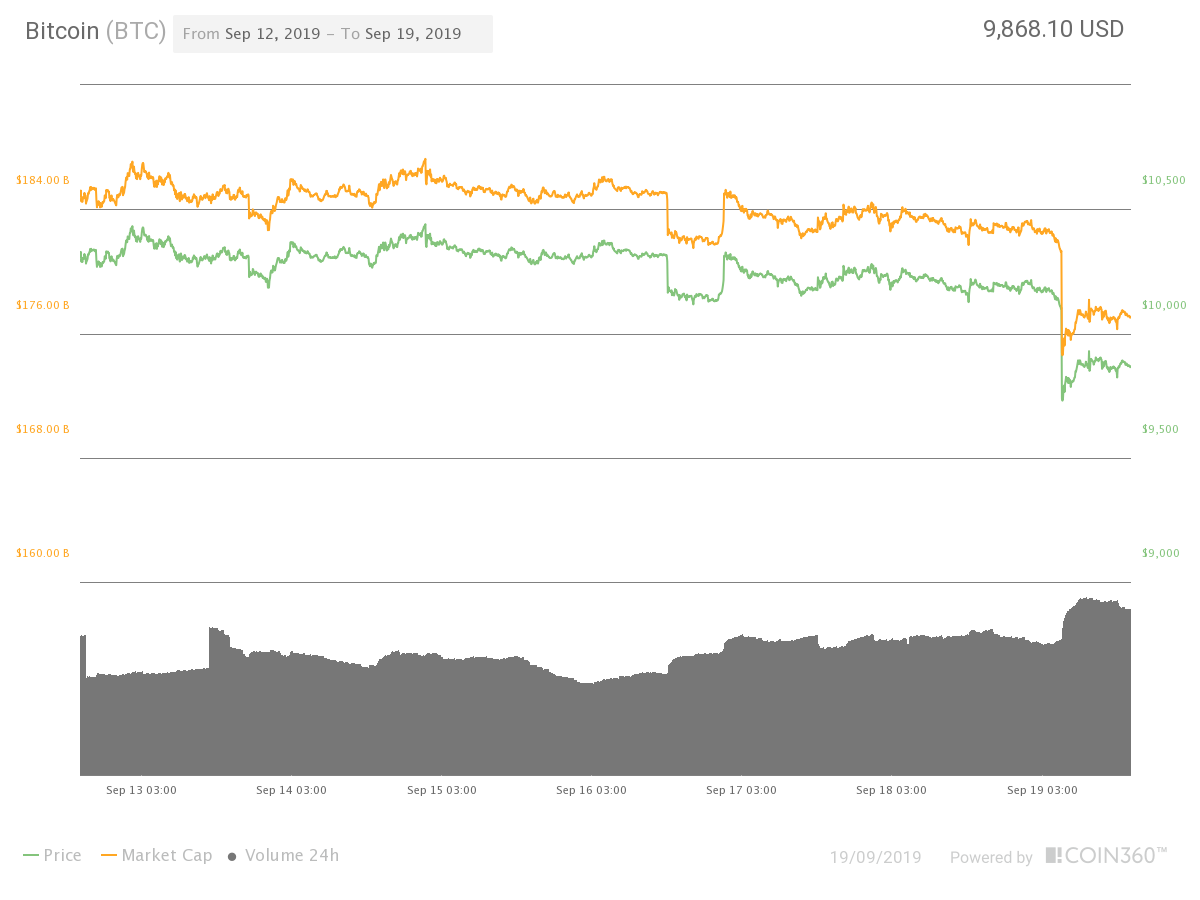 Now, analysts are nonetheless concerned that a failure to reverse the latest losses could trigger a deeper dive.

In his most recent Twitter update, trader and Cointelegraph contributor Crypto Michaël was confident of Bitcoin visiting the lower $9,000 range in the short-term. This area forms the 21-week exponential moving average (EMA).

“Alts dropping a little / staying stable during this drop is also good, as they normally will outperform $BTC when the market starts to grind up.”

Altcoins had indeed outperformed Bitcoin in recent days, with some putting in as much as 20% daily gains. With the U-turn, however, almost all reversed much of their recent successes.

On Thursday, analyst PlanB reproduced a chart of Bitcoin price versus network difficulty, a relationship implying Bitcoin may be at the start of a larger bull phase.

Losses across the top 20 cryptocurrencies by market cap were almost universal, but notably hardly worse than Bitcoin’s own performance.

On the day, most tokens shed between 3% and 5%, with XRP, in particular, halting its previous march which took it above $0.30.

Ether (ETH), the largest altcoin, also fared better than average, dropping just 1.9% to maintain its new support above $200. As Cointelegraph reported, work is underway to improve network capacity by 25% in the face of demands from users of stablecoin Tether (USDT). 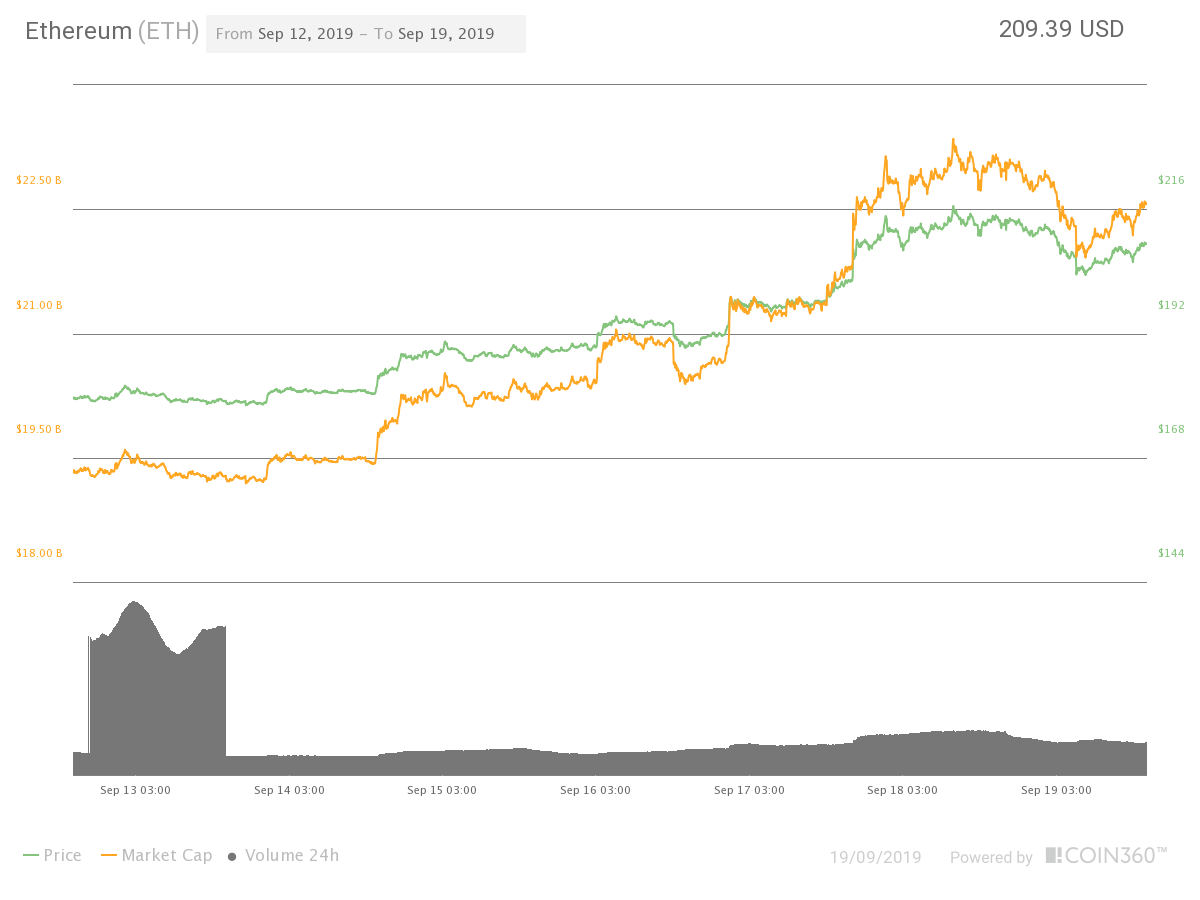 Stellar (XLM) was the easy winner on the day, putting in impressive 12.2% gains days after developers announced a fresh airdrop worth around $120 million.

The overall cryptocurrency market cap stood at $263 billion, with Bitcoin’s comparative weakness pushing its dominance down to six-week lows of 67.4%.