Bitcoin’s (BTC) price continued to hold above $8,000 on Monday, July 30, as the rest of market saw slight losses across the board. 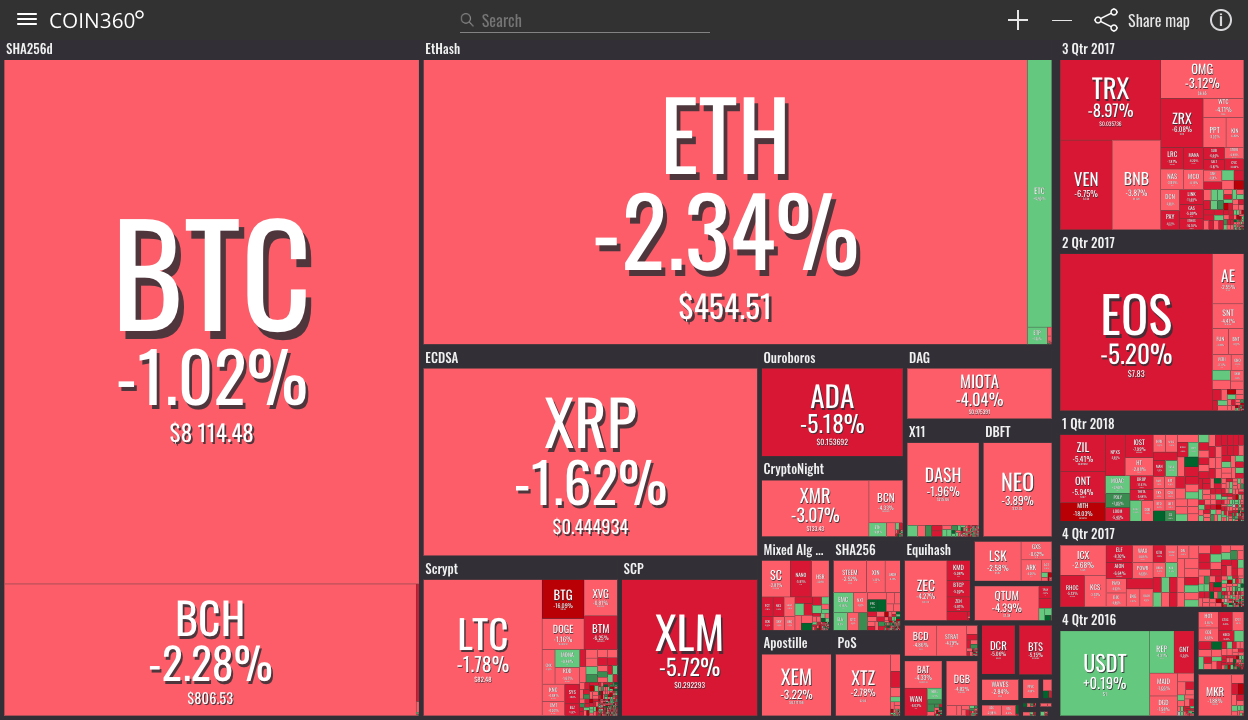 Data from Cointelegraph’s price tracker and Coin360 reveals a modest comedown for Bitcoin through the day, falling almost 1 percent over a 24 hour period to trade at around $8,110 by press time. The top cryptocurrency reports around 28 percent growth over the last month. 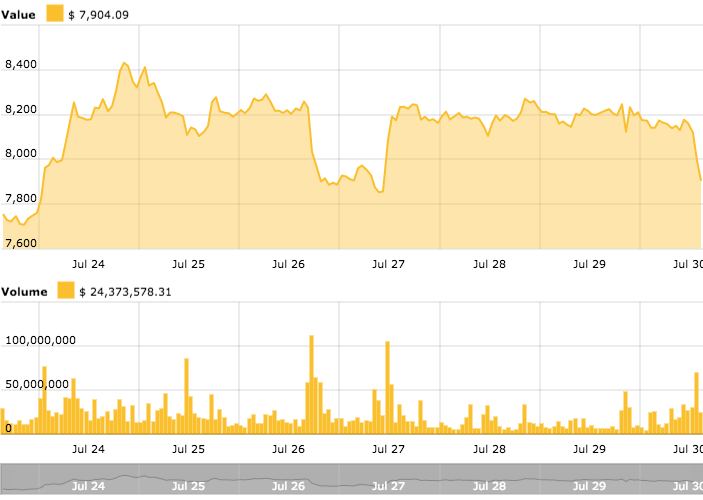 Bitcoin’s price had remained relatively steady over the weekend, after briefly dipping below $8,000 after the news that the U.S. Securities and Exchange Commission (SEC) had again rejected an exchange-traded fund (ETF) application by Cameron and Tyler Winklevoss.

However, the SEC also recently postponed a decision on an ETF application by investment firm Direxion until September, and other applicants are still awaiting a decision from the U.S. regulator.

Kin-Wai Lau, the CEO of Fatfish Internet Group, said this week that he believes “we’re not far away” for the market to “generally accept an ETF.”

For top altcoin Ethereum (ETH), the day’s downturn was slightly more precipitous, with ETH losing about 2 percent over a 24 hour period to trade around $454 by press time. ETH has seen a little more than 2 percent growth over the last month. 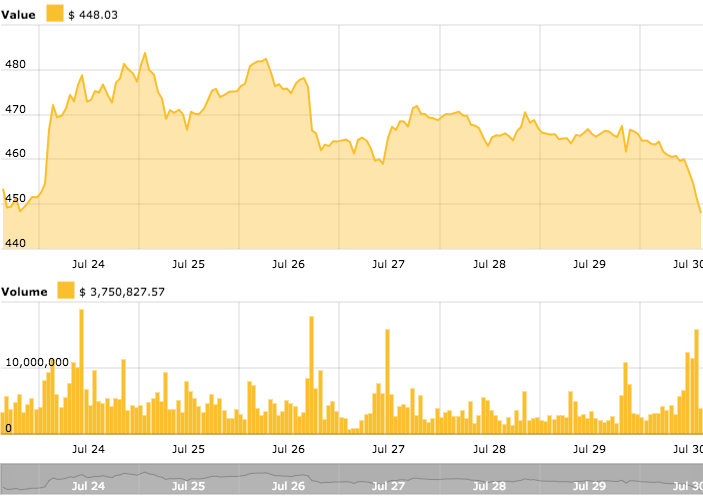 Ethereum co-founder Vitalik Buterin argued this week that the ETF noise was receiving too much attention, and that actual consumer adoption in terms of purchasing and earning in even small amounts of cryptocurrency was “much better:”

“I think there's too much emphasis on BTC/ETH/whatever ETFs, and not enough emphasis on making it easier for people to buy $5 to $100 in cryptocurrency via cards at corner stores. The former is better for pumping price, but the latter is much better for actual adoption.”

Almost all of the top ten coins listed on CoinMarketCap are in the red — with the exception of stablecoin Tether (USDT) — seeing losses between about 1 and 6 percent.

Total market cap is currently around $291 billion, down from its intraweek high of about $304 billion. 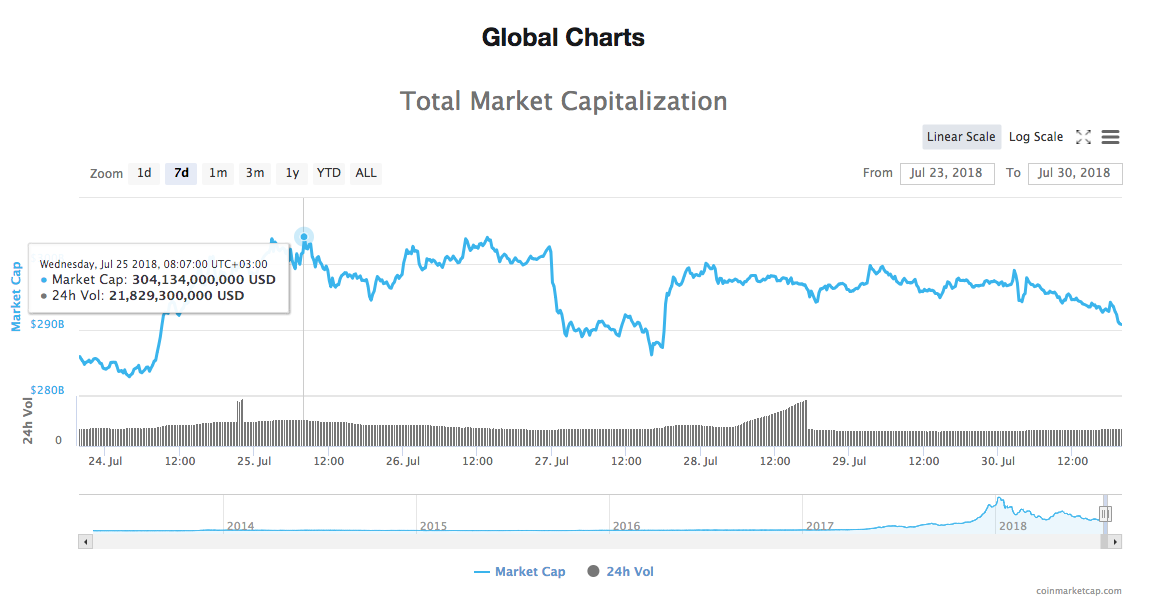