Bitcoin Holds Near $3,650 While the Stock Market Sees Minor Uptrend

Most of the top 20 cryptocurrencies are reporting slight to noteworthy gains as Bitcoin holds near $3,650.

Monday, Feb. 11 — most of the top 20 cryptocurrencies are reporting slight to noteworthy gains on the day by press time, with Bitcoin (BTC) hovering near $3,650, according to CoinMarketCap data. 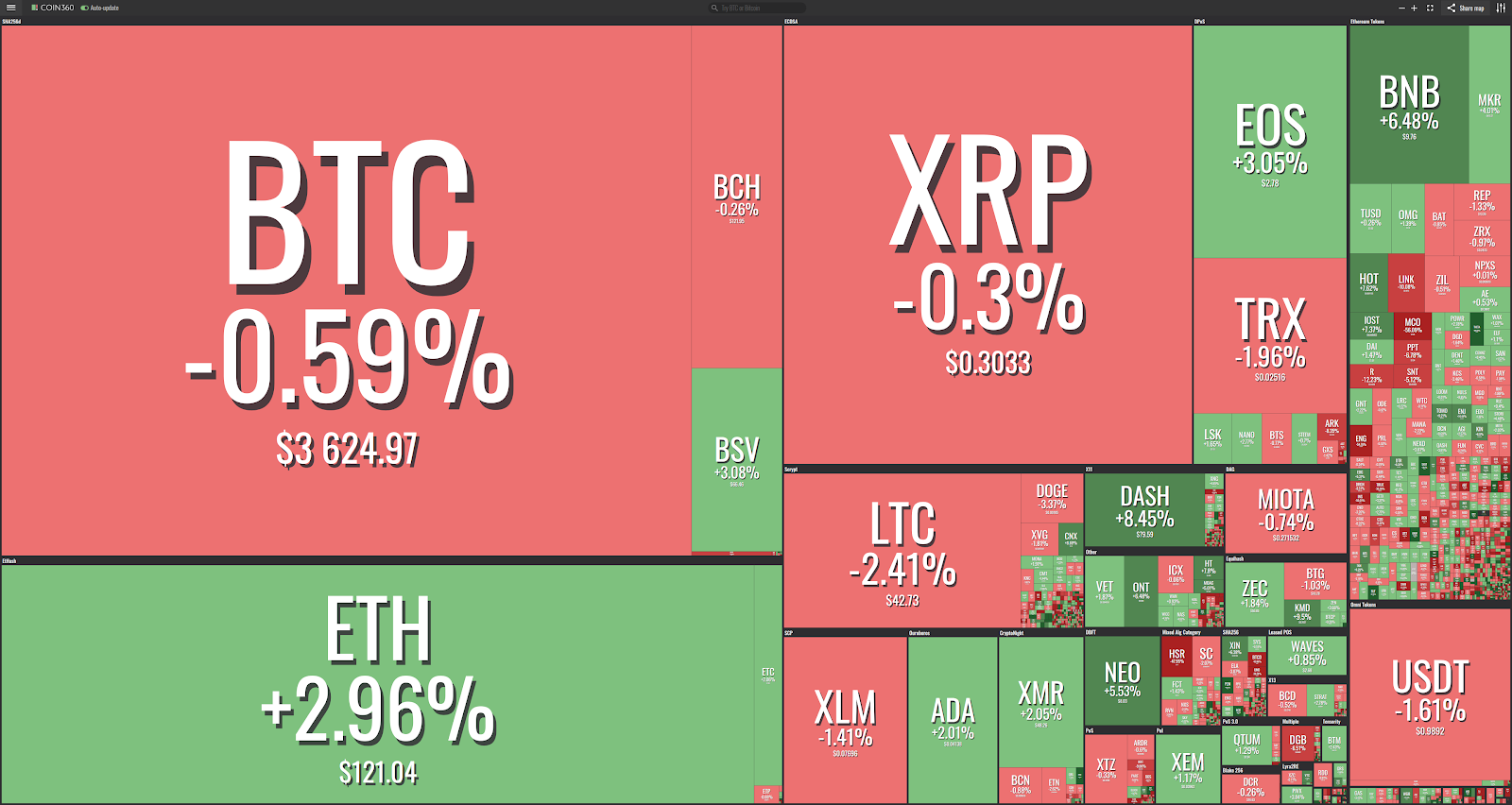 At press time, Bitcoin is up less than half a percent on the day, trading at around $3,648, according to CoinMarketCap. Looking at its weekly chart, the current price is just over 5 percent higher than the price at which Bitcoin started the week.

Ethereum has seen its value increase by over 2 percent over the last 24 hours. At press time, ETH is trading around $121, after having started the day at $117. On the weekly chart, Ethereum’s current value is about 12 percent higher than $107, the coin’s price one week ago.

Ripple has lost about half a percent in value in the 24 hours to press time and is currently trading at around $0.303. On its weekly chart, the current price is only half a percent higher than the price at which XRP started the week.

Among the top 20 cryptocurrencies, the one reporting the most notable growth is Dash (DASH), which is up nearly 8 percent оn the day and 18 percent on the week by press time.

The stock market is reporting a minor uptrend, with the S&P 500 up 0.09 percent today and Nasdaq up 0.23 percent. The CBOE Volatility Index (VIX) is seeing even stronger gains of 3.44 percent.

Major oil futures and indexes are seeing mixed market movements, with WTI Crude down 1.88 percent and Brent Crude down 1.24 percent. Mars US, on the other hand, is up 1.32 percent, while the Canadian Crude Index is down 1.8 percent, according to oilprice.com.

Also, news broke yesterday that a commissioner of the United States Securities and Exchange Commission said that the delay in establishing crypto regulation may allow more freedom for the industry to move on its own.