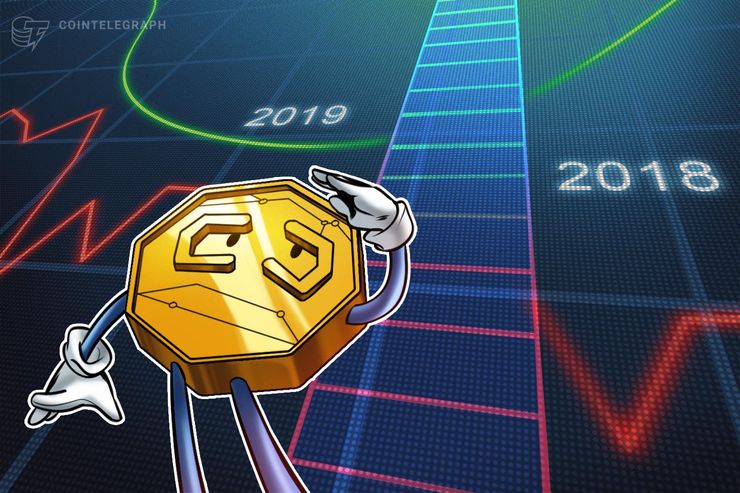 Tom Lee, Fundstrat’s co-founder and pro-crypto Wall Street analyst, commented on the study in his Twitter. He posted an introduction to the study and infographics that trace key market tendencies from 2017 to now.

The preview of the introduction chapter provides a brief assessment of 2018, which, according to Fundstrat, has brought a lot of disappointment.

The analysts state that negative headwinds, such as the initial coin offering (ICO) post-hangover, adverse regulatory developments and excessive exuberance have reversed some of crypto’s achievements, including the launch of the Lightning Network and wallet growth. As a result, the year was more like a “morning after sobering”, the report reads.

However, in 2019, the situation will slowly start to change. Fundstrat believes it is still too early to talk about mass adoption, but notes that cryptocurrency prices will likely see a visible recovery:

“Is 2019 the mainstream breakout year? Nope. But that is not necessary for crypto prices to eventually bottom in 2019, and by the end of 2019, we expect prices to be staging a visible recovery.”

At a macro level, the report names the expected weakening of the United States dollar as a first reason behind Bitcoin (BTC) price recovery. Fundstrat’s analysts also believe that emerging market equities will outperform U.S. stocks and bonds, thus creating a friendly environment for crypto.

The outlook further states that much anticipated institutional investments will also increase in 2019 due to the developments in custody solutions and over-the-counter (OTC) trading, thus contributing to the crypto price recovery.

Moreover, Fundstrat mentions that the overall interest in crypto might be stimulated by Binance’s recent decision to support credit card crypto purchases, along with the rumors that major companies like Bitfury and Bitmain might consider conducting initial public offerings (IPO).

The release of the report coincided with a market recovery that started Friday, Feb. 8. Bitcoin broke the $3,600 price point and has managed to stay above it for three days in a row at press time, while other major currencies saw double-digit gains on that day.

Late in 2018, Tom Lee announced that he will no longer give any further predictions on Bitcoin’s price. However, the analyst still thinks that $25,000 is a fair price for the world’s top currency, noting that the coin’s fair value could even reach $150,000.м