Data from the New York Fed shows the U.S. is poised for financial turmoil, while bitcoin has ‘clear skies’ to an all-time high monthly close.

Bitcoin (BTC) hit $13,000 again on July 10 as the 2019 bull market delivered fresh reasons to celebrate for traders and HODLers.

The past days have surprised markets, with analysts previously warning a major correction should set in after bitcoin closed below $11,450. 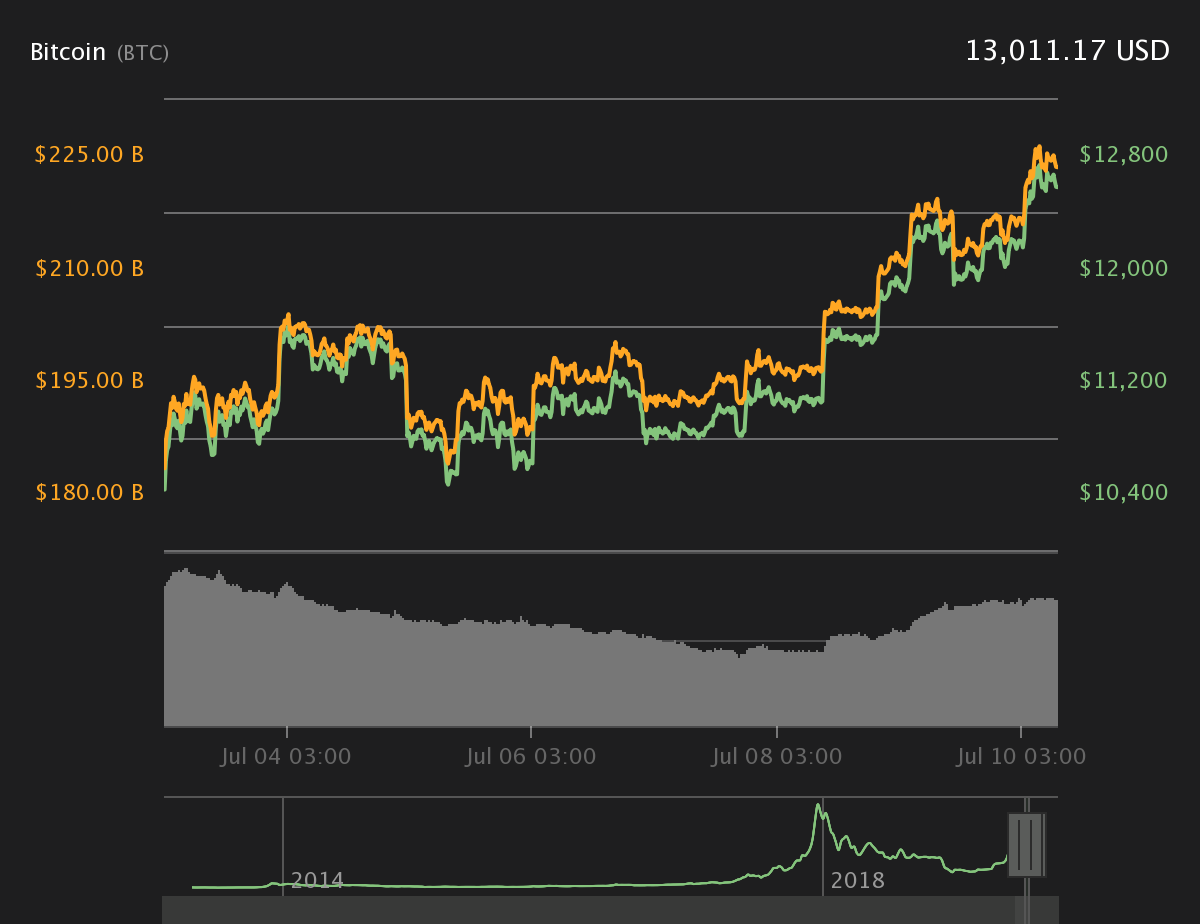 Now, sentiment is trending to the upside, with regular commentator Josh Rager eyeing July’s monthly close as a significant yardstick for price.

“The monthly close is still a few weeks away but you can't deny the bullishness if Bitcoin can close above the previous ATH close at $13,863,” he wrote on Twitter as $13,000 returned.

“On high-time frames it will be clear skies with no price history resistance overhead, only support[.] Countdown to July 31st.”

At press time, BTC had slipped slightly lower to hover around $12,950. Weekly gains are now at 12.9%, while over the past month, investors have seen 68% growth.

The new price highs coincided with data showing the risk to the U.S. of entering a recession was now the most severe since the 2008 financial crisis. The alarming findings came courtesy of Bloomberg journalist Tracy Alloway, who uploaded data from the New York Fed’s Recession Indicator.

Bitcoin meanwhile further regained a record share of the cryptocurrency market cap at 65.1% - a figure not seen since April 2017.

Altcoins were thus predictably in the red Wednesday, almost all suffering losses as attention continued to focus on bitcoin. 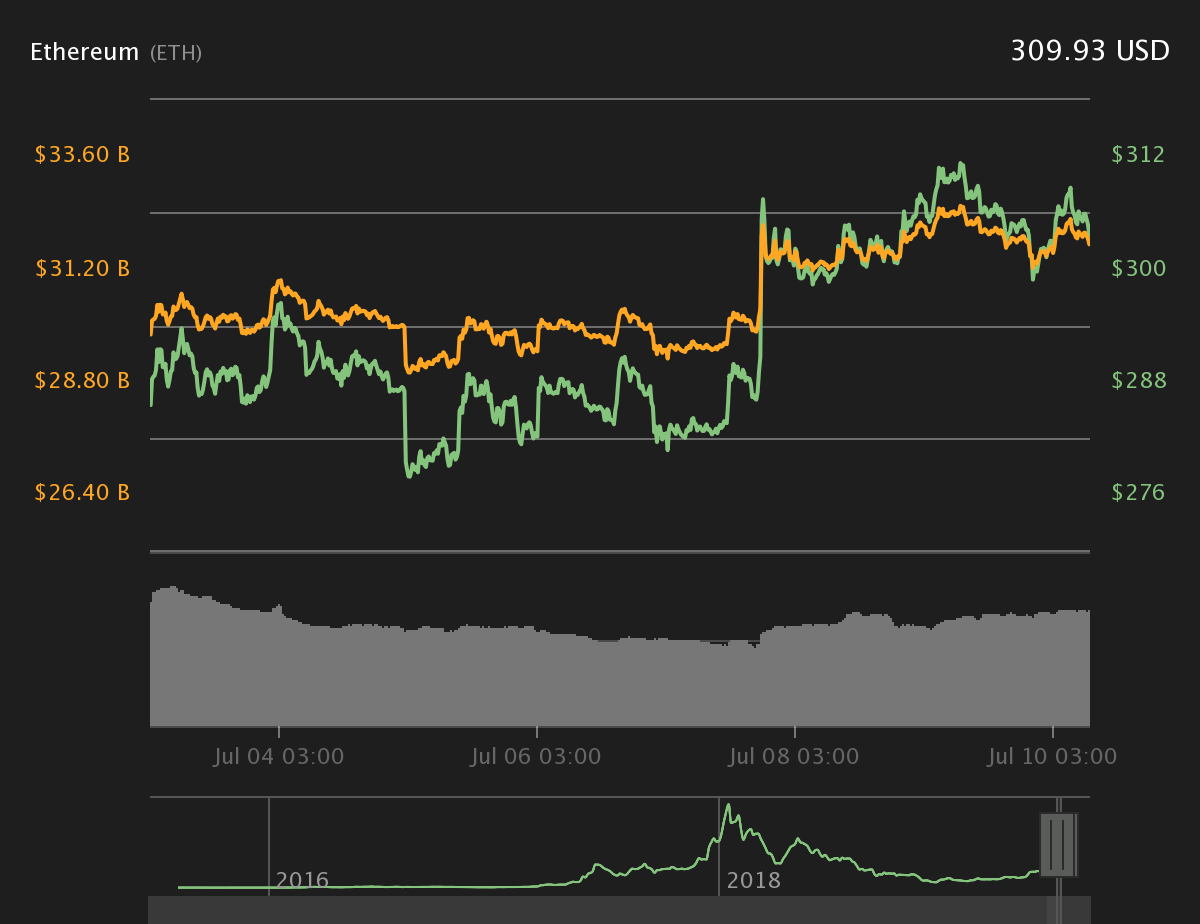