Bitstamp executed a large sell order on a BTC/USD trading pair, which resulted in a 20% bitcoin price decline on the platform.

Major crypto exchange Bitstamp has launched an investigation after a large bitcoin (BTC) sell order heavily impacted its order book, as the firm announced in a tweet on May 17.

Bitstamp reported an execution of a large sell order in BTC to United States dollars (USD) on its platform today, as the exchange wrote earlier today.

While the company has not specified the details of the transaction, the price of bitcoin had plummeted about 20% from around $7,800 to as low as $6,250 in less than 30 minutes earlier on the day, according to data from trading analytics platform TradingView. Briefly after the crash, bitcoin’s price has surged back, but stabilized below $7,400.

Bitstamp reported that their platform was operating properly as designed. 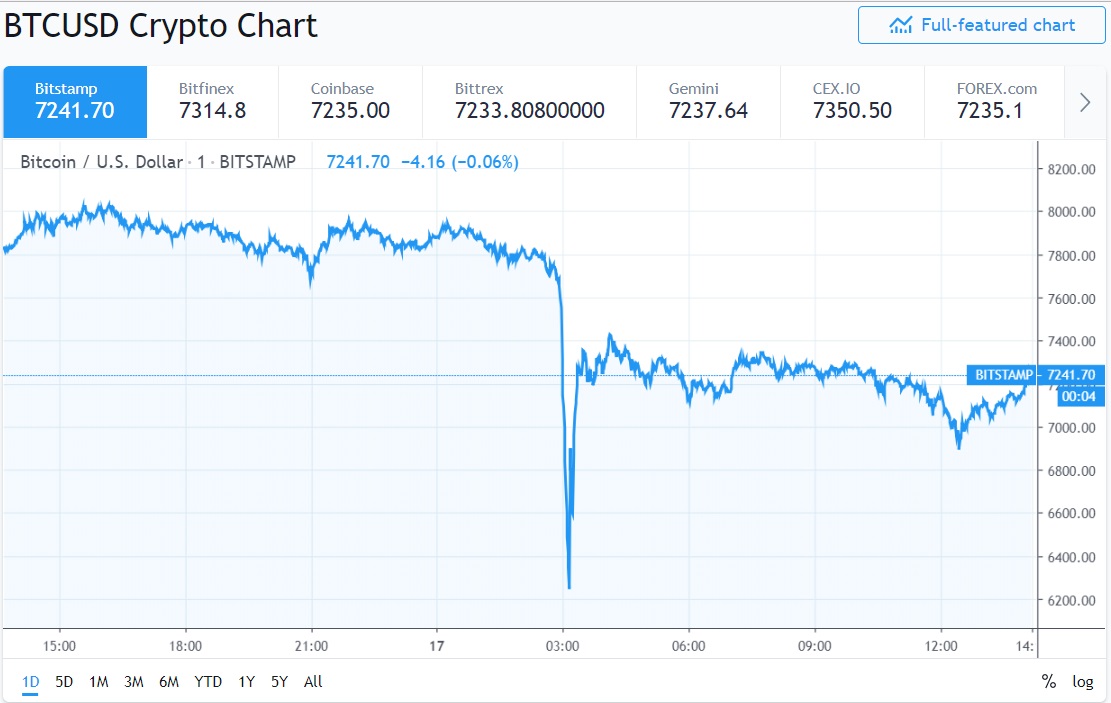 BTC/USD chart on Bitstamp on May 17. Source: TradingView

According to crypto news outlet The Block, the sell order on Bitstamp led to a liquidation of $250 million long positions on the BitMEX exchange, which further resulted in price declines on other crypto exchanges.

As reported by crypto publication Forklog, the sell order on Bitstamp included 5,000 bitcoins sold at $6,200. Some people in crypto community suggested that the sell order could be made by mistake, with the order’s owner having been meant to sell his bitcoin at $8,200 instead of $6,200.

Bitcoin is down around 10% over the past 24 hours to trade at $7,166 at press time after trading at around $7,800 yesterday, while 19 out of the top 20 cryptos by market cap are seeing major losses, according to data from CoinMarketCap.