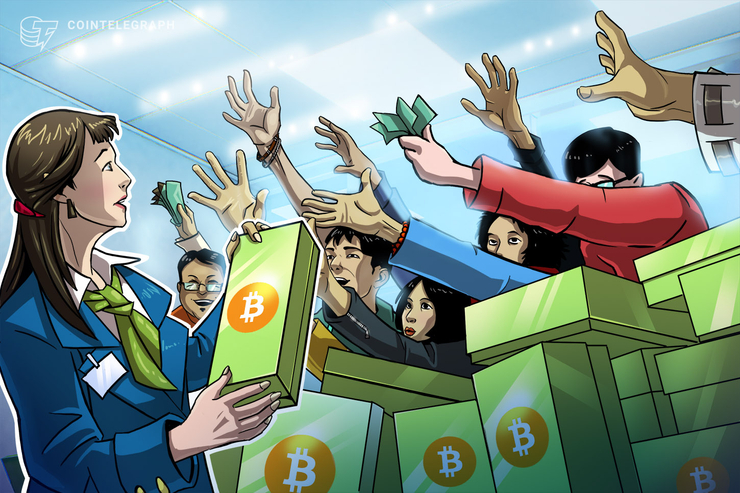 Per the report, the ICAP unit of the firm now allows its customers to buy or sell the Chicago Mercantile Exchange’s (CME) bitcoin futures. In June, the Chicago Board Options Exchange’s bitcoin futures will expire with no current plans for renewal, leaving the CME as the sole offerer of BTC futures.

TP ICAP also reportedly expects to add non-deliverable forwards tied to the largest cryptocurrency, and then plans to open desks in Asia and the United States. Bloomberg claims that the company took the decision due to a decrease of its core business model:

“Interdealer brokers have traditionally relied on handling trades for banks, but their volumes shrunk in the aftermath of the financial crisis. A profit warning last year wiped 36% from TP ICAP’s market value in a day. It’s regained about 10% since then to 1.6 billion pounds ($2 billion).”

The author of the report also points out that customers have to comply with Know Your Client and Anti-Money Laundering regulations in order to access bitcoin through the firm’s services. Furthermore, TP ICAP also reportedly considers other digital assets, such as altcoins and tokenized, to be real-world assets. Bloomberg quotes the firm’s head of digital asset market, Duncan Trenholme, illustrating the company’s interest in the industry:

“We want to be close to what’s happening within this nascent asset class because we believe it’s important to invest in the early stages of a growing market. [...] TP ICAP also understands that this technology could disrupt or impact other asset classes where we currently operate, so we feel it’s important to be informed.”

Earlier this week, JPMorgan Chase wrote in a report that the Bitcoin industry has changed considerably since 2017, citing an increase in institutional interest.