Operating under China’s Ministry of Industry and Information Technology, CCID first launched its monthly crypto ratings report in May 2018, and awarded major altcoin Ethereum (ETH) the top-rated crypto position out of the original 28 coins.

In its latest crypto rankings report, CCID has added a new entrant to the list, having analyzed 35 digital coins instead of 34 cryptos like in the previous report. Having entered the rating list, TRON (TRX) has beaten Ethereum and placed second. 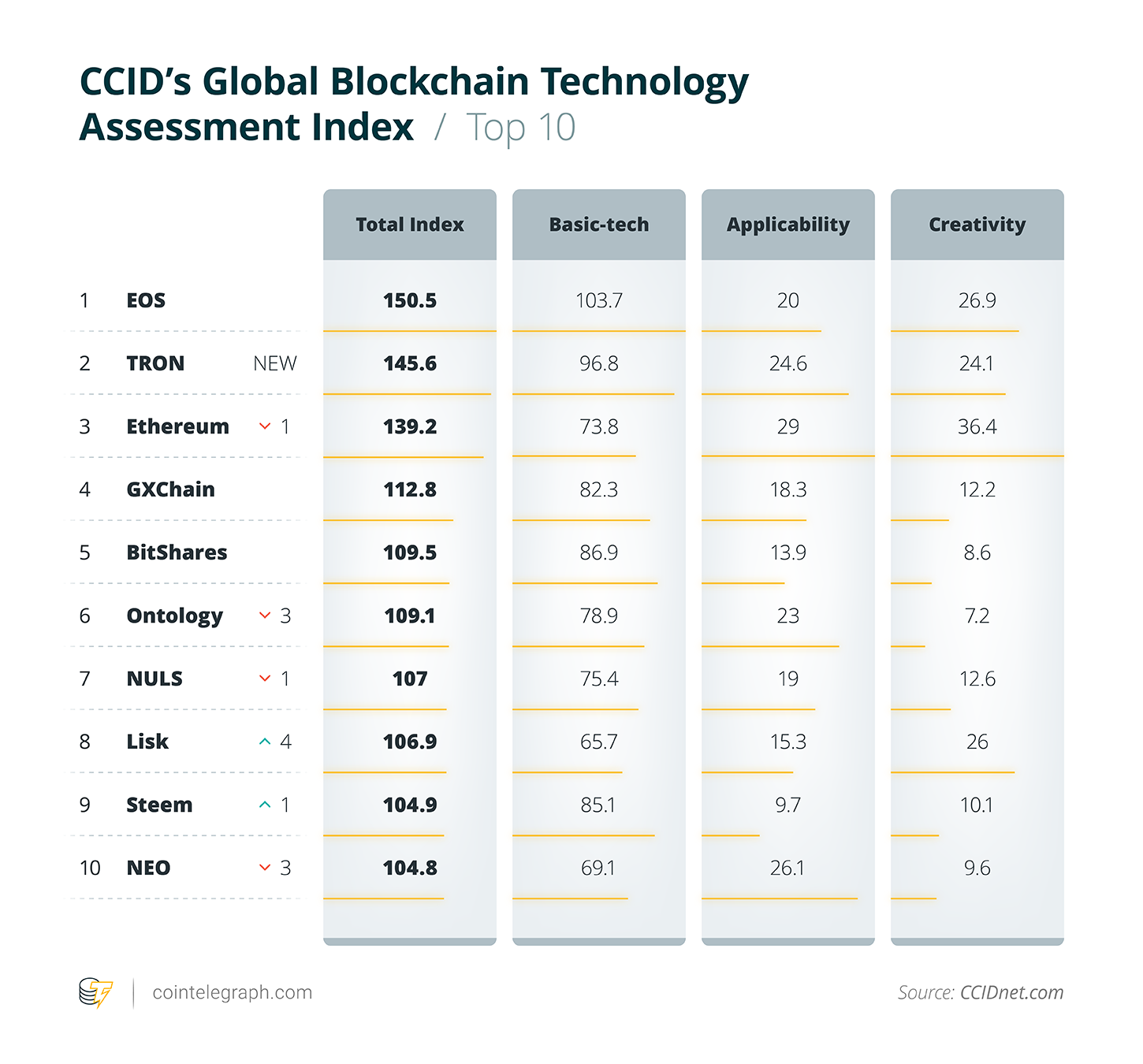 Previously ranked 15th, biggest cryptocurrency Bitcoin has come up to 13th in the CCID’s rankings.

NEM (XEM) has been ranked with the lowest position at number 35, having lost its higher position to major altcoin Litecoin (LTC).

Since June 2018, the CCID has been featuring EOS as the top cryptocurrency in terms of three aspects: basic technology, application and innovation. EOS is currently the fourth top cryptocurrency by market cap at press time, accounting for $3.2 billion of the total market of around $130 billion, according to CoinMarketCap data.

Recently, Cointelegraph reported on hackers who managed to move around $7.7 million in EOS from a hacked account due to an alleged update failure by one of the EOS block producers. In early February, the EOS team was reported to have handed over a number of $10,000 bounties for critical vulnerability reports.