All of the top ten cryptocurrencies by market cap are seeing losses today, after news of the hack of the world’s sixth largest crypto exchange, Bithumb.

All of the top ten cryptocurrencies by market cap are seeing losses today, June 20, as data from Coin360 shows. Total market capitalization of all cryptocurrencies has dropped to just under $284 bln at press time, losing around $10 bln from its yesterday’s high of $294. 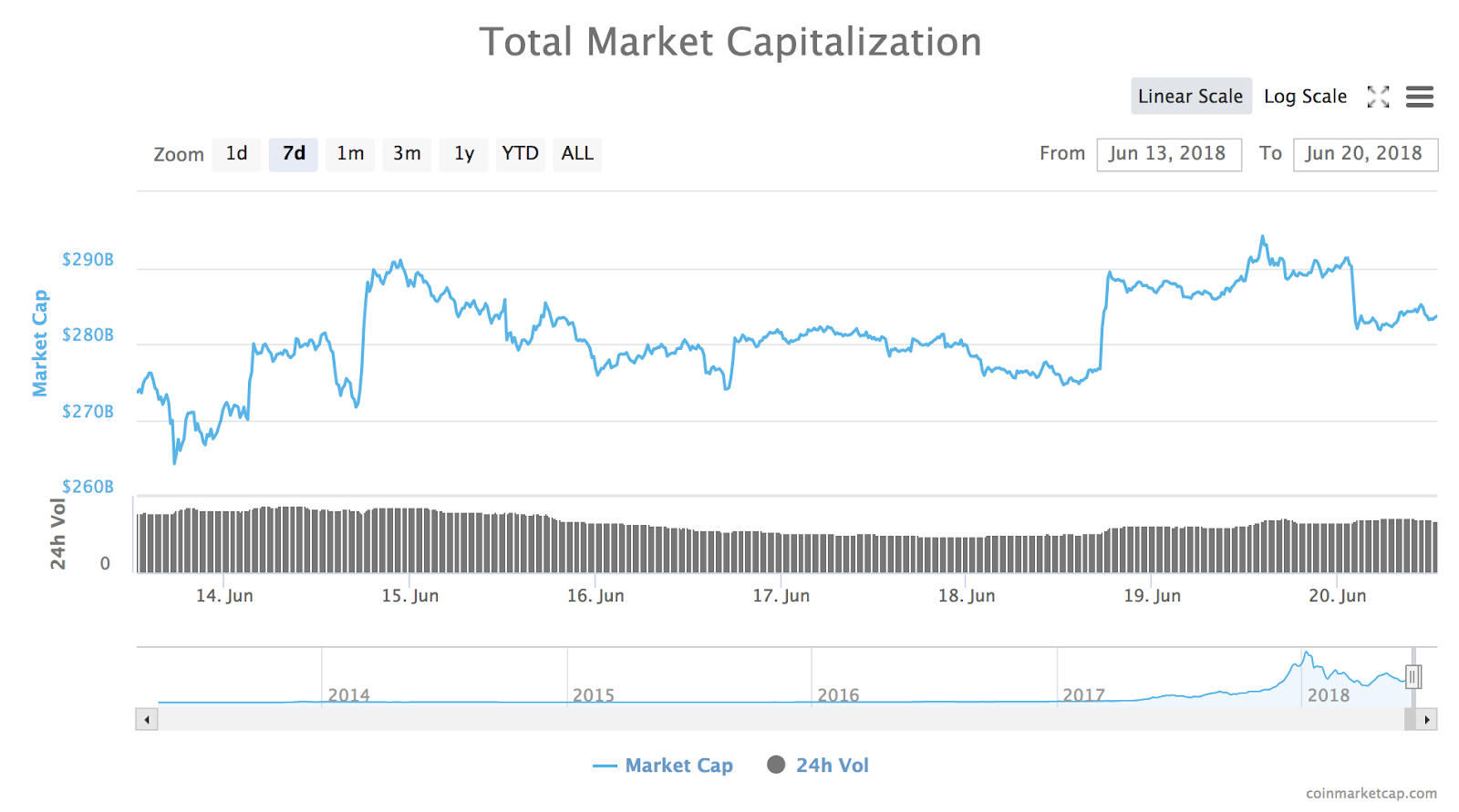 Bitcoin (BTC) is trading around $6,663 at press time, down 2.6 percent over the 24-hour period. The leading cryptocurrency’s losses follow upon a bullish couple of days, during which BTC hit a high of almost $6,800 yesterday, June 19, outdoing even the sharp $300 spike in its price the day before, June 18. 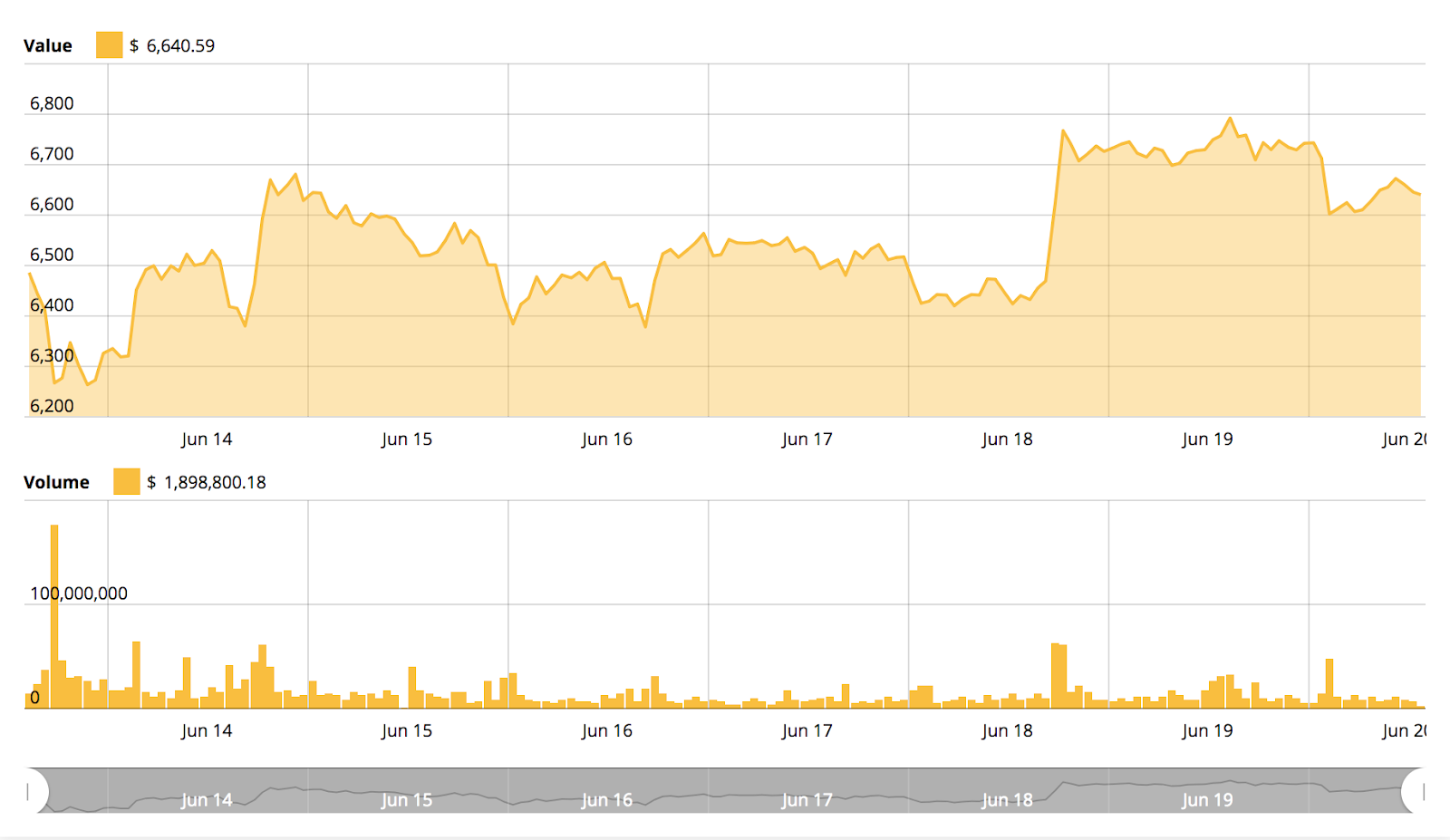 Ethereum (ETH) has seen over a 2 and a half percent loss in the past 24 hours, trading around $523 at press time. The leading altcoin is nonetheless holding ground above the $500 mark, after an intra-weekly low saw it drop to $486.

All of the top ten cryptocurrencies by market cap are seeing losses of between 1 and 8 percent, according to Coinmarketcap, with IOTA (MIOTA) hit hardest, trading at $1.14 to press time, down 7.15 percent over the 24 hours.

Today’s reversal of the markets’ bullish flash June 18-19 is likely a response to breaking news of the theft of $30 mln from the world’s sixth largest crypto exchange Bithumb, the leading crypto trading platform in South Korea.

According to Cointelegraph’s personal correspondence with Korean resident officials from the Sentinel Protocol, Bithumb’s hot wallet was hacked on the night of June 19. Prior to the hack, Bithumb had moved a large amount of Ethereum to cold wallet storage after noticing abnormal access on its servers, also announcing an abrupt server check June 16 “in order to maximize security settings.”

The Korean Ministry of Science and Technology today announced it would be opening an urgent investigation into the causes of the theft, alongside the Korea Internet & Security Agency (KISA), police and other agencies.

Although Bithumb had said it would compensate users, its original tweet pledging to do so has now been deleted, raising alarm among crypto commentators.

News of a breach of a major crypto trading platform can significantly dent market confidence, and the incident has already drawn attention from international mainstream media.

Earlier this month, news of the $37 mln hack of a minor Korean crypto exchange Coinrail - ranked the 99th largest crypto exchange by volumes globally at the time - similarly drew Bloomberg, the Wall Street Journal (WSJ), Reuters, and the Guardian to all attribute the markets’ grim performance to the incident.

While security incidents continue to feed Fear, Uncertainty and Doubt (FUD) that can be damaging to the crypto markets in the short term, the CEO of Goldman Sachs said yesterday that he believes cryptocurrencies could “work out” over the longer term, remarking that it is “too arrogant” to argue that crypto cannot be adopted on a large scale only because it is “uncomfortable” or “unfamiliar.”