Crypto markets keep being stuck despite big news, including institutional investments in crypto, and the SEC’s establishment of a Bitcoin ETF review deadline.

Saturday, Oct. 6: crypto markets keep remain fairly stable on the day, despite this week’s major news in the industry, including institutional investments and an update from the SEC on their highly-anticipated Bitcoin ETF decisions.

CNBC’s CryptoTrader host Ran Neuner commented on Twitter today that all of this week’s “good news” – such as retail brokerage firm TD Ameritrade and Ivy League U.S. university Yale moving into crypto – are “related to investment & speculation.”  Neuner suggested that perhaps such news was not moving the market because the market is now geared toward a narrative “of adoption and  mass real world usage.”

Indeed, Bitcoin (BTC) has recently shown uncommon price stability over the past month, hovering comfortably between $6,300 and $6,600 starting from September 6, according to Cointelegraph’s Bitcoin Price Index.

All top coins, with the exception of Ripple (XRP) are also showing little change, namely over the past 24 hours, as data from Coin360 shows.

Bitcoin has been trading around $6,600 threshold for the majority of the day, with an intraday high of $6,643 and low of $6,566. The major cryptocurrency is trading at $6,597 at press time, seeing almost no price fluctuation over the past 24 hours, with growth of around 0.2 percent.

As shown on the one-year price index of Bitcoin, Bitcoin has been actually hovering around the same levels starting from mid-June this year roughly, when the cryptocurrency was trading at $6,500. However, Bitcoin has also seen some spikes during the period, with its price breaking the $7,000 point three times, on July 17, August 28, as well as Sept. 1. 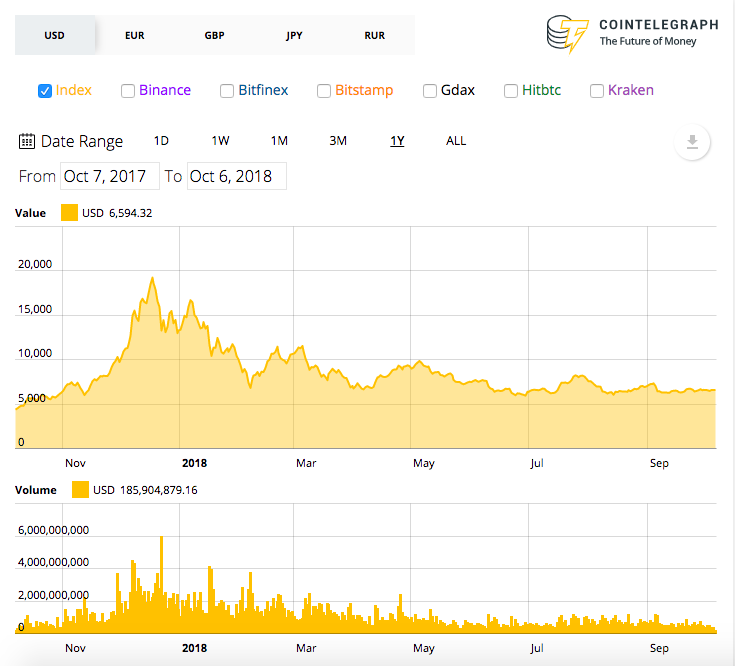 Ethereum (ETH), second cryptocurrency by market cap, is up slightly, around 0.39 percent over the past 24 hours to press time, trading at $224. Looking at the coin’s one-year chart, the leading altcoin is just recovering now from recently hitting this year’s lowest point so far at $175 on September 12. 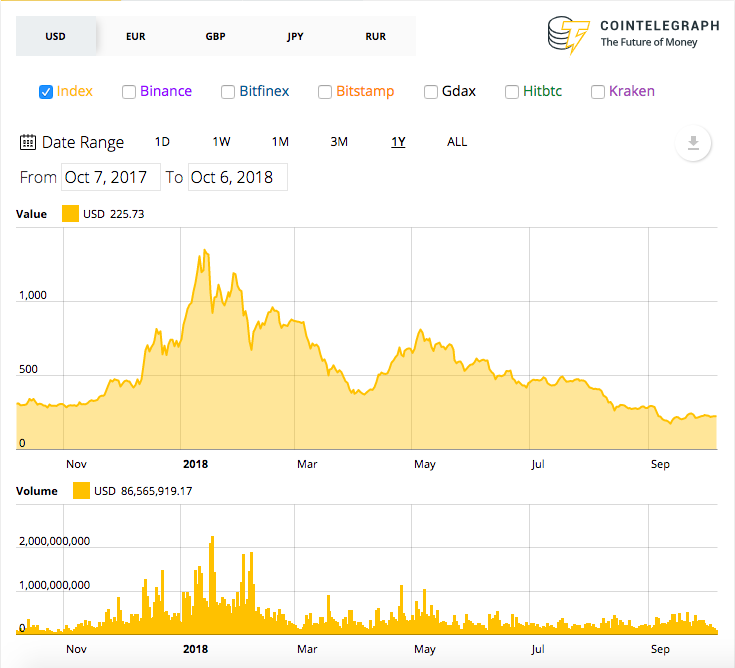 Ripple (XRP), the third largest cryptocurrency by market cap, has seen much more dramatic price movement on the day then its fellow coins, dropping 7 percent over the past 24 hours and posting almost 15 percent losses on the week.

However, the major altcoin is still significantly up over the past 30 days, surging around 80 percent over the day on September 21 and bypassing Ethereum to move into second place by market cap. Ripple is holding around 60 percent of its gains over the 30 days period now. 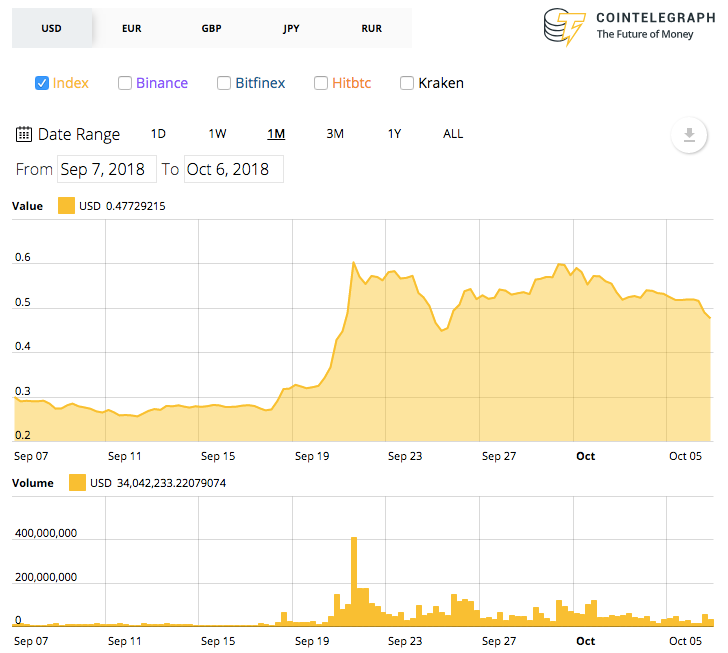 Binance Coin (BNB) and NEM (XEM) are seeing the largest losses – although still quite mild – across the top 10 to 20 coins by market cap over the past 24 hours. Binance Coin is down around 1.8 percent, trading at $10.44, while NEM is down 2.35 percent, trading at $0.103. Earlier this week, NEM had seen significant growth, followed by a second day of gains. At press time, NEM is still 8 percent up over the week.

Later in the week, the U.S. Security and Exchange Commission (SEC) set a deadline for reviewing proposed rule changes related to a series of applications to list and trade various Bitcoin (BTC) exchange-traded funds (ETFs) – a highly discussed topic in the industry.