The US Marshals are beginning the process to auction of 50,000 bitcoins seized from Silk Road, Mike Hearn warns about the dangers of autonomous machines and suggests a self-ownership solution, Google and Square rumored to be collaborating on an OTC sales platform, and much more news that happened on February18. 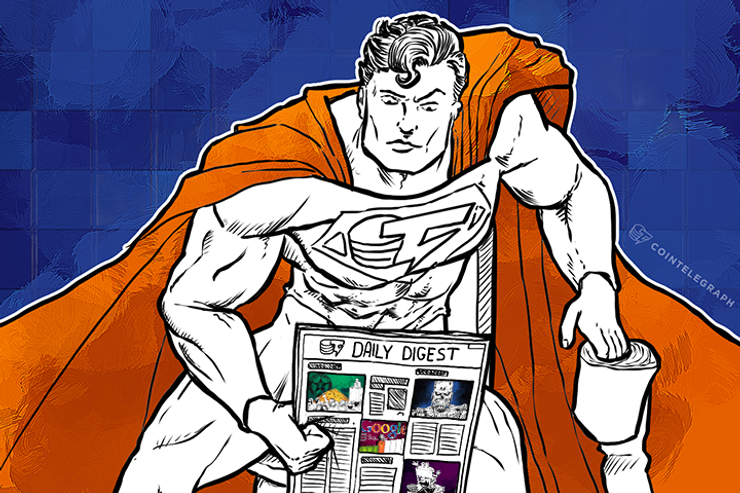 The US Marshals are beginning the process to auction of 50,000 bitcoins seized from Silk Road, Mike Hearn warns about the dangers of autonomous machines and suggests a self-ownership solution, Google and Square rumored to be collaborating on an OTC sales platform, and much more news that happened on February18.

The US Marshals Service looks set to begin auctioning off 50,000 bitcoins worth just under US$12 million. The funds had originally been seized as part of the Silk Road Trial, and following this month's conviction of Ross Ulbricht, the coins will now be sold off.

“Registration has already commenced for bidding on the coins, which were seized in October 2013 during a raid on Ulbricht’s computer equipment, and will run until March 2. The auction is made up of two series, 10 blocks of 20,000BTC and 10 blocks of 30,000BTC respectively.”

Security analyst group WizSec has released a preliminary report of their findings in an investigation into the events surrounding the Mt.Gox collapse. Digging deeper into the behavior of the Willy bot that was purchasing over 250,000 BTC in the days leading up to the exchange's closure, the group has found firm purchase-order patterns.

“At this point, we had strong indications that Willy was an automatic bot which was at times controlled by its operator, and [we have] already identified multiple instances of likely such interactions by this user. … [R]egular absence of any activity during certain hours of the day would be a possible indication of the user's sleep cycle, which in turn could be a clue as to in which part of the world they were located (based on the time zone).”

Mike Hearn – machines should own themselves, and get paid in Bitcoin

Bitcoin core developer, and architect of Lighthouse, Mike Hearn, has added his voice to discussions around the future of autonomous robots and the-internet-of-things. Proposing a solution in which the individual assets own themselves and earn a 'wage' in bitcoin, Hearn hopes society can avoid a situation in which one or two tech giants dominate the market.

“Hearn expressed fears that if individuals don't take their tech into their own hands, the future of ground transportation – which Hearn argues is self-driving cars – will be owned by cartelized corporations (like Google and Uber). Even when people have designed decentralized technologies, what you get is a winner-takes-all environment where one or two big Silicon Valley start-ups spend their way to dominance and then become entrenched.”

“Recent news that Apple Pay has just been adopted by the US Federal Government for payments by visitors at National Parks may have been the spark for the appearance of the Square-Google collaboration reports last week. The company faces an increasingly harder battle to win over merchant conversions the longer Apple Pay holds the spotlight.”

Filmaker Calvin “C.H.” Trans is producing a video series about people involved in Bitcoin and the way in which the cryptocurrency is fitting into people's everyday lives. Speaking to two of the interviewees in the movie, Cointelegraph has been learning more about what the film-maker is aiming to portray.

“Tran started producing and directing short videos covering the stories of people in Bitcoin while working as a journalist at CryptoCoinsNews (CCN). He published the first three installments with CCN and then realized that he wanted to create something bigger. The idea here is to talk about [Bitcoin] and bring it out into