On March 9, Monero was successfully upgraded via a hard fork.

Once the ASIC miners were taken out of the equation, the network’s hash rate dropped over 80 percent — which, however, might be positive for the cryptocurrency in the long term.

Anonymity above all: Monero’s main principle

Monero is a privacy coin, meaning that it is anonymous and untraceable by design. It was originally created in April 2014 under the name of BitMonero. Eventually, BitMonero was forked and became an open-source project dubbed “Monero” (which means “coin” in Esperanto).

Monero is based on the CryptoNight proof-of-work (PoW) hash algorithm, which entails three key features: ring signatures, which are used to mix the spender's address with a group of others, making it more difficult to trace transactions; stealth addresses, which are generated for each transaction and make it allegedly impossible to track its actual destination by anyone else other than the two parties involved in it; and ring confidential transactions, which are used to conceal the transferred amount.

XMR’s focus on privacy helped it to stand out from more conventional cryptocurrencies and become a relatively popular means of payment within the underground economy, namely on darknet markets like Alphabay and Oasis. In 2016, partly due to being integrated on those trading platforms, XMR experienced more growth in market capitalization and transaction volume than any other cryptocurrency, skyrocketing almost by 2,800 percent, as per CoinMarketCap. Currently, XMR is the 13th-biggest coin by market cap, with equivalent of over $845 million. 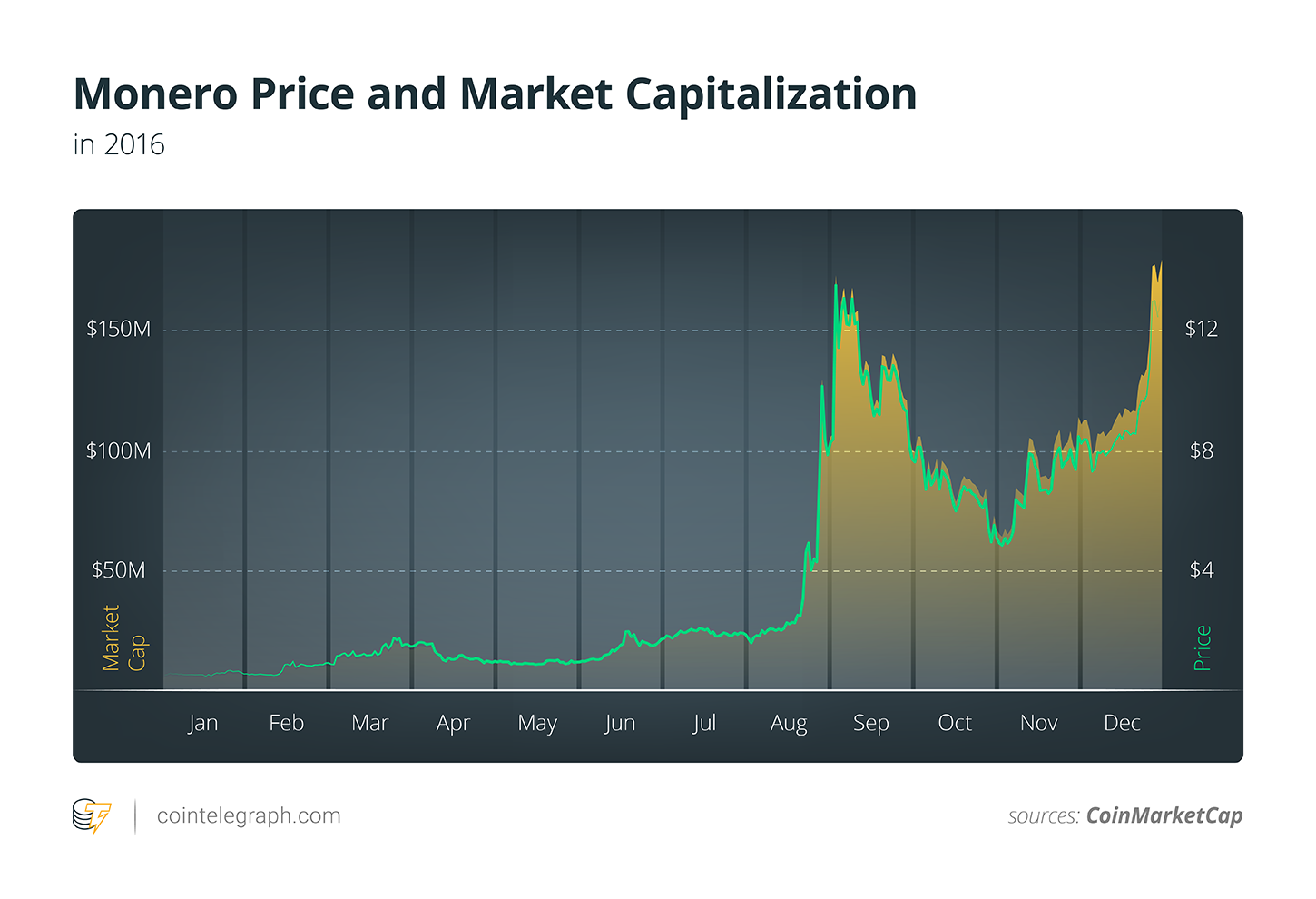 Monero’s alleged privacy has attracted a lot of controversy. For instance, as previously reported by Cointelegraph, Monero has been endorsed by white supremacists like Christopher Cantwell specifically for its focus on anonymity.

Consequently, it has also drawn pushback from mainstream players such as Japan-based Coincheck, which chose to remove XMR and three other anonymity-focused altcoins due to Counter-Terrorist Financing (CTF) and Anti-Money Laundering (AML) procedures imposed by the local financial regulator. More recently, the Finance Committee of France’s National Assembly suggested a ban on anonymous cryptocurrencies, including Monero.

Notably, the United States Drug Enforcement Administration (DEA) has claimed that, although privacy coins are less liquid and more anonymous than BTC, the agency “still has ways of tracking” altcoins, including Monero specifically.

The upgrade v 0.14.0, dubbed “Boron Butterfly,” was activated at block height 1,788,000 on March 9, as per the previously released schedule. Given that it was a noncontentious fork, no chain split occurred. Monero’s hard forks are normally planned every six months in order to ensure sustainability.

According to the log, Monero’s privacy was enhanced via payment ID changes, and a new dynamic block size algorithm was introduced to prevent blockchain bloating attacks.

More importantly, the upgrade introduced a new PoW algorithm, CryptoNightR, also known as Cryptonight variant 4 (CNv4). Specifically, this algorithm introduced ASIC-resistance in a bid to keep the network decentralized. Monero has been pushing out ASIC-powered mining from the XMR network since its birth, but the code has to be updated regularly to ensure that.

“The point of making Monero ASIC-resistant is to ensure sufficient decentralization of the network, since ASICs are far from being commoditized. As one of the goals of the project is to be a fungible currency, it is also important to be censorship resistant (for instance so nobody can try to enforce or be pressured to enforce only a subset of whitelisted transactions to be mined).”

“The CryptoNightR algorithm is essentially another tweak that aims to reduce the efficiency gap for ASICs. One of its features is including random code generation, which presumably makes it more difficult for ASIC manufacturers to design and build a device,” an active Monero community member told Cointelegraph via direct messages on Reddit.

“ASIC resistance is currently the philosophy of the community.”

Indeed, as Mark D’Aria, founder and CEO of Bitpro, a New York-based installation and mining operation management firm, told Cointelegraph, ASIC-powered rigs are not necessarily welcome by developers because of their profit-driven nature, especially when it comes to cryptocurrencies with smaller market caps:

“Because ASICs are specialized hardware used to compete in a zero sum game for block rewards, manufacturers are incentivized to keep their development secret to protect their competitive edge. Unlike GPUs which are general purpose hardware, ASICs are basically money printing machines, and nothing more. For an ASIC manufacturer their goal is obviously to make the most money possible — and in most cases, particularly for smaller market cap coins, there's no way to justify selling the device for less money than they project that it can print.”

Since the Boron Butterfly hard fork has been activated, Monero network’s hash rate initially dropped over a whopping 80 percent — which seems to indicate that the network was once again largely controlled by ASIC-powered rigs despite Monero’s previous efforts, as mining operations eventually get updated to comply with new algorithms. 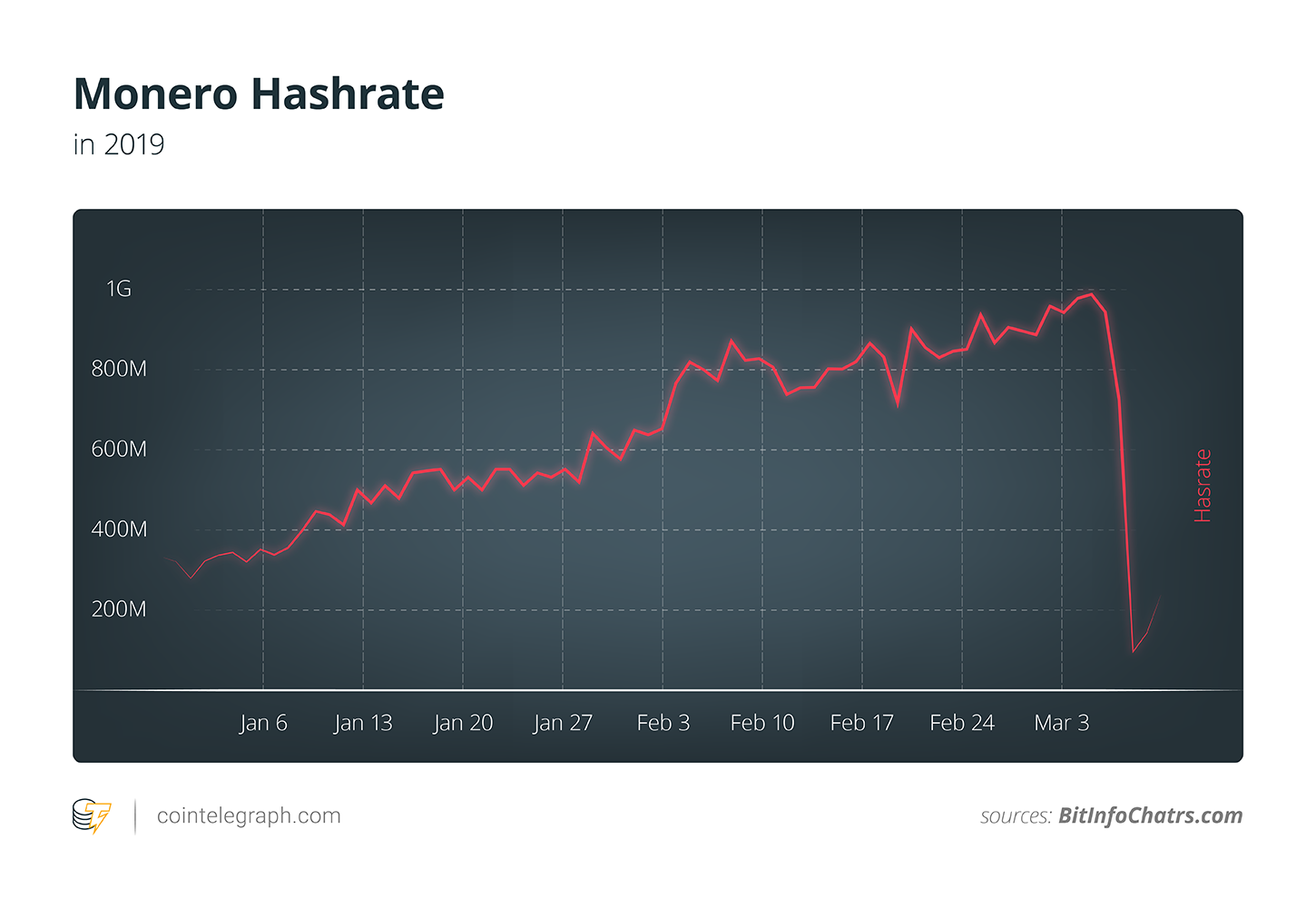 Binaryfate argues that the drop is not harmful for the network, adding that the hash rate always takes a day or two to adjust, and already looks “pretty stable” at this point:

“The PoW algorithm has changed and you cannot compare the hash rate pre and post fork in terms of absolute numbers. The cost of the energy being burned for mining is a good metric for the security of the network (provided it is also decentralized), and there is no indication that less energy is burned now than before the fork.”

As a Monero community member told Cointelegraph, the hash rate was approximately 350-400 megahash per second (MH/s) before ASIC devices entered the network, and is expected to come eventually back to that level. The hash rate seems to be around 269 MH/s as of press time.

According to D’Aria, the ASICs might still take over eventually — and largely outperform GPUs as per the current PoW:

“The biggest problem of all though – one that is highly problematic for their [Monero’s] cryptonight PoW, no matter how many tweaks they make each 6 months – is that cryptonight ASICs are vastly more efficient than GPUs can ever be. Once the ASICs hit the network, they raise difficulty to such extremes that no GPU can ever be profitable,” he explained, adding how ASIC domination might undermine the token’s integrity:

“By the time of the Monero fork it was estimated that well over 80% of the hashrate was ASIC, and it would have been trivial for them to 51% attack the chain. In theory they could double spend, or even use the threat of the double spend to in essence blackmail the community into not making changes that would hurt their bottom line. Monero could not be taken seriously as a store of value if it was under the control of such entities, thus the situation undermines the entire value proposition of the blockchain.”

Therefore, by cutting out ASIC miners, Monero aims to remain a decentralized and open-source project. As for now, the most evident consequence of its recent hard fork is the shutdown of Coinhive, a JavaScript-based digital currency mining service that banks on a computer code to be installed on websites.

Once set up, the service used some of the computing power of a browser that loads the site in question. Although Coinhive was not an inherently malicious code, it had become popular among hackers for cryptojacking.

On Feb. 26, the mining service announced it will stop its operations on March 8. “The announced hard fork and algorithm update of the Monero network on March 9 has lead us to the conclusion that we need to discontinue Coinhive,” they wrote.