Publicly traded Bitcoin fund Grayscale Bitcoin Trust filed a form with the United States SEC to become the first crypto fund to report to the regulator.

Grayscale Bitcoin Trust filed a form to become the first crypto fund to report to the U.S. SEC 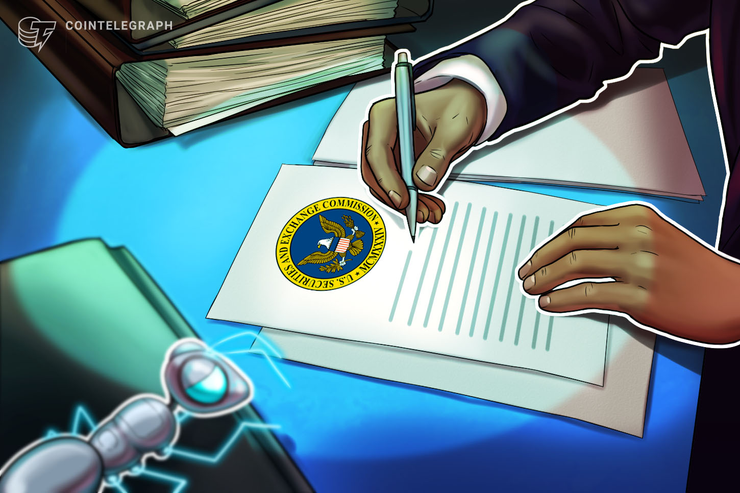 Grayscale announced in a blog post published on Nov. 19 that, if the filing will be deemed effective by the SEC, several aspects of the fund’s operations could change.

In the event of approval

The firm notes that, if the regulator deems the filing effective, the structure of the trust will remain the same and it will not be added to a national securities exchange. However, there will be some changes to Grayscale’s scope and operations.

Should the SEC accept Grayscale’s filing, it would designate the fund as an SEC reporting company and obligate it to register its shares under the Exchange Act. Furthermore, as many institutions block investors from considering trusts based on SEC-approval, Grayscale’s eligible investor audience could widen. The SEC’s auditing standards would also be applied to Grayscale.

The firm also noted that accredited investors will benefit if the filing is approved:

“Accredited investors who have previously purchased shares in the Trust’s private placement would have an earlier liquidity opportunity, as the statutory holding period of their private placement shares would be reduced from 12 to 6 months.”

Grayscale is not the only fund seeking to give investors easy exposure to Bitcoin. As Cointelegraph reported in September, investment management firm VanEck also launched its own Bitcoin trust, and issued just four Bitcoins during the first week of operation.

Grayscale’s regulatory foray follows a record year for the trust, which saw inflows of $254 million in total investment into its products in the third quarter of 2019. Q3 2019 marked the highest demand for the company’s offerings since its establishment, making a threefold quarter-on-quarter increase from $84.8 million in Q2 2019.